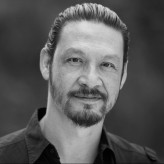 Michael Teo is a fashion, commercial and portrait photographer based in Melbourne. Having originally pursued a career as a classical musician has brought both a disciplined approach and refined sensibility to his photographic work. His work has won many awards both in Australia and internationally including, controversially, 2017 Victorian Epson Professional Photographer of the Year and Portrait Photographer of the Year, which were later disqualified, but subsequently lead to a change in the rules the following year. His greatest skills are in getting the best out of people, making them feel comfortable and relaxed in front of the camera so they can truly be themselves. He believes that the art of photography lies not in the camera but in an authentic connection to the subject, whether it is a commercial brief or a simple portrait. He loves working with creative teams to realise a vision and produce images that provoke thought and inspire as well as being aesthetically satisfying. Michael is vegan and lives in Melbourne, Australia in an old Victorian home with his wife, daughter, three chickens, three guinea pigs and a cat.

There are two sides to the beauty industry: the glamorous façade – fuelled by advertising, fashion shows and Yo…