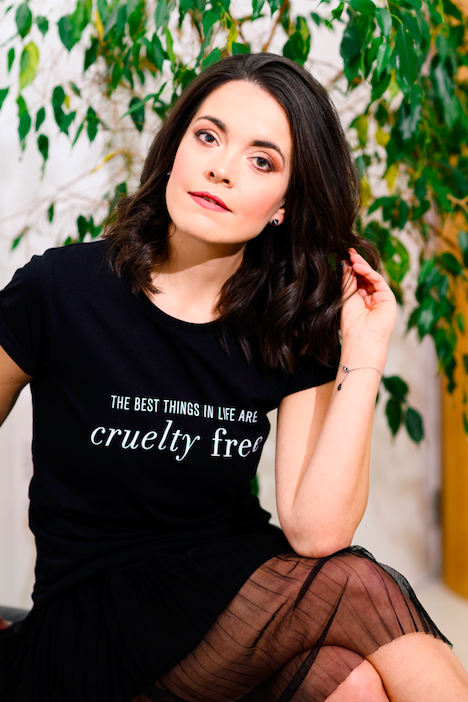 When I launched this site six years ago, I had a clear vision of what I wanted it to be. The idea came to me while sitting at my desk at my fashion job in Milan, looking through some Fashion Week photos (yes, I was actually required to do that for work! And yes, I still left that job). Up to my eyeballs in glamour and sophistication, something stood out to me: the constant repetition of certain words. Fur. Leather. Snakeskin. Cashmere. Dead animals. Dead animals. Dead animals.

I had stopped eating meat at the age of 11 – as soon as I had realised that humans can be vegetarian. It was obvious to me that I would stop wearing leather as well, and I had grown up with the overwhelming, instinctive feeling that wearing animals was wrong. This conviction had followed me into the fashion industry: where my coworkers saw a covetable pair of shoes, I saw death and suffering. And as magazine addict, I kept seeing it over and over again.

Despite my love for magazines, I couldn’t help but notice the number of times that I flicked past a fur editorial, a feature on meaty recipes, or an entire beauty section where all the products were tested on animals. As I began a career of writing for the magazines that I had grown up reading, an idea started taking shape: what if I could start my own magazine? One for people like myself, who were passionate about style and loved nothing more than flicking through a magazine – but who also wished to find a way to wear their ethics and still feel stylish and empowered? A magazine that featured only vegan fashion and didn’t Photoshop their models into something that vaguely resembled a human. A magazine that did beauty pieces that I could actually feel inspired by, without thinking of animal testing. A magazine that didn’t want to drown their readers in ads for brands that polluted the planet. A magazine for the future. 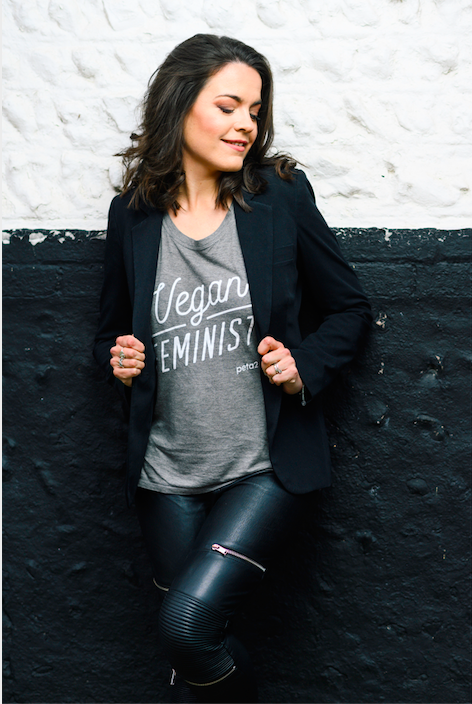 When I launched this magazine, I had many visions for what I wanted it to be.

And “digital only” was not one of them.

You see, I have always love the feel of a print magazine: leafing through it, feeling the glossy paper under my fingers. Seeing the colours pop on the page. Keeping the magazine for months, sometimes years instead of carelessly tossing it away. Magazines were treasured keepsakes for me – and my ultimate life goal was to create one of my own. The website was only meant to be a first step, a way to find our voice and our tribe, before we embarked on the real adventure: an actual magazine.

Through the years, Vilda has evolved to become so much more than “just” a vegan fashion magazine. We’ve created lots of vegan fashion editorials, sure – but we’ve also spoken out against corporate greed, stressed the importance of collective action and questioned terms like “cruelty-free”.  And what I am most proud of is that we did it before it was the cool, hashtaggy thing to do.

But it’s not enough.

I look at this site and what I see is that after six years, while I’m immensely proud of Vilda, it’s not what I set out to create – or at least it’s not what I meant for it to grow into. We still have a long way to go in terms of thoughtful, insightful reporting, in terms of diversity and representation, and in terms of being the best magazine we can possibly be for our readers. And now, in this crucial time of social awareness, our magazine needs to be the strong, empowering voice I set out for it to be.

So today we are launching a project that we hope will take us to this next step in our adventure: our Kickstarter campaign, where we aim to raise £16,000 for the creation, development and distribution of a brand-new Vilda: a print publication that will also be available to download digitally (for those who wish to cut down on their paper use).

This magazine will be an amplified version of the website you have gotten to know during these last few years. It will bring you even more inspiring editorials and introduce you to new developments in vegan fashion and material innovation – but it will also become a place of diversity and inclusion – something that the vegan movement sometimes struggles with – a strong voice for feminism and equality, and an antithesis to stereotypical fashion magazines that are built around a capitalist desire to shame women into parting with their money. We won’t alter our models’ appearances with photo-editing programmes, and we will do our best to commit to true diversity – not only ethnic diversity, but also when it comes to age, body types and nationalities. We will work hard on amplifying the voices of vegans, activists and change-makers in less privileged, more marginalised communities, and shed more light on the ways that veganism intersects with other social justice movements such as human rights, environmental issues, LGBTQIA+, women’s rights and more. And – this is a crucial point for me – we will tone down our reliance on newly produced fashion. We will of course still feature editorials and advertorials starring our favourite slow fashion brands, but there will be more emphasis on reducing, reusing and recycling. Second-hand fashion will be a huge factor in reducing fashion’s impact on the planet, and we will be at the forefront of this shift.

It would mean the world to me if you, the readers of Vilda, joined us on this journey towards the creation of a brand-new version of our magazine. As you have been with us through the years, it would be truly meaningful to have your contribution towards a future project that I hope will be the magazine that you aren’t currently finding on the newsstands.

If you join us, we’ll not only give you some truly awesome rewards – see the page to find out! – but we will also take you with us on this wild ride with updates on all the behind-the-scenes action in creating what we hope and believe will be a game-changing publication. And no, this isn’t an exclusive club for vegans – anyone can join (you can totally sit with us). I’ve always hated the word “exclusive”, a frequently used word in fashion, because of what it really means. We don’t want to exclude anyone. We want everyone to feel included.

If you want to be part of this new project we’re building, and receive some cool rewards on the way, please back our Kickstarter campaign today. We will be infinitely grateful for your support and are totally psyched to have you on our side.