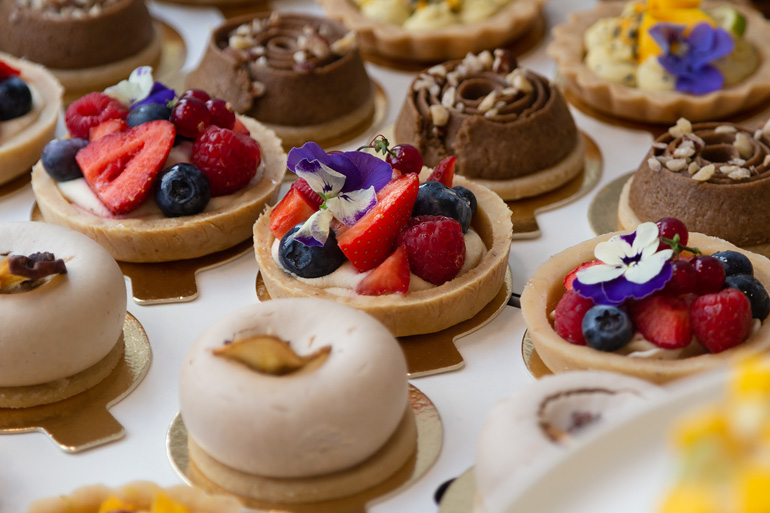 This exprience was kindly provided by France Ecotours

I was recently invited to take part in a condensed version of a new ‘Paris Vegan’ tour organised by France Ecotours. The weather was perfect, the company friendly, and the choice of restaurants, cafés and stores was spot-on – but the best part was having the opportunity to meet the Parisian vegans running the establishments we visited, hear their stories, and get a real insight into the current state of veganism in Paris. Behind the scenes of these beautiful boutiques and stylish restaurants are teams of thoughtful, passionate and creative people who care deeply about all of the issues that veganism addresses, and who endeavour to have a positive impact on the world, each in their different ways.

On the first evening, we had dinner at Le Faitout, a restaurant offering typical French cuisine with not-so-typical ingredients, where we met Olivier Colombe, the owner.

After having bought his restaurant 12 years ago and personally making the change to a plant-based diet in the meantime, Olivier has created vegan versions of traditional French gastronomie dishes, with a particular focus on cheese and meat. He says that many people who eat at his restaurant are surprised to learn that the menu is entirely vegan – which can lead them to regard veganism in a much more positive way.

Olivier enjoys educating people and opening minds, discussing prejudices and pre-conceived ideas. He himself used to eat meat twice a day, but thanks to Aymeric Caron’s book ‘No Steak’, as well as recipe books by French writers Sebastian Kardinal and Marie Laforêt, he learnt how to eat well, without any animal products involved.

The next morning, we met for breakfast at Comptoir Veggie, a cute, plant-filled café-restaurant – with the best hot chocolate in Paris.

Justine Combeaud, owner and head chef, said that when she lived in London ten years ago she had no problem finding vegetarian and vegan food – but back in Paris, it was a different story.

“France has a strong gastronomy culture that features a lot of meat – other countries are much more open to eating vegan, though progress is being made here.”

Inspired to become vegan for the animals, for the environment and for health reasons, she also loves helping people discover all of the plant-based food she loves best. She opened her café two years ago, and though she says that there are some good French vegan blogs, she mainly looks to American bloggers for recipes, describing them as being ‘way ahead’.

Next we met Raphael Francisco of Aujourd’hui Demain, France’s first one-stop-shop for everything vegan.

He told us that the restaurant is one of the main reasons people visit Aujourd’hui Demain – especially for the cakes – and this is how some people discover vegan food, fashion and cosmetics for the first time. Here, everything is in one place – you can shop for clothes, makeup and groceries, and eat and drink coffee at any time of the day. Aujourd’hui Demain also hosts regular events, like concerts, conferences and workshops.

Though it was for environmental reasons that Raphael first became interested in veganism, he soon learnt more about animal exploitation across industries – and now wants to show people that they can find vegan alternatives to everything.

“When you become vegan you come to understand how many animal products are used everywhere, and you realise that you can’t continue to live that way and use animals as objects.”

All clothing, shoes and accessories are certified as ethically made, and produced in Europe by designers from France, Spain, Portugal, Germany and England. Prices start at 50€, Raphael explained, because affordability is an important aspect of showing people that vegan and sustainable alternatives are available and viable, as well as being beautiful.

We walked through Paris’s 11th arrondissement – with quick stops at the new Les Petites Pâtisseries and the amazing VG Pâtisserie to admire vegan cakes and pastries through windows – to the vegan cheese paradise that is Jay & Joy.

Mary Carmen Iriarte, originally from Venezuela, and Eric Jähnke, her French husband, started Jay & Joy after making the leap from vegetarianism to veganism – cheese being the one thing that kept them from becoming vegan sooner. After learning what happens to animals – to baby cows in particular – in the traditional cheese-making process, Mary and Eric set themselves the task of making delicious, cruelty-free alternatives.

“We’re in Cheeseland! Wherever you go here, people eat cheese – and vegan cheese gives a lot of people the opportunity to join in these happy moments.”

Years of recipe testing, and the development of plant-based methods for growing microorganisms that are traditionally grown in milk, have resulted in Jay & Joy’s range of 20 different French-style vegan cheeses, available in 900 stores around France. There are spreadable cheeses, matured and fermented cheeses, and cheeses that are ideal for pizzas, quiches and even fondues. They also make ‘Joie Gras’ and ice cream.

At their boutique-lab near Bastille, it’s possible to test any or all of these, as well as watch the production process – everything they sell is made by hand right here – though as their products have become so popular, there are now plans to open a larger facility just outside of the city in order to expand production. Mary told us that there has been a lot of hard work involved to get to where they are today, “But when you see people so happy, it’s worth it.”

Our afternoon was spent learning about veganism in France, with Clemence Landeau and Jean-Benoît S. Robert of the Association Végétarienne de France.

The offices of the AVF are in so-called ‘Veggietown’, an area in Paris’s 9th and 10th arrondissements with a high concentration of vegan and vegetarian restaurants. Clemence and Jean-Benoît gave us a fascinating hour-long presentation, explaining attitudes in France to plant-based diets – and underlining the Association’s mission to show people that vegan food is healthy, affordable and delicious.

It’s hard to know exactly how many vegetarians and vegans there are in France, as French ‘vegetarians’ still often eat fish, but the AVF estimate it to be 3-5% of the population – and rising.

“Nearly 50% of the population are interested in vegetarianism, and 8 out of 10 French people say that they eat less meant than they used to.”

Due to an ever-increasing demand, many French companies are bringing new and innovative plant-based products to the market – and the AVF is there to help. From developing the products themselves as well as the marketing campaigns, finding suppliers, and converting vegetarian products to vegan ones, they also certify vegetarian and vegan products with a yellow and green ‘V label’. The AVF also form a fundamental part of the the super cool SMMMILE Festival, an all-vegan food and music festival held in Paris every September.

That evening, in a hidden art gallery in a small street, we were hosted by Claire Brachet, author of Guide Brachet: des vins vegan et végétaliens. Hers is the only book currently available that lists and describes vegan wines – and it also contains suggestions for ideal wine pairings with various vegan dishes.

“Most people think that red wine goes with meat and white wine with fish, but we can also find flavour harmonies with wines and vegetables.”

A long table was set with hand-painted ceramic carafes, small dishes, and an infinity of wine glasses ready to be filled. Over six courses – three to be eaten with white wine, and the following three for the red – Claire explained that she creates her recipes according to which flavour elements will work best with a particular wine. She uses organic, local and seasonal ingredients, and the wine we drank with dinner was also organic and free of additives.

Claire’s grandparents were wine producers and restaurant owners, so food and wine have always been important in her family. Like many vegans, her transition to a plant based diet happened step by step – first avoiding dairy because of an intolerance, and then cutting out meat because it increasingly looked too much like cooking her own flesh. Creating the ‘Guide Brachet’ was a way to help other vegans and vegetarians select the perfect wines to match their meatless meals, safe in the knowledge that no animal products were involved in the production process.

Early on the final day, we went on a guided tour of Le Potager de Roi in Versailles – the King’s Vegetable Garden – where we learnt about permaculture and biodiversity, via tales of the culinary whims and wishes of Louis XIV, and other historical anecdotes. After a quick picnic, we took the train back to central Paris and walked a little way to Véganie, an all-vegan cosmetics store in the 4th arrondissement.

Véganie started as an internet boutique back in 2012, becoming a tiny brick-and-mortar store in 2015. Later this year the company is planning on opening a much larger space in a new location, with an entire floor dedicated to beauty treatments. With over 50 cosmetics, skin care and hair care brands from Europe, the US and Korea, Véganie also have an ever-growing selection of zero-waste products.

All of the products sold here have been carefully selected to ensure that the ingredients are good as well as being vegan – brands must be certified by either the Vegan Society or PETA. The team at Véganie recognise that it can be difficult to understand ingredient labels, and aim to make it easier for people to confidently buy cruelty-free.

Our final destination was Manifeste011 – the ultimate vegan fashion store – and one of the very few places in Paris where you can buy organic and ethically-produced clothes, shoes and accessories. With ‘You are what you wear’ painted in large white letters across the front windows of their boutique for an event held the evening before our visit, sisters Maud and Judith Pouzin talked us through their philosophy on sustainable fashion, and promoting brands that are engaged in helping animals, people and the environment.

“The perfect brand doesn’t exist – the most important thing is to be transparent, so that people know exactly what they’re buying.”

With an absolute focus on quality as well as ethics, Manifeste011 carries around 30 all-European brands, as well as bags and shoes from Canadian brand Matt & Nat. Upcycled materials are a feature – cotton, polymers, bike tyres – as well as new fabrics such as Pinatex, and apple skin leather made in Italy.

Their inspiration for opening Manifeste011 was the must-see documentary ‘The True Cost’, and realising that they could help people, animals and the environment through fashion. They want their customers to buy less, but buy better – a concept that resonates perfectly with us here at Vilda.

Paris is one of the European cities that has seen the most progress when it comes to vegan living – residents can now enjoy plant-based food, ethical fashion and cruelty-free cosmetics all over this city. See our other Paris guides for more travel inspiration and check France Ecotours for a tasty and unique vegan experience in Paris.

For more on vegan travel, sign up for the Vilda newsletter 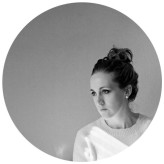 Emilee is a photographer and illustrator based in Paris, France. She has travelled quite a bit and loves chocolate quite a lot. See some of her work at emileeseymour.com