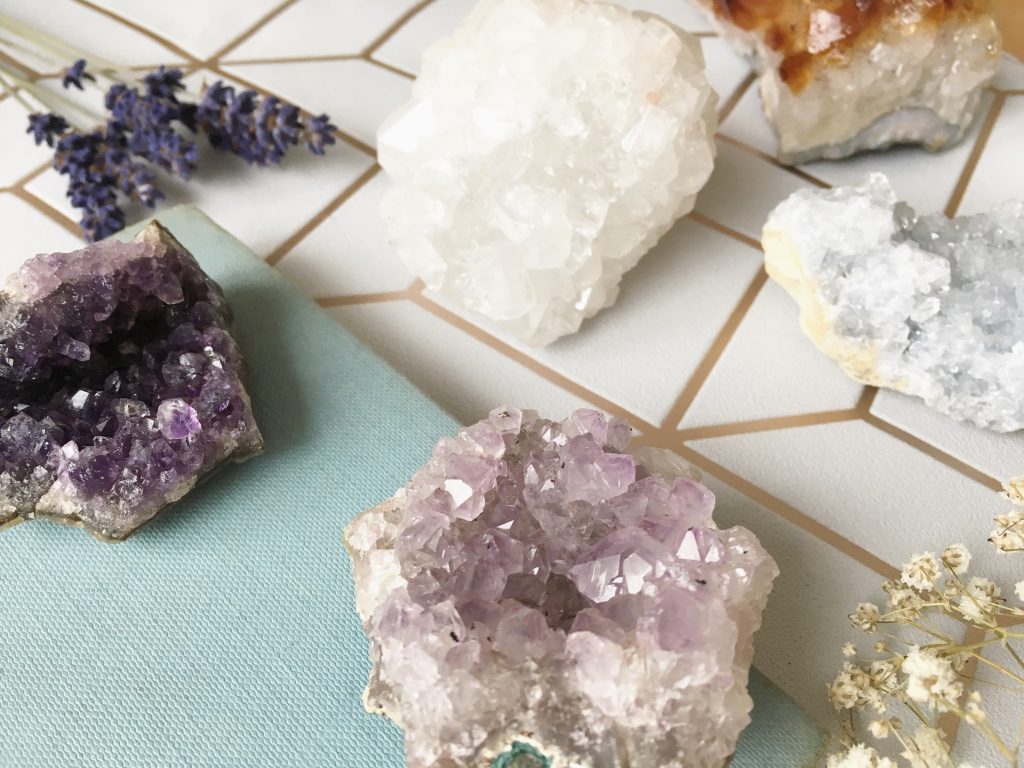 Crystals have been a hot trend for a few seasons now, and chances are you own at least one of these beautiful minerals. Some people use crystals for their healing properties to help with issues like anxiety, some wear them in pieces of jewellery, while others simply have them dotted around the home where they can admire their beauty. But few of us ever stop to think about where our crystals came from.

Crystals can be easily bought online or from local shops and stalls, without the customer spending much thought into where the stones’ journey began. It feels good to support small businesses, yet the glittering display of crystals that sellers offer have changed hands many times before ending up at your local health and wellbeing fair. Crystal sellers purchase their wares from wholesalers, who would likely have obtained them from huge trade shows, such as the annual Gem and Mineral Show in Tucson, Arizona. 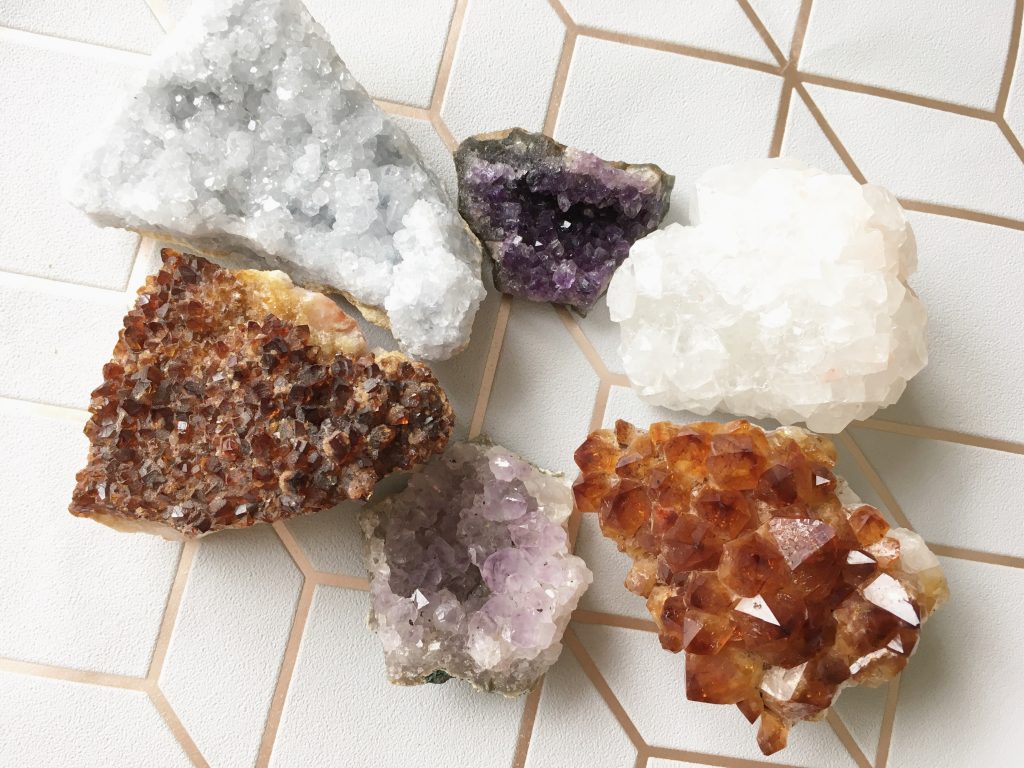 Many sellers admit that even they do not know where their crystals are sourced, as mining supply chains are often complicated and murky. “All I can do is ensure that at least quality and genuine crystals are coming into the market. We’re buying from the best possible sources. But sometimes unethical mines are the only sources of the crystals people want. I try to stay as aware of their origins as possible, but I can be concerned about it while also feeling… impotent? Most retailers feel they want to [be ethical], but can’t implement it,” crystal seller Neil Ashcroft tells the Guardian. 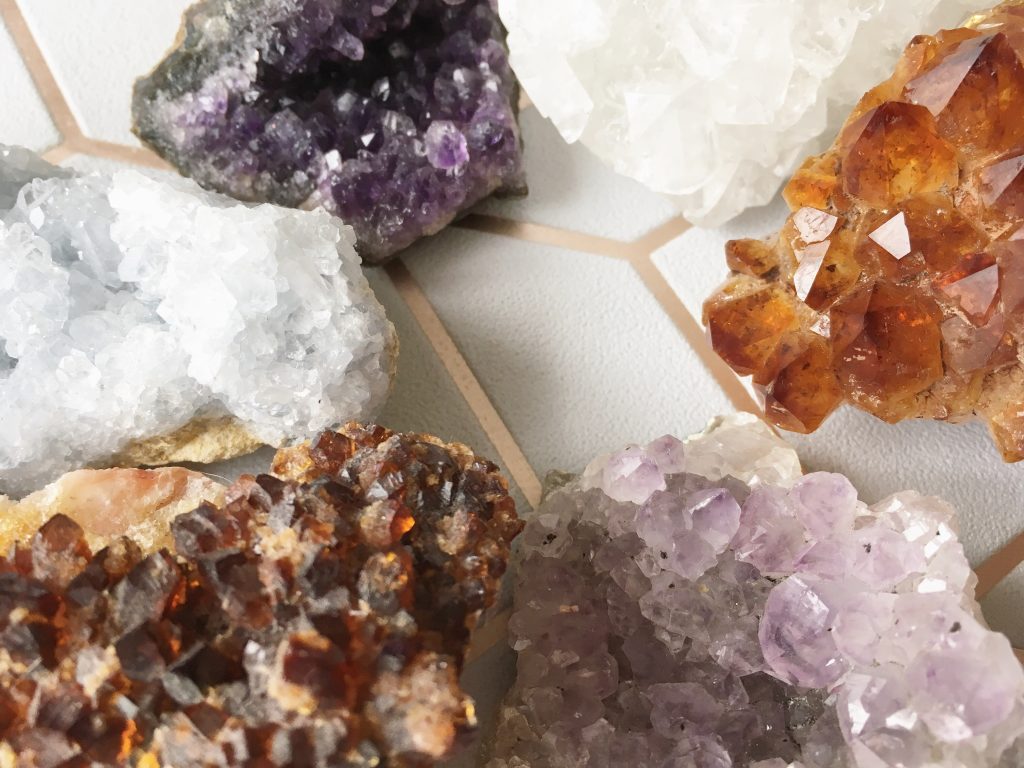 Some crystal mines openly discuss the fact that they use ethically responsible practices, such as the Wegner Crystal Mines in Arkansas, who state: “We are committed to a sustainable future and to improving the social, economic, and environmental well-being of the community.” Such practices include protection of clean water resources, continuous mine reclamation and reforestation, education on the importance of sustainable energy and dedication to community sustainability through education, food bank contribution and job opportunities.

Not all crystals come from mines like Wegner; many are mined as by-products of other industries such as gold and copper. The mining of minerals can result in severely adverse effects on the environment, including loss of biodiversity, erosion, contamination of water and soil and even the formation of sinkholes. Mining also has the potential to affect the health of nearby communities as a result of contamination caused by the leakage of chemicals. 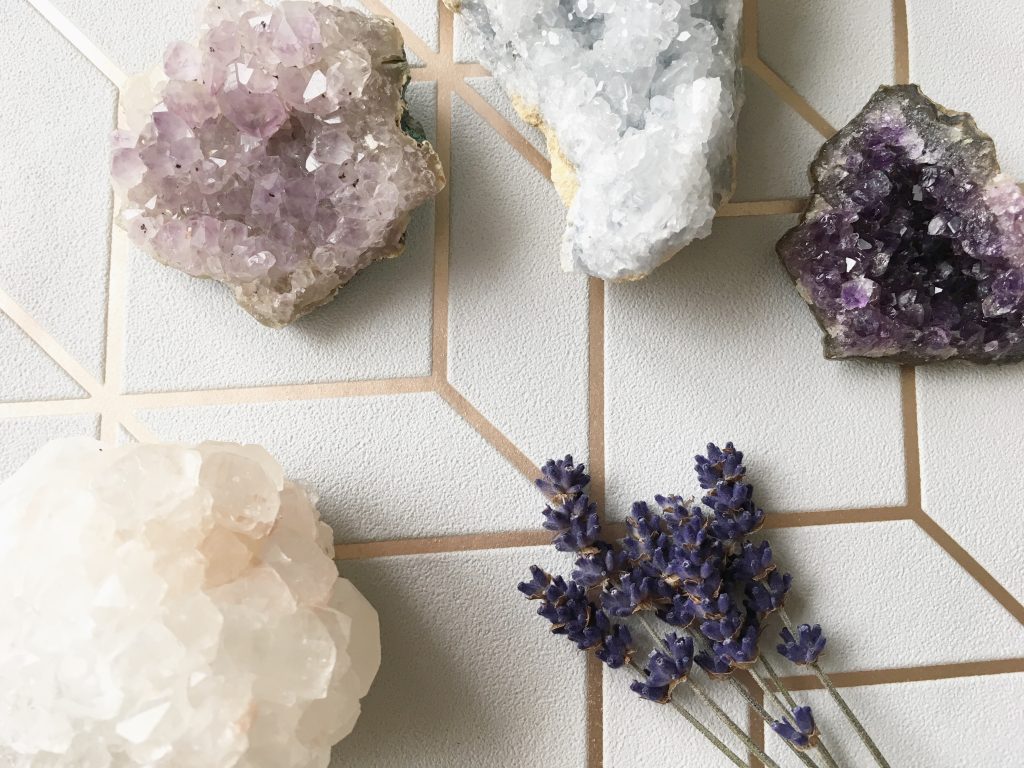 Crystals can range greatly in price, from a few pence for a simple tumbled stone to a few thousand pounds for a giant geode. Rare specimens can fetch millions. The recent surge in popularity of crystals has led to some companies greatly inflating their price, yet they seem reluctant to disclose their ethical policies.

The New Republic contacted several crystal sellers to determine where their minerals were sourced. Their investigation found that some crystals were mined in countries with poor labour and environmental regulations, while some were sourced from large-scale U.S. mines that have contaminated ecosystems and drinking water. Other sellers, including Gwyneth Paltrow’s lifestyle company Goop, failed to respond to the enquiries. 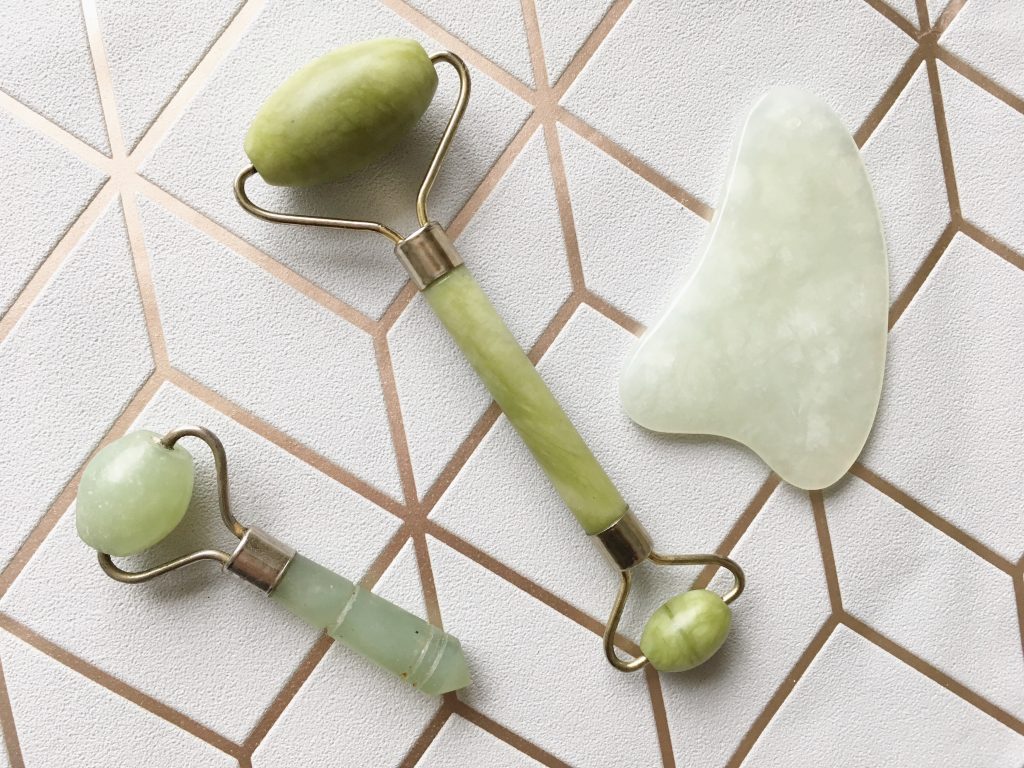 Jade is a mineral that has been used as part of the beauty regimes of women in the East for centuries. Tools such as jade rollers and Gua sha have now become popular with professional therapists as well as beauty lovers looking to improve their skincare routines. Despite this semi-precious stone being hailed as a beauty must-have, the truth about where jade originates is pretty ugly.

In between India and China at the Himalayan foothills lies the Myanmar jade mine. The jade pickers who sift through the debris left by larger mining operations are migrants whose lives are threatened by landslides, drug addiction and disease. A report by Time discovered that these jade miners are caught in a web of Burmese military-linked firms, Chinese companies, ethnic rebel commanders and drug kingpins wanted by the U.S. government. Jade is also powering civil war between the Burmese military and ethnic Kachin guerrillas seeking self-rule.

“If there was no jade, there would be no war in Kachin state,” Yup Zaw Hkawng, an ethnic Kachin who owned large mining concessions before the Burmese military wrested control of Hpakant, told Time’s reporter. “We are living and sleeping on so much jade in our earth, but jade is Kachin’s curse.” Landslides and mining accidents have resulted in hundreds of deaths over the past couple of years, yet only the biggest incidents make the news. 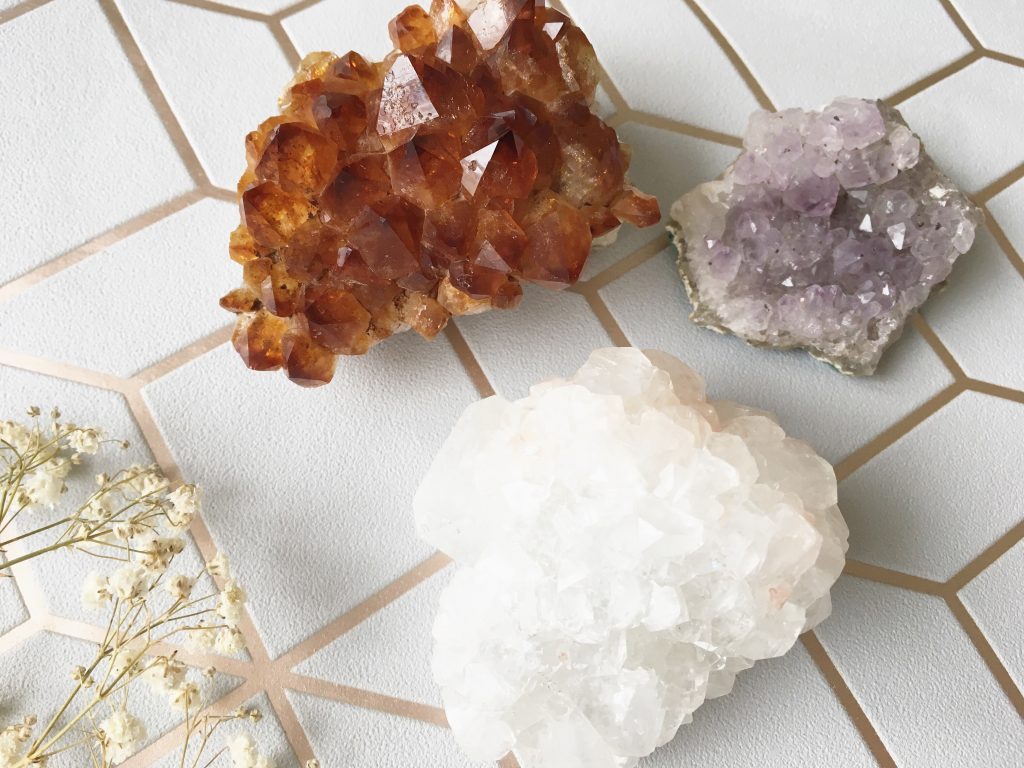 When crystals are used as positive energy, healing and wellness tools, it seems ironic that they may have had a very negative beginning. “How can a crystal have healing power if someone’s life was put at risk or killed to get it into your hands? If anything, it could retain that negative energy, defeating the purpose of buying it in the first place. If a child, paid next to nothing and forced to work in a mine, excavated your crystal, how can it have the potential to heal? Wouldn’t that negative energy instead be passed on to you?” writes conscious media site Gaia.

Petitions are appearing calling for big name companies to sell only ethically sourced crystals. For industry to change, consumers must speak up. If you discover a crystal seller who does not have their ethical policy clearly listed, question them about it. Tell companies who refuse to answer why you will not be purchasing from them. Instead search for ethically-sourced crystals online. Alternatively, look on places like Etsy and Depop for second-hand crystals. Much like the fashion industry, we can shop more sustainably by buying only what we need, and by giving a new home to pre-loved goods. 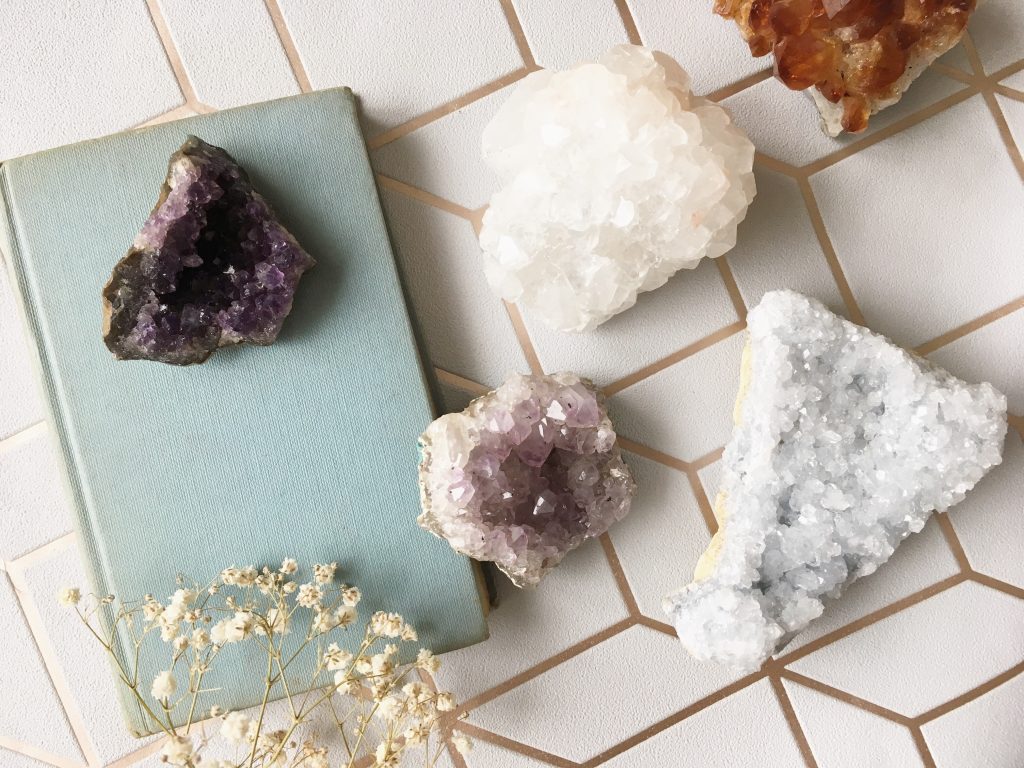 For more on ethical living, sign up for our newsletter 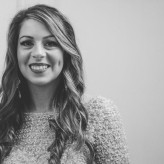 Jessica is a holistic beauty therapist from Cornwall, UK. She has her own business specialising in providing luxury, vegan and eco-friendly treatments. Jessica loves reading, writing and going for long walks around the coast and countryside with her husband Jamie and their little dog Jack. www.tranquillarosa.co.uk