In the desperate fight to save the well-being of our planet, among the least likely allies you could imagine are beauty brands. After all, beauty is about frivolity, about the pursuits of the superficial – there is not much space for contemplating the despair of species decline and climate breakdown. As long as lipsticks are flying off the shelves, all is good in the glossy world of most cosmetics companies. But all beauty brands are not made equal. Since its inception, Lush has been a pioneer voice against injustice and a powerful force in the campaigns for Fair Trade, organic farming and the end of animal testing. Effectively aligning activism to its business model, Lush is pretty much the only brand to do what they do, and to be this efficient at it. From waging a war on plastic packaging to premiering some of the finest innovations in animal-free research, this is not your typical beauty company. And with the recently held Lush Spring Prize, the brand proves once again that it’s strongly invested in more than selling shampoo bars (although those are obviously great). 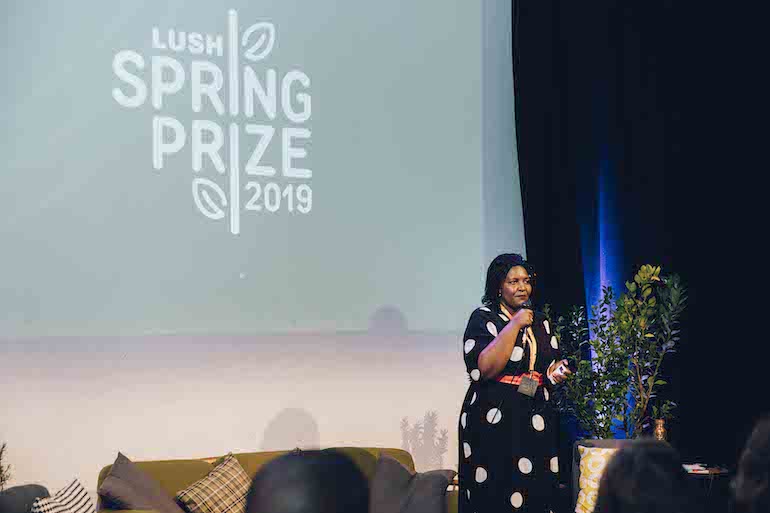 The Lush Spring Prize (in collaboration with Ethical Consumer) is now in its third year of premiering initiatives around the world that focus on environmental and social regeneration – the act of replenishing the planet’s resources. Bringing forward the notion that sustainability is not enough and we must take a holistic approach to solve environmental and social issues, Lush offers £200,000 in grants to projects that aim to do just that.  From restoring ecosystems to nurturing the well-being of workers and finding creative ways of regenerating the community, the nominated and winning projects are enough to restore our hope in humanity. 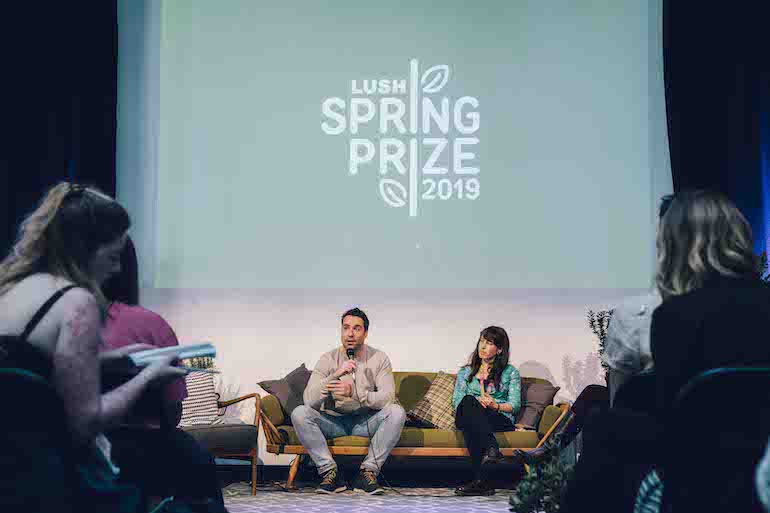 The Spring Prize was founded by Lush’s Head of Ethical Buying and Head Perfumer Simon Constantine, son of the brand’s co-founder Mark Constantine.  “The Spring Prize originated from the need to support and learn from those practicing regeneration,” Simon told Vilda. “Regeneration comes from the need to make a positive connection between people and the natural world and, in the face of climate and extinction crisis, find ways of solving the big problems of our time. To be a part of this emerging community encourages and inspires us all at Lush.”

The prize is divided into four categories: Intentional Projects, aimed at newly formed projects; Young Projects, awarded to businesses under 5 years of age; Established Projects, for businesses over 5 years of activity; and Influence Award, which is given to those who contribute to strengthening the regeneration movement through lobbying or campaigning to affect policy change. 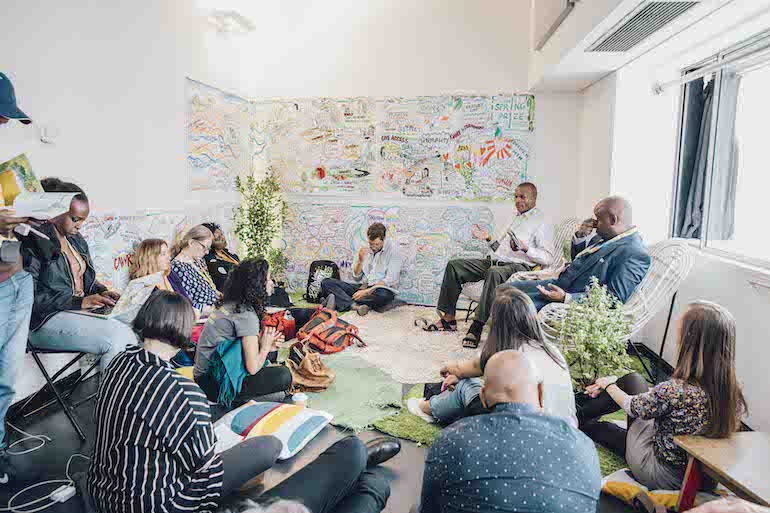 This year’s eleven winners and even more shortlisted projects are as diverse as they are interesting: from eco-tourism and permaculture to the protection of indigenous cultures and communities, there is a lesson to be learned from every winner. Hailing from all corners of the world, from Spain and Italy to Mexico and Swaziland, winners joined together in the joyful prize ceremony at East London’s Rich Mix venue to celebrate the glimmer of hope for our planet that their initiatives bring.

Among the prize winners we find Alianza Ceibo, winner of the Young Projects award. The alliance is comprised of members of four indigenous nations in the Amazon area, who are building a holistic movement to protect their communities, especially the rainforest that the area is well-known for. From defending their territory through land patrols and creating impactful media campaigns to re-connecting young people with their roots and empowering women-led businesses for economic growth, the alliance works on a variety of fronts to regenerate their society. 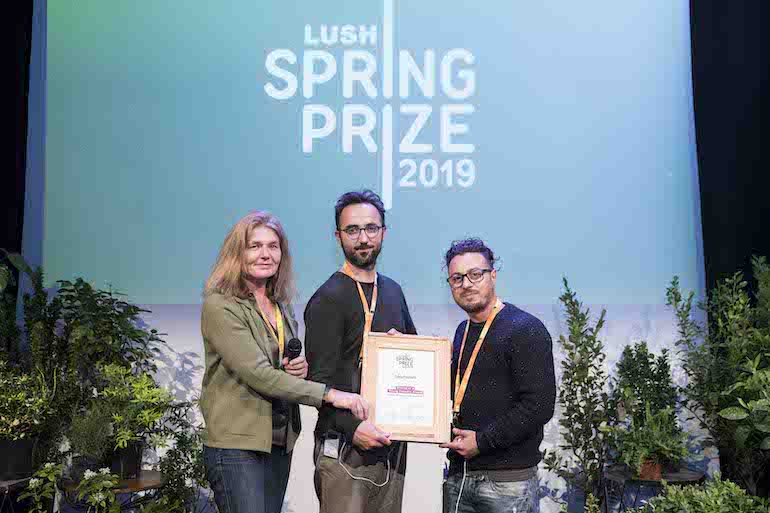 Another Young Projects winner is Sfruttazero, an Italian initiative that is based around…tomato sauce! Yes, you read that right: Sfruttazero creates an own-brand delicacy using agro-ecological methods and using migrants and unemployed Italians as their workforce. A part of the proceeds go to supporting the migrants who live in ghettos in Southern Italy. When accepting their award, the founders dedicated the prize to “the migrants who have died in the Mediterranean sea” – a beautiful gesture that gives us all food for thought. 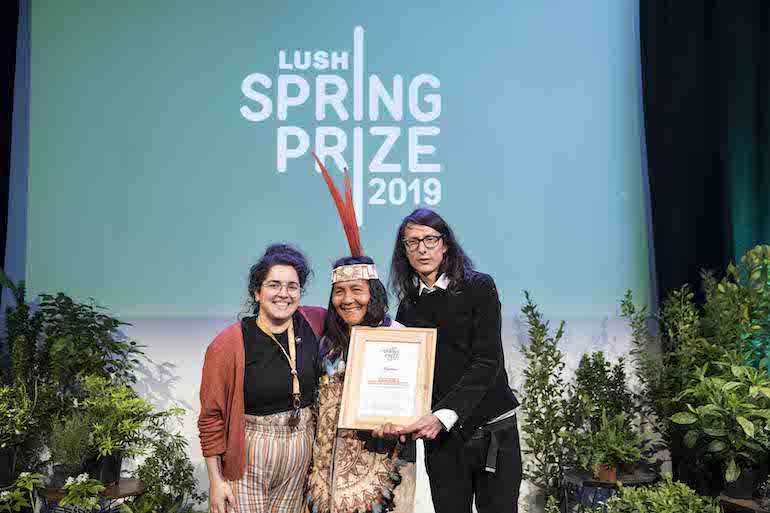 Among the Intentional Project winners is Ripanu from Ecuador – an initiative dedicated to resisting oil-drilling in the area by using ecological tourism. Ripanu is an idea for a centre focused on rainforest conservation and holistic healing using natural medicine – their vision is to invite visitors to regenerate and rejuvenate in the land of the Sapara people, an indigenous group whose language and culture is dying out and is at risk of disappearing over recent years. This centre would strive to keep their cultural heritage alive, as well as fight the takeover of their land by oil drilling. 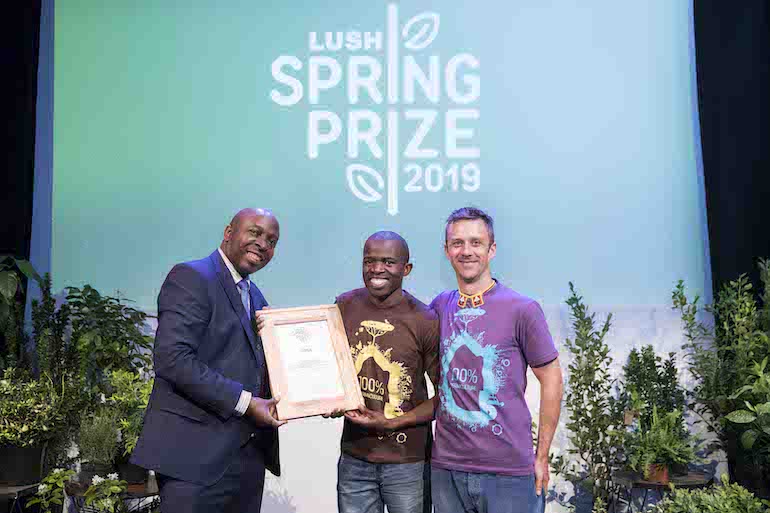 Winning one of the Influence Awards is Guba, a project from Eswatini (Swaziland) focusing on regenerating local ecosystems and communities through permaculture. The goal of this project is for everyone in the community to have access to nutritious food, clean water, shelter and economic security. Focusing on food systems, social innovation, supporting local entrepreneurs and providing training solutions, Guba is a permaculture training centre that delivers knowledge about permaculture to children and schools in the community. A truly inspiring project.

These are just a few examples of what makes the Lush Spring Prize a glimmer of hope in a what can at times seem like a bleak, hopeless world. In a time when reality TV stars are considered role models and beauty companies mostly care about peddling “hauls” to YouTubers, Lush is a shining beacon of proud activism and a contagious belief in better.

For more on ethical living and activism, sign up to the Vilda newsletter

All photos courtesy of Lush