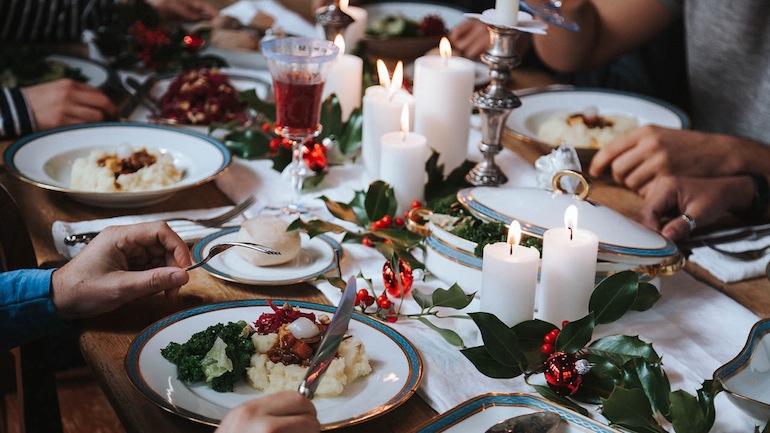 This article is kindly offered by Tibits

If you’re anything like us, you’re a huge fan of anything holiday-themed and vegan. As December rolls around, we’re seeing more and more tasty treats for plant-based foodies pop up around the globe – news reports even say that vegan Christmas dinners are replacing traditional turkey feasts.

One place that will be catering to the interests of the meat-free food lovers this holiday seasons is Tibits, one of London’s leading vegan-friendly restaurant groups. On 9th December, the Bankside branch of Tibits will open its doors to ticket holders eager to indulge in its plant-based Christmas-themed creations.

So what exactly is on offer? Well, between 1 and 3.30pm, Tibits will treat its guests to the best of the Winter menu, including their Signature Nut Roast alongside the in-season
ginger Brussel sprouts with onion pepperoncini and everybody’s favourite Yorkshire puddings – a vegan version, of course.

The meal will be accompanied by live music by Natty Reeves, who creates a beautiful atmosphere with her self-penned songs; and Stella Talpo, who brings an uplifting mix of pop and soul.

Tibits was founded in 2000 by vegetarian brothers Daniel, Christian and Reto Frei, who searched for plant-based options in their home country of Switzerland and weren’t too impressed with what they found. So they started their own restaurant, which expanded to several outlets in Switzerland and the UK, and is planning to open spaces in Germany too. Their eclectic and diverse approach to food has won them a loyal following of fans all over the world – and we’re sure that their latest venture – this spectacular Christmas event – will raise their profile even further.

Join us at the Tibits Christmas brunch!

All photos courtesy of Tibits