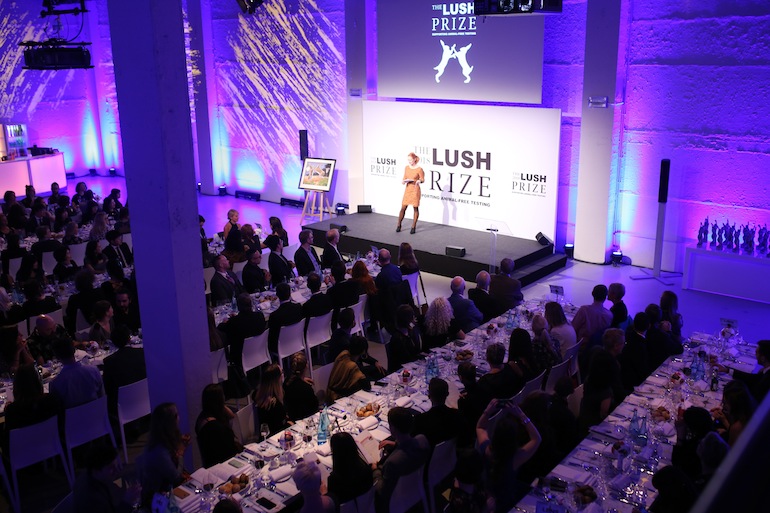 Animal testing: it’s something that most people morally object to, but also believe is a necessary evil. 11.5 million animals are used in research in Europe every year, including tests where they are poisoned, deprived of food, water and sleep, subjected to harsh skin and eye irritants, paralysed, irradiated, burned, gassed and deliberately infected with diseases. While testing cosmetics on animals is widely condemned, animal research for medical purposes has often been defended – even by people who consider themselves animal advocates. There is a common belief that animals must be used in research because “there simply are no alternatives”. And this is just where the misconception lies. 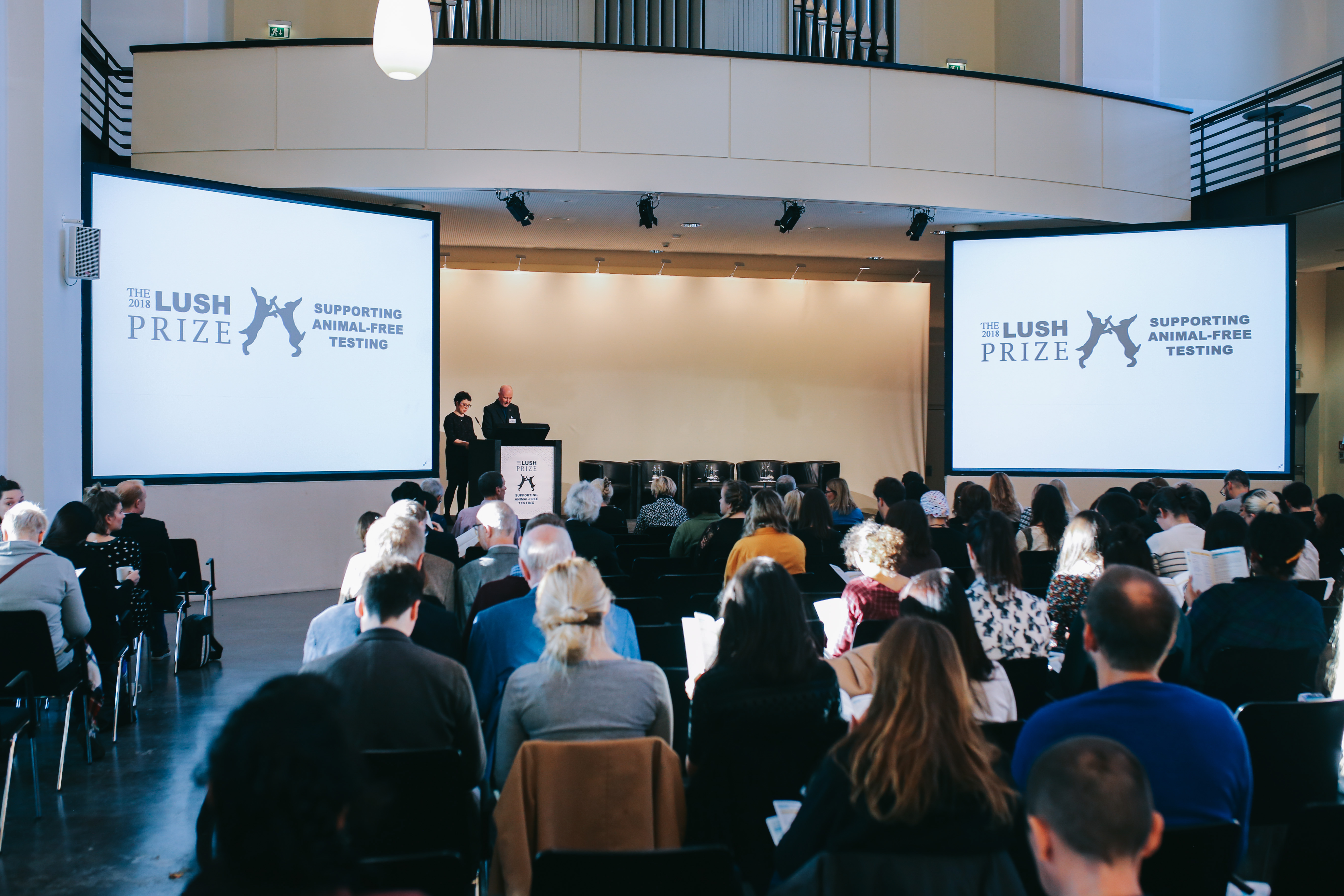 LUSH is much more than a cosmetics company: while pioneering cruelty-free beauty and an eco-friendly approach, the British brand has also made a name for itself for not only opposing research on animals, but also fiercely celebrating the alternatives to it. The yearly LUSH Prize, in collaboration with the Ethical Consumer Research Association, celebrates innovation in research that doesn’t use animals, and this year’s winners and their innovations were even more eye-opening than usual. 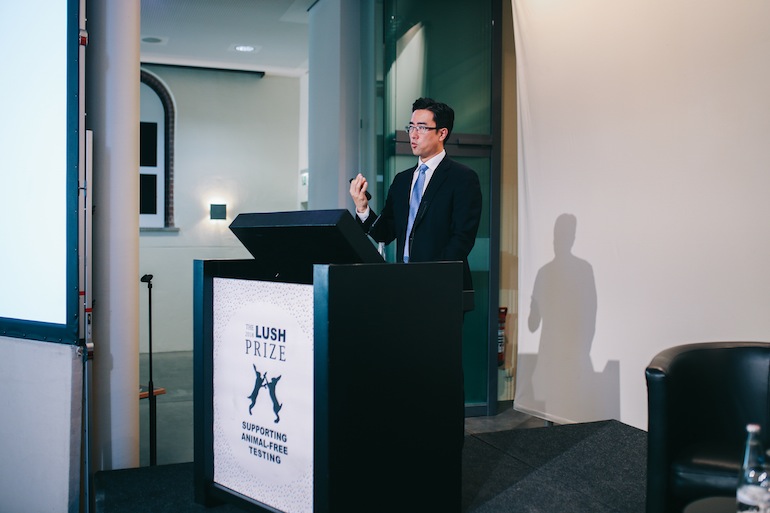 Held in Berlin, this year’s LUSH Prize offered awards in the following categories: Science, Young Researchers, Lobbying, Public Awareness and Training. All the winners brought ground-breaking technologies to phase out animal testing, but perhaps the real star of the event was the blinking human eye-on-a-chip, which won the Science prize. Professor Dan Dongeun Huh, a Korean-American bioengineer at the University of Pennsylvania, presented a technology with the potential to have a major impact if used for eye irritation tests, including the painful Draize test which currently uses rabbits. The eye-on-a-chip is composed of human cells and it has actual tear ducts and an eyelid, which blinks to respond to foreign bodies in the same way a human or animal eye would.

The Lobbying prize was won by the Brazilian Network for Humane Education for their efforts to remote animal-based research from classrooms in their home country by offering viable alternatives, while South Korean MP Dr Jeoung Ae Han, for her work on minimising the number of animals used in research under K-REACH regulations. 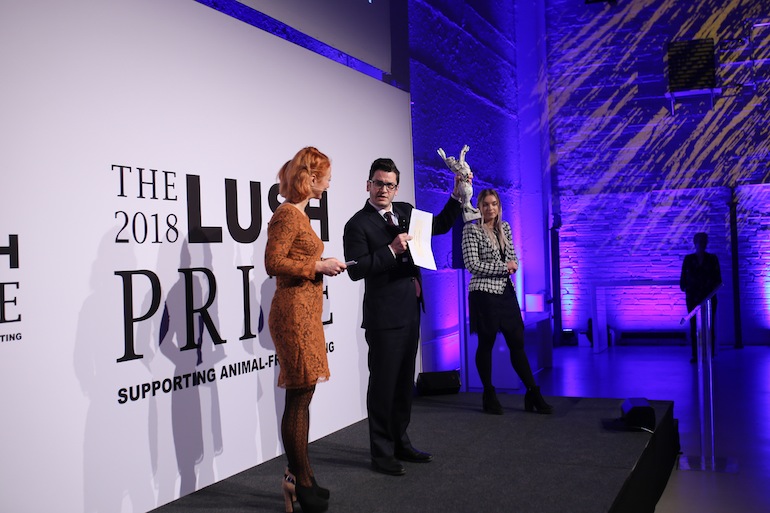 The Public Awareness prize went to the Whitecoat Waste project for raising awareness of taxpayer-funded animal tests – a horrifying $15 billion each year of US taxpayer money goes towards funding animal research.

The Training prize was awarded to the Laboratory of Education and Research in Pharmacology and Cellular Toxicology at the university of Goias in Brazil for disseminating alternatives to animal testing throughout Brazil and South America, and actively advocating for animal replacement in science.

The Young Researcher prizes went to scientists from all over the globe – including Germany, Italy and the Netherlands, each of whom was creating unbelievable innovations such as replacing animal tests with silicon chips, developing junction-on-a-chip models, and in vitro alveolar models (a complex 3D technology that comprises human cell lines).

Highlights of the conference included an eye-opening speech by Dr Ilka Maschmeyer, winner of the 2015 LUSH Prize for her work as the head of the Multi-Organ-Chip project at TissUse, who brought this astonishing statistic:

“92% of all animal tests fail in subsequent human trials”

…due to differences in physiology between the species, showing just how archaic and ineffective animal testing is. Dr Maschmeyer’s research includes 3D organoid engineering to replace the use of animals. 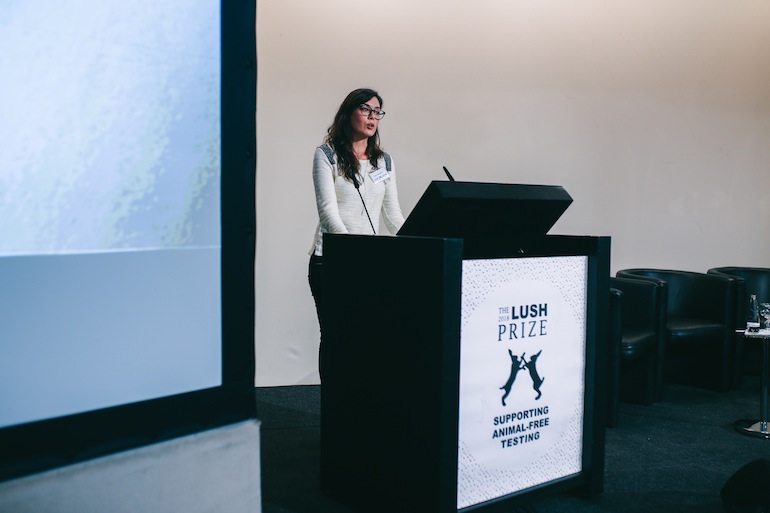 Another big topic at the conference was the replacement of the use of Fetal Bovine Serum, an exceptionally cruel research ingredient that is obtained by killing pregnant cows and withdrawing the serum from the blood of the foetus. This serum is then supplemented into tissue culture processes to support cell growth. Harvested through cardiac puncture without any pain relief, this procedure is guaranteed to cause the animals pain and distress. Dr Bianca Marigliani, winner of the 2015 LUSH Prize and 2018 judge, discussed the fact that many alternative methods to animal testing still use FBS, making them far from entirely cruelty-free. 1-2 million bovine foetuses are used every year for these procedures. This year’s Young Researcher prize winners Alexandra Damerau and Aline Chary are both using replacements to FBS in their alternative research, making it entirely cruelty-free. 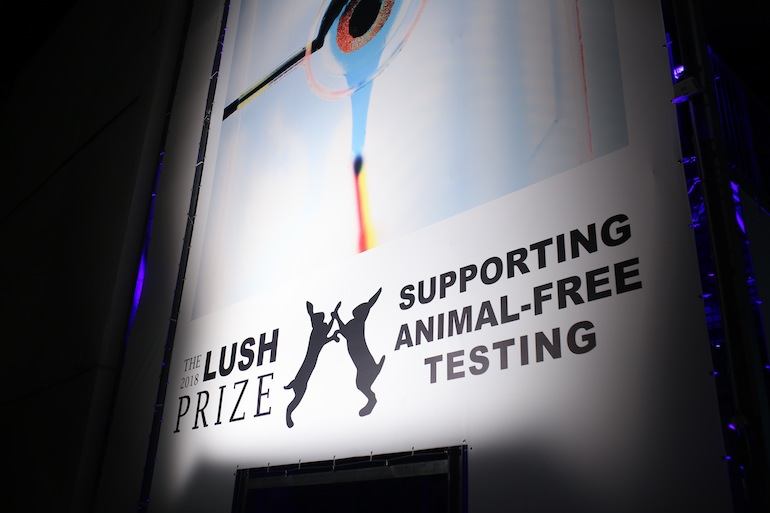 So, what is needed for non-animal tests to be implemented rather than the current models?

Most of the speakers and prize winners agreed that it will be a time-consuming process: phasing out just one test can currently take around 20 years. Dr Herman Koeter, Chair of Netherlands’ National Committee for the Protection of Animals Used for Scientific Purposes believes that it is down to three factors: innovative science, societal influence and politics. Many of the experts agreed that within the next 50 years, the change will occur. And it’s a change that is already happening – if there is one thing that we learned at this year’s LUSH Prize, it’s that these alternative methods are not limited to a few “rebel” researchers: they might once have been, but they are now creeping into the mainstream and very certainly represent the future of science. As Dr Jeoung Ae Han remarket in her her inspiring speech when receiving her commendment, “this planet does not only belong to humans. It belongs to animals too”.

All photos courtesy of LUSH