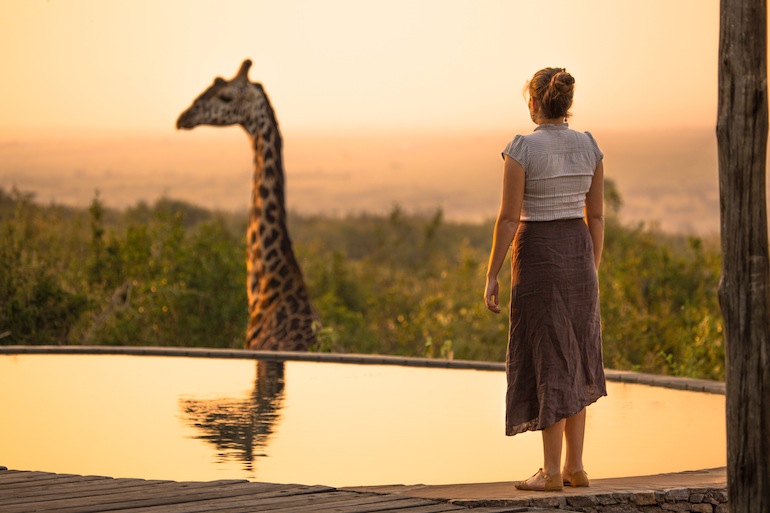 Travellers all over the world have for a long time been fascinated by the animal kingdom – local fauna sightings are as exotic and thrilling to those affected by wanderlust as historical monuments and enchanting landscapes. On our quest for the new, the unexplored and the Instagrammable, animals represent an even more enticing close encounter with whatever new lands we are discovering. But is our hunt for the #photooftheday damaging wildlife? Increasingly, animal welfare organisations such as the RPSCA and World Animal Protection are warning about tourist attractions using animals – in 2017, World Animal Protection partnered with Oxford University’s Wildlife Conservation Research Unit to analyse 24 kinds of wildlife attractions frequently offered to tourists to find the 10 cruellest activities. Among those on the list were elephant rides and dolphin performances, both frequently used – and photographed – by travellers.

Our curiosity for wildlife is being reflected in the most unexpected places – I remember a conversation I had with a famous sex and dating blogger who told me that many men she met on dating apps used selfies with wild animals as their profile photos, which she – quite brilliantly – saw as an opportunity to educate them on the provenance and dubious morality of these photos. Needless to say, most of them had no idea. So what exactly is wrong with that tiger selfie or koala photo-op? Well, aside from the fact that our social media obsession is damaging more than just our own well-being, it’s worth asking yourself how those animals ended up there in the first place. Where is the cute koala or sweet tiger cub coming from, and what combination of events have led to them finding themselves in tourists’ arms for selfies instead of in the wild? If you explore these dilemmas, you will rapidly find that whenever animals are used as attractions, cruelty is involved.

Animal attractions to avoid when travelling

These are just a few examples of attractions that use animals to draw the attention of mostly well-meaning tourists – but what lurks beneath the “cute” surface is very often disturbing and heartbreaking.

Elephant rides. Topping World Animal Protection’s list, elephant rides are one of the most indefensible travel activities in the world. Elephants are taken from the wild, torn away from their families as babies and forced through a physical and psychological breakdown process including violence and withholding food and water, to force them into carrying tourists on their backs. See this footage from Moving Animals below for more on the treatment of animals in the tourism industry.

Swimming with dolphins. A frequent bucket-list item, dolphin swims are seemingly idyllic – but when news emerged of Balinese dolphin handlers cutting the animals’ teeth off to keep them from attacking tourists during swim encounters, it was clear that continued, forced interaction with humans isn’t part of these animals’ natural behaviour. Dolphins kept in pools or pens suffer from captivity-related conditions such as psychosis, and some of them are taken from their homes in the wild to take part in the swim programmes for tourists.

Zoos and wildlife parks. Most people are aware of the cruelty of captivity – but so-called “wildlife parks,” which offer animal experiences under the guise of “natural” conditions commonly hide sick and sometimes dying animals in dire conditions and a lack of necessary veterinary care. Plus, there is often no way of knowing where the animals came from and how they ended up in the park.

Selfies with wild animals. Whether it’s a koala or a baby tiger, taking a selfie with a cuddly wild animal might seem harmless, but the reality is much more grim: these animals are often taken from their families in the wild, kept in abysmal conditions when not shown off to travellers, and given drugs in order to stay calm for the photo op.

Fake sanctuaries. Luring in tourists with the word “sanctuary” is a way for what are essentially zoos to get well-meaning, compassionate travellers to pay to visit their establishments. But if you see animals doing tricks, if there are baby animals, or if you can pay to pet the animals, stay away – the “sanctuary” is unlikely to be legit.

Marine parks. By now, the cruelty of marine parks is well documented – and travel agents such as Thomas Cook, one of the biggest travel companies in the UK, have cut ties with parks such as SeaWorld, Spain’s Loro Parque and other establishments which keep orcas in captivity. If you need further proof that captivity is unimaginably cruel, imagine spending your entire life in a bathtub. Whales and dolphins can travel up to 100 miles per day, whereas these parks keep them confined in what, to them, is a cramped space. And no wild animals perform for humans because they enjoy it. They always do so under the threat of violence.

In short, travelling cruelty-free is quite simple: if there is an animal involved who is not in their natural habitat and whom you can touch or pet, or who is performing, avoid. There is simply no way that this attraction – no matter what it is – isn’t cruel.