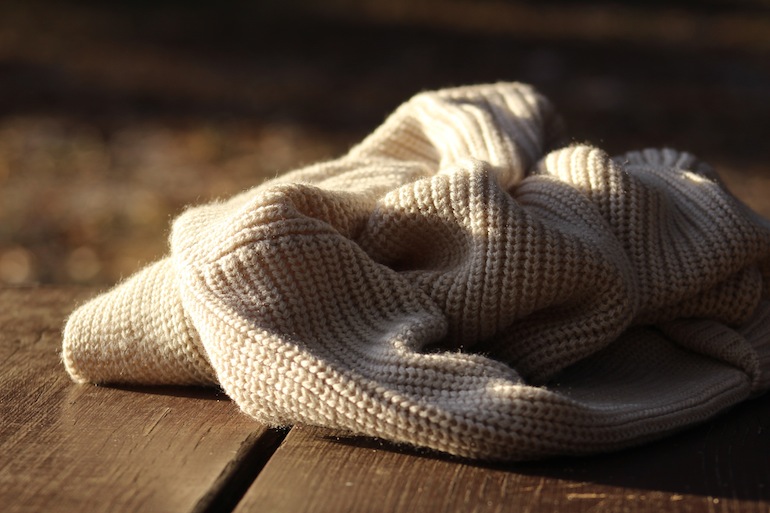 A few years ago, you’d be forgiven for not even knowing what angora was.

Best described as wool ripped out of the living bodies of angora rabbits, the fabric was included in blended knitwear, often among cotton and polyester fibres, to allow the industry to slap an “angora-blend” label on the items, even if the angora content was as low as 8%. Most people buying the knitwear had little to no knowledge of the provenance of this material, and it’s unlikely that many of them could even name the animal angora came from. Viewed by the industry as exclusive and superior in quality, angora was a little-known but often present name in winterwear.

Fast forward to 2016-2017: high-street brands like Benetton, Zara, H&M, Topshop, and so many more are all of a sudden committing to bans on angora wool. Yeah, you might say, it would be easy for cheap fast-fashion brands to ban an expensive fabric that not many of them were using in the first place. What about luxury brands that rely on high-end materials? Well, Gucci, Ralph Lauren, Calvin Klein and of course everyone’s favourite eco-luxury queen Stella McCartney have all banned angora too. The luxury market wasn’t far behind the high street when it came to listening to consumer feedback (thousands of people signed PETA’s anti-angora petition) and pledge to remove the material from their collections. These days, you’d be hard-pressed to find angora anywhere on the high street, including the more upmarket boutiques. 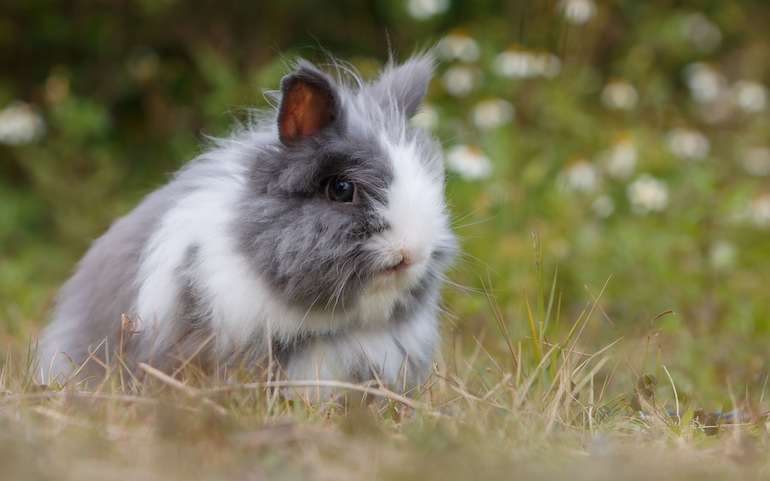 What’s behind the mass ban of this previously obscure material? A PETA investigation into how angora wool is produced. Depicting the treatment of angora rabbits in China, where most of the world’s angora comes from, the harrowing video footage showed rabbits living in filthy cages and having the wool ripped out from their bodies while fully conscious. There are many sounds in this world that are easily forgotten, but the screams of angora rabbits as they are being live-plucked is not one of them. And fashion lovers all over the world sure did remember. Upon hearing about the mass consumer outrage, fashion brands realised that this was a heavy price to pay to be able to put “6% angora” on their labels, and committed to a ban – a move that earned them applause from animal rights organisations, consumers and the industry.

The next chapter: mohair

Much of what’s true for angora is also the case for mohair: many consumers don’t stop to think about whether it’s in their clothes, much less where it comes from (the only thing I knew about mohair before going vegan was that it was very itchy). Brands used to include a small percentage of mohair into knitwear products to be able to claim the product is natural, as opposed to the more cheap-sounding synthetic option. Consumers mostly remained in the dark about the journey of their mohair knit before it ended up neatly folded on their wardrobe shelves.

But once again, a PETA investigation into the treatment of mohair goats in South Africa prompted fashion giants like Inditex, ASOS, Arcadia, Gap Inc and the H&M Group to implement bans. The video showed workers dumping animals’ heads into cleaning solution despite admitting that swallowing the liquid could poison them, cutting out pieces of skin while shearing the animals recklessly – and stitching them back together without any painkillers. All of a sudden, the world knew what mohair was – and wanted it out of their wardrobes, asap.

Why ban a material? Isn’t it enough to just monitor the supply chain?

A question that some non-vegan shoppers ask themselves – and the vegan activists fighting to ban this industry. Why not just stop sourcing from irresponsible suppliers, or boycott South African mohair?

The problem with standards, certifications and regulations is that no matter how well-meaning, they are very hard to enforce. Supply chains are notoriously difficult to monitor, and with a variety of suppliers and countries being involved in the clothing manufacturing process, it’s increasingly hard to tell exactly whom you are wearing.

PETA’s investigator reports that, during their investigations of so-called “ethical” and “humane” rabbit farms, deemed acceptable by third-party auditors, “rabbits’ fur was torn right out of their skin, and they lay motionless in their cages. At one site, a rope dangled from the ceiling for suspending “problem animals” by their forelimbs so that they could be conveniently plucked or shorn. The temperature was over 100 degrees Fahrenheit with 80% humidity, and the rabbits were given little to no protection from the elements. Most of them were suffering from severe skin irritation caused by excessive salivation. The saliva ran down their necks and onto their chests and forelimbs. As a result, these areas of skin had become badly infected. Many animals exhibited rapid, open-mouthed breathing brought on by heat stress or respiratory disease.”

As always when animals are treated as commodities instead of living beings, cruelty is guaranteed. Workers in both the mohair and angora industries are commonly paid by the volume rather than by the hour, causing them to work quickly and often recklessly, leaving animals injured in the process. And of course, as with any production that claims not to kill any animals for the final product, both the angora and mohair industries send the animals to slaughter once they are considered no longer useful for the industry.

What to wear instead of wool and angora? In this day and age, the alternatives are plenty. Cotton, especially if organic, is a great winter warmer. We love the options available at People Tree and Know the Origin. Recycled fibres, such as the ones used by Vaute and Brave GentleMan, are another animal- and planet-friendly option. And last but definitely not least, materials like Woocoa, a vegan wool alternative made from hemp and coconut fibres developed by Colombian university students, is a sign that the future is wool-free.

Photos by Victoria Bilsborough and Chan Swan via Unsplash