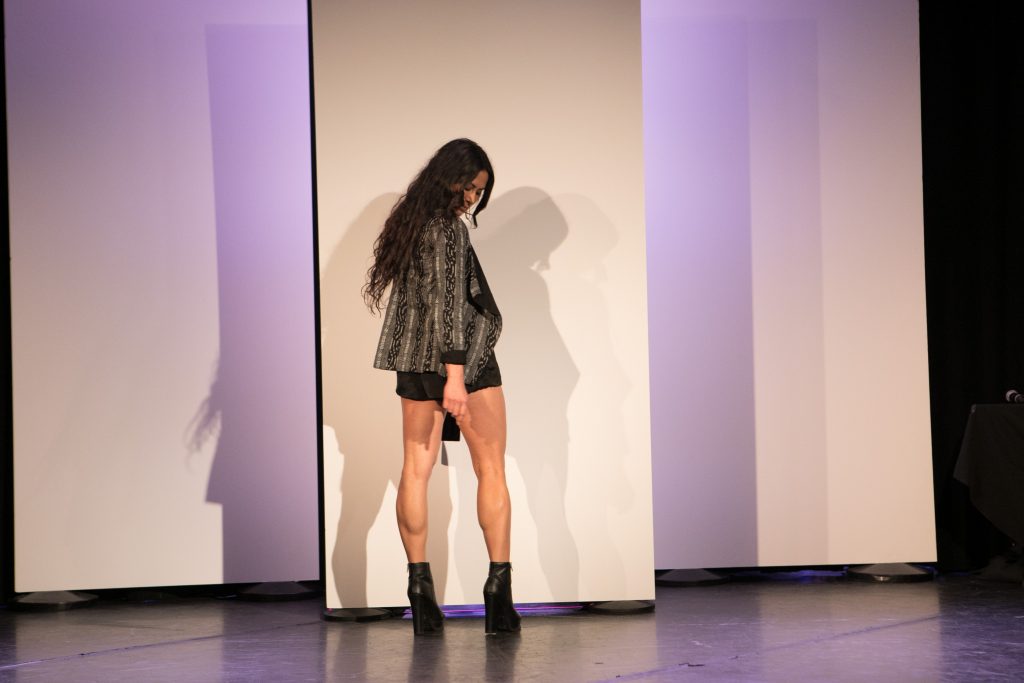 What is vegan fashion?

The curious and the skeptical often ask Sica Schmitz—founder and owner of the eco-friendly, cruelty-free, sweatshop-free online boutique Bead & Reel—this question, as she told the crowd gathered at The Roxy in West Hollywood for Seed Food & Wine + Eat Drink Vegan’s much-anticipated Vegan Fashion + Art Show on May 23rd. The inevitable follow-up: “You don’t eat clothing, do you?”

Well, no (and, as it happens, this crowd happily ate vegan tacos by Plant Food For People).

But, said Schmitz, who co-hosted, curated, and styled the fashion show, “we all wear vegan fashion pretty much every day whether we know it or not.”

It was precisely the show’s focus on the everyday that made it so exciting and inspiring. Threaded throughout was the idea that vegan fashion and art are not only much more accessible and affordable than we might realize, but more powerful, too.

In the hour or so before the fashion show began, attendees mingled over drinks, including creative cocktails by Jason Eisner of Block Party, and wandered around the venue to check out framed prints of Constantin Le Fou’s well-known and always striking Vegan Club street art. If you’ve seen this art on the street, on Instagram, in a museum, or on a cool-looking stranger you wanted to be friends with, you know it’s all all about creating connection and inviting conversation. “Gently, so people can ask questions,” said Le Fou as he shared the stage with Schmitz and their two other co-hosts, Taryn Rasgon, founder of Vegetaryn, and Jacky Wasserman, founder of BEETxBEET, to introduce the show.

“Your entire wardrobe can send a message,” said Wasserman. “I want to show you that having a vegan closet is only as hard as you make it. We’re here to help!”

And help they did, if by help they meant: “We’re going to show you an amazing array of vegan style possibilities and remind you in the most joyous way possible that you’re part of a community that cares about making choices that don’t exploit animals, the environment, or people.” 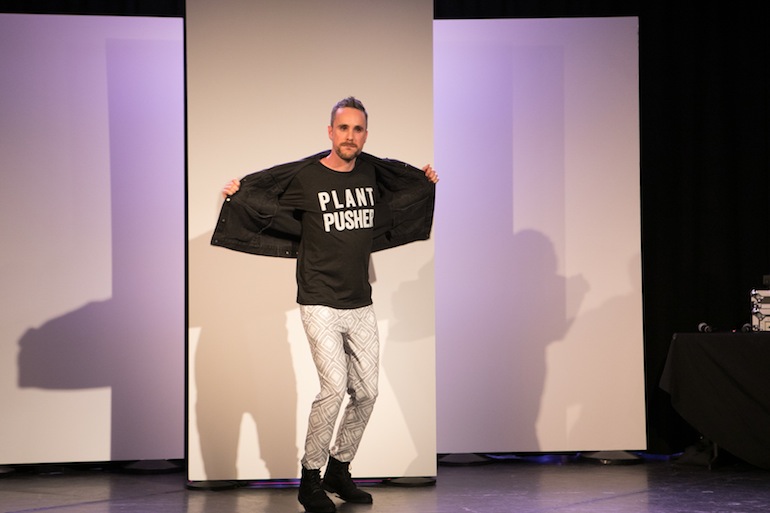 In truth, actively learning about and acknowledging the harms caused by non-vegan fashion, such as in the production of fur (which kills over one million nonhuman animals every year) and leather (treated with highly toxic chemicals to prevent decomposition of the animal’s skin) is the hard part. Wearing vegan fashion is the fun part! To wit: 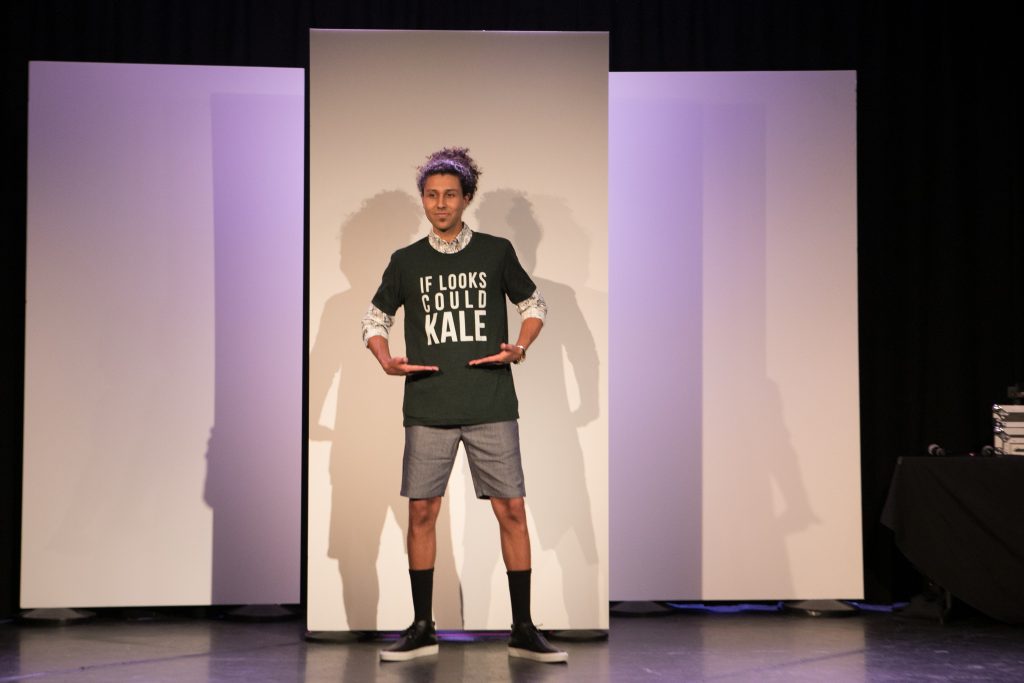 As model after model—more on the awesome models in a moment—sauntered down the runway to energetic, richly layered music by DJ Whitney Day with the audience cheering them on, it was impossible not to marvel at the diversity of options and looks. Head-to-toe vegan business attire that looks cool?! This thirty-something must confess that she had no idea that existed and found herself, for the first time in her life, interested in wearing business attire. Fur that didn’t involve killing an animal and will help me dress like Robyn in the “Call Your Girlfriend” video? I’m in, and I‘m buying that kale t-shirt. 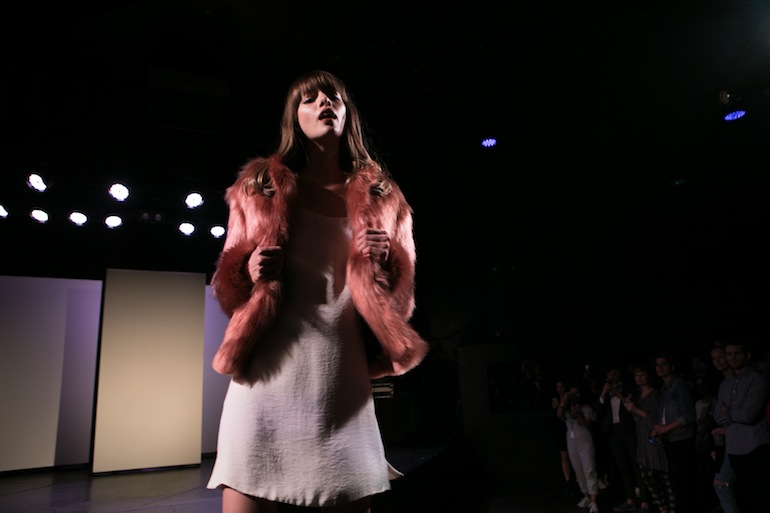 When it comes to vegan fashion, there really is something for everyone. A cliché? Not for vegan fashion, because the perception still exists that being vegan and wearing vegan fashion means denying yourself. This show, which helped kick off a week-long festival dedicated to the celebration of all things vegan, made clear that it does not. 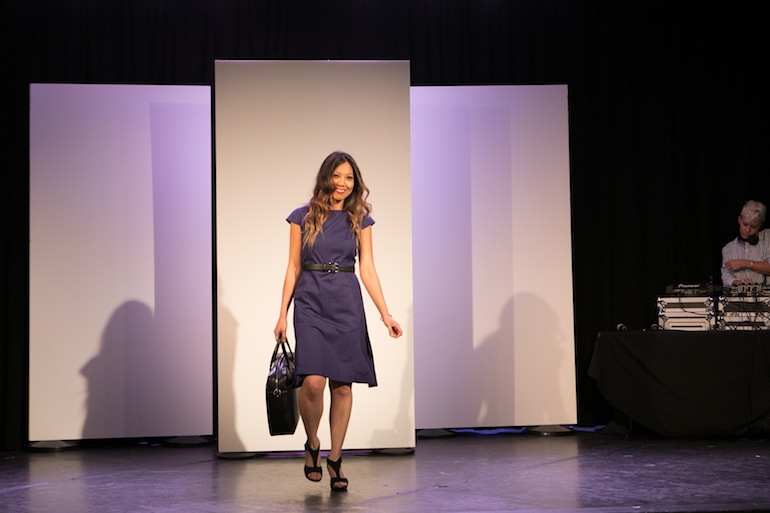 The models themselves—vegan influencers cast by Rasgon—did a fantastic job of communicating that message and, if you can’t tell from the photos, were a huge part of why the show was so much fun. After the show, I talked to one of the models, Agnes Muljadi, an LA-based vegan ballerina, actress, photographer, and blogger, who told me that she participated in the fashion show because she wanted to do her part to help end animal cruelty for the sake of fashion or food: “It was amazing for me to walk the runway and feel like I was part of the change that I would like to see in the world.” 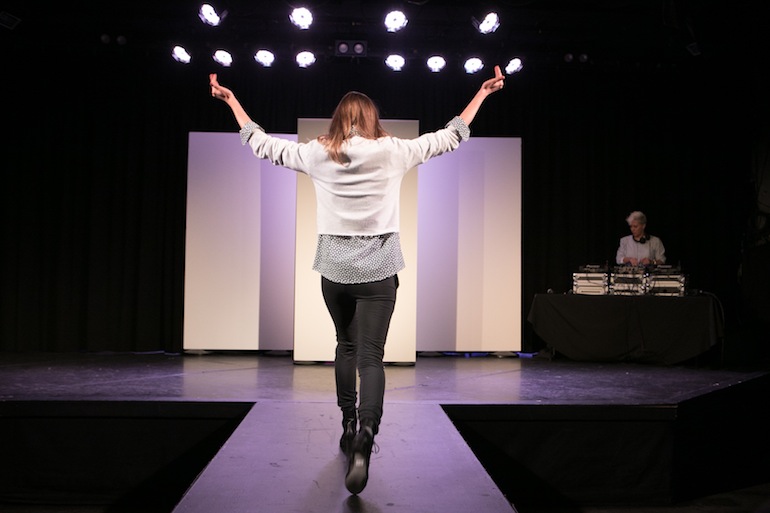 The 27 brands featured in the show, from Groceries Apparel to Doshi to MooShoes to Wolven Threads, are bridging this sometimes overwhelming gap between individuals who want to make a difference and global, systemic problems like animal exploitation and environmental destruction. Whether it’s vegan humor on a t-shirt or a synthetic leather jacket you’d never know was vegan unless you asked, the vegan ethos as applied to everyday fashion is a vital part of the solution to these problems. Yes, vegan fashion in 2018 is cool, but “vegan fashion is not a trend,” as Schmitz pointed out in her intro. “Trends come and go but our planet doesn’t have the luxury.”

All photos by Michael Benedict 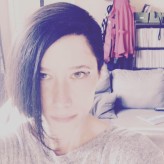 Lauren is Communications Manager for the Nonhuman Rights Project. New Jersey born and raised, she now lives in Los Angeles with her significant other and their dog Strider. She'll talk to anyone about books, childhood, or politics, and one of these days she's going to start a blog.