I’m not sure I should feel proud or ashamed to admit this, but isn’t the first time we’d planned a quick trip based around food. My mother lives in northern Washington and I live in southern California, and so we recently decided to meet half-way-ish in San Francisco for a whirlwind restaurant tour of the city. 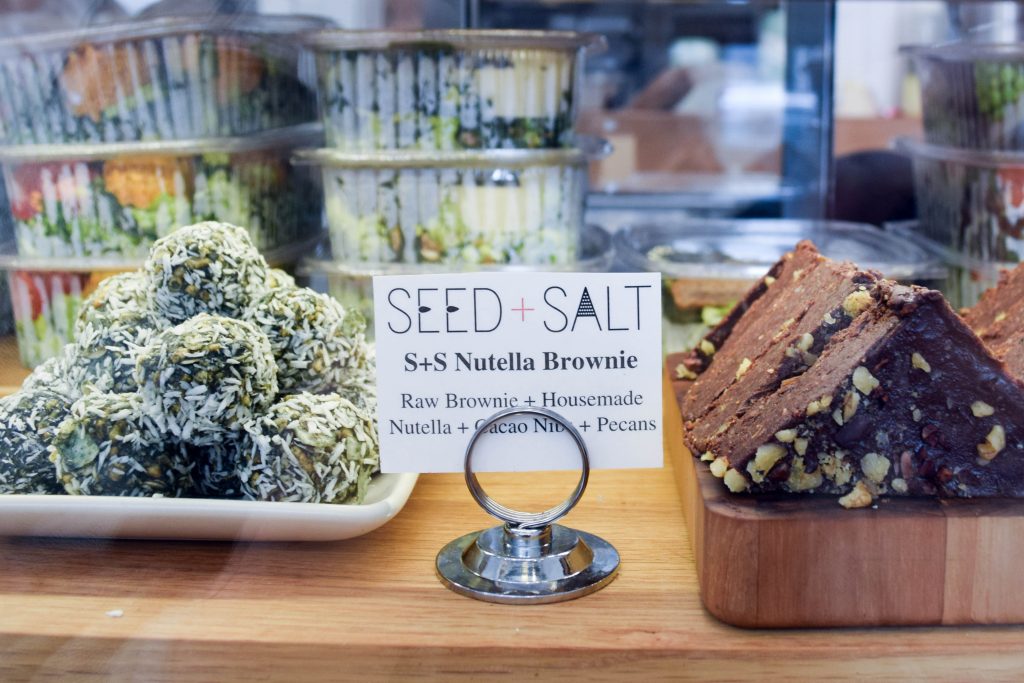 We started with breakfast at Seed + Salt, which is potentially the most thoughtful restaurant I’ve ever been to. It was founded in 2015 by social entrepreneur and seriously inspiring human Mo Clancy, who left her career in the beauty industry to create a restaurant where she could actually eat. It is entirely vegan, gluten-free, non-GMO, and the only 100% organic restaurant in San Francisco. And while terms like vegan, gluten-free, and organic may not have the most appetising connotations to some, rest assured that the food is not only beautiful but also immensely satisfying and delicious.

The attention to details doesn’t end with the ingredients. The restaurant is run on a zero-waste model, and all packaging is recyclable, compostable, or reusable. 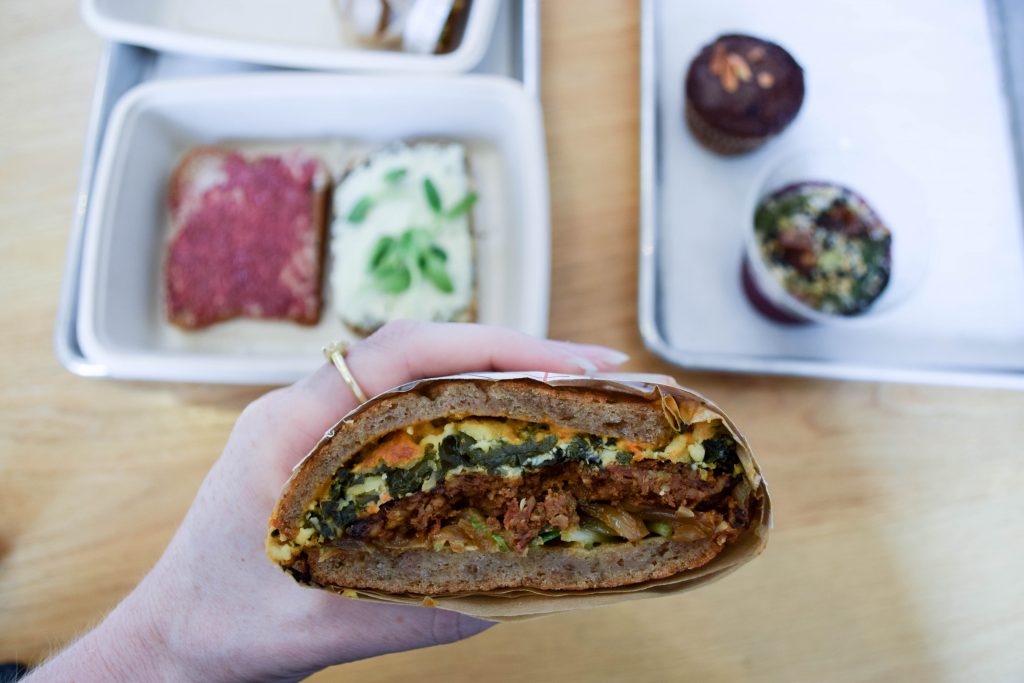 Let’s take moment to talk about their bread. I am not gluten-free and tend to have a few opinions about gluten-free bread (why!?), however, the Spouted S+S Nut Loaf is amazing. And I don’t mean amazing for vegan gluten-free bread, I mean just regular old amazing. 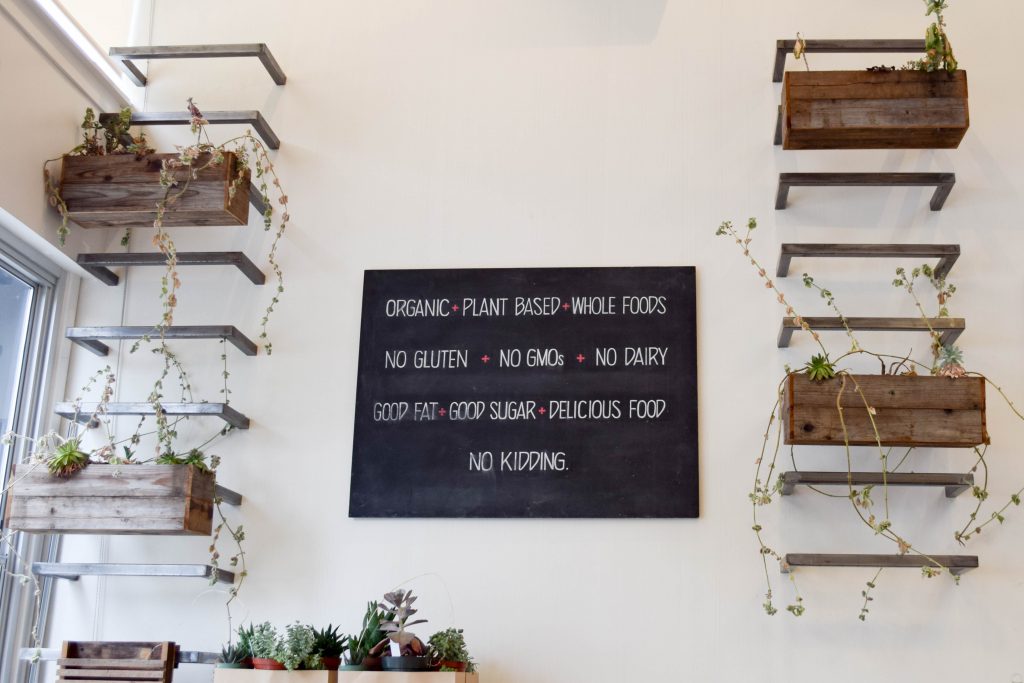 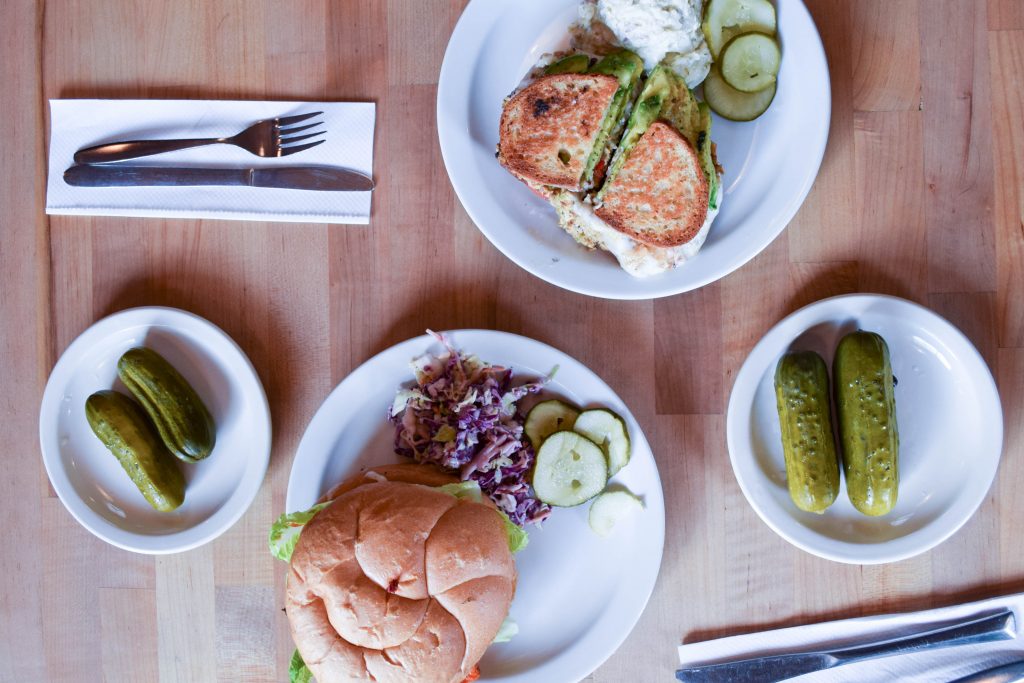 After such a healthy and filling breakfast we decided to go to the other extreme and took the local metro system BART across the water to Berkeley. This famously liberal college town seemed to be filled with vegan options but we had only one thing on our mind: The Butcher’s Son, a vegan delicatessen and bakery.

I was raised vegetarian and ultimately went vegan as an adult, so, I had never before been to a delicatessen where I could actually eat anything. This was an entirely new experience for me, if not a tad disorienting.

It looks like a standard deli: a deli counter filled with slices of meat and cheese, and a menu filled with classics. The language is very direct: Chicken. Eggs. Steak. Bacon. Of course, the difference is that everything is entirely vegan. 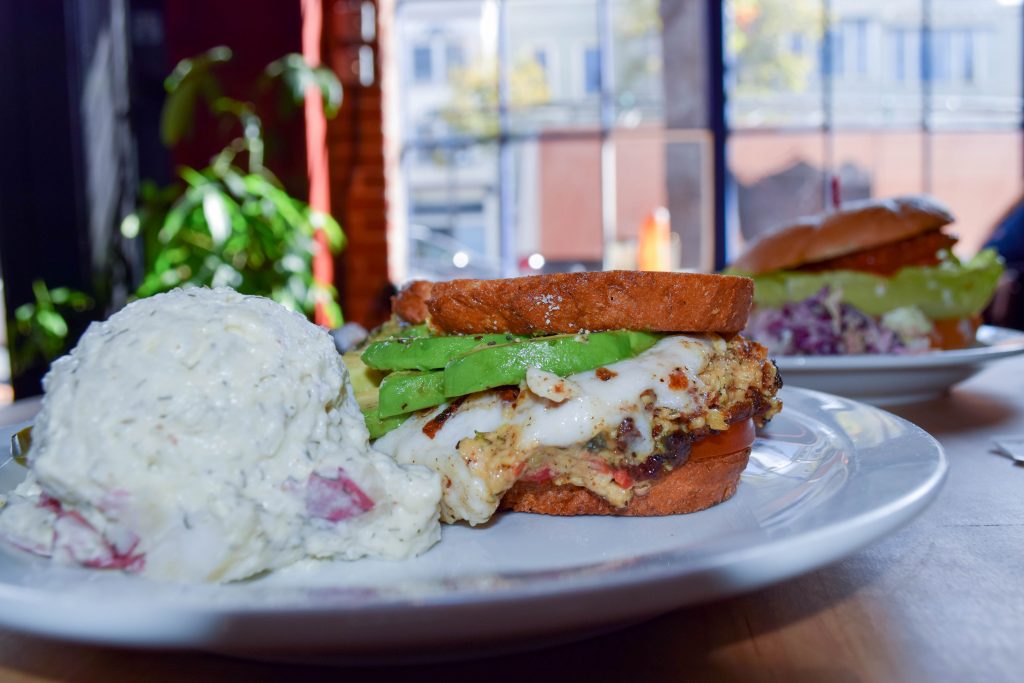 I’m not the best judge of how realistic these meat alternatives are since I don’t have much to compare them to, however, my mom was impressed at both the tastes and textures. I was impressed with the sauces and sides. And the fried mozzarella sticks, which, I would like to eat daily in an ideal world. 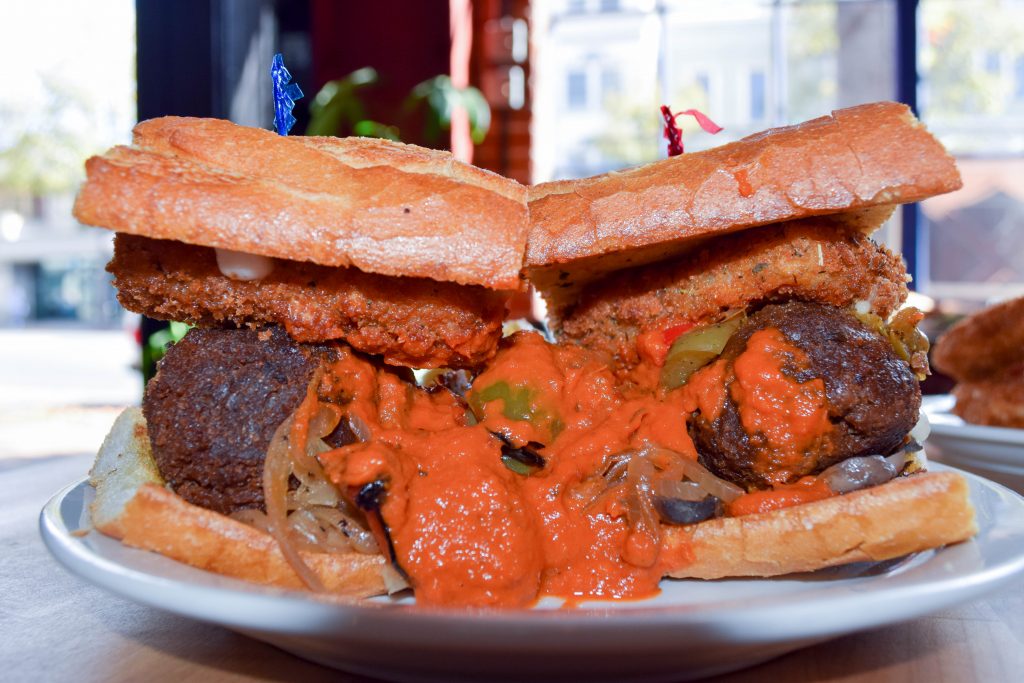 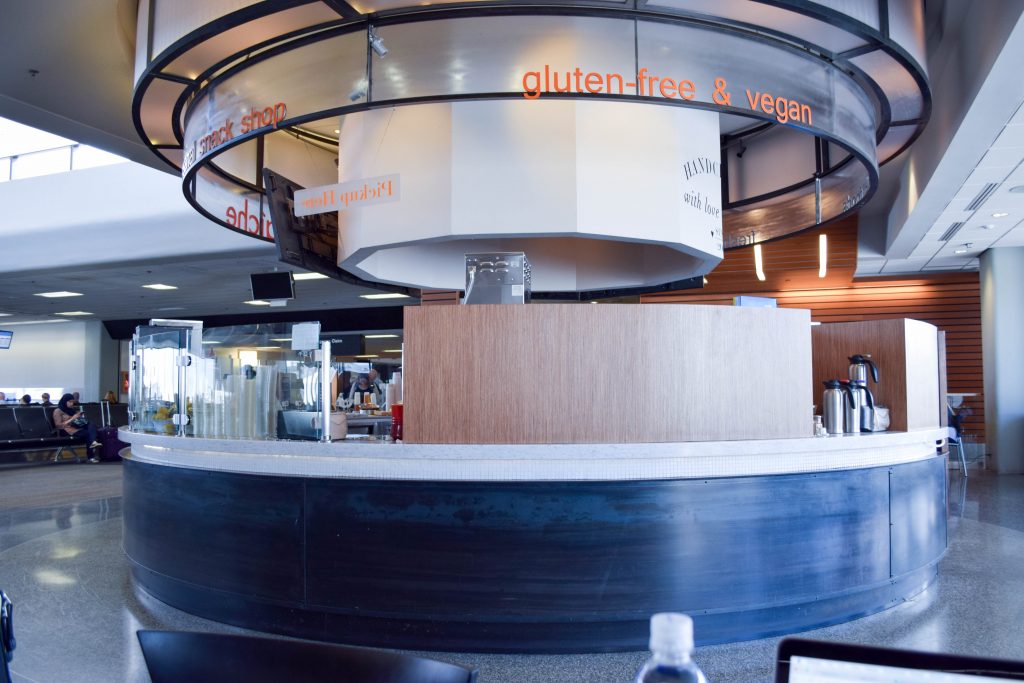 One of the things I find most challenging when traveling is eating at airports, but luckily the San Francisco Airport (SFO) does have a vegan-friendly restaurant. Fraîche is located in Terminal 3 and has a welcomed variety of simple food and drink options. It’s an ideal place to snack while waiting for your flight. Plus they have wifi, so you can easily show off your vegan food finds. 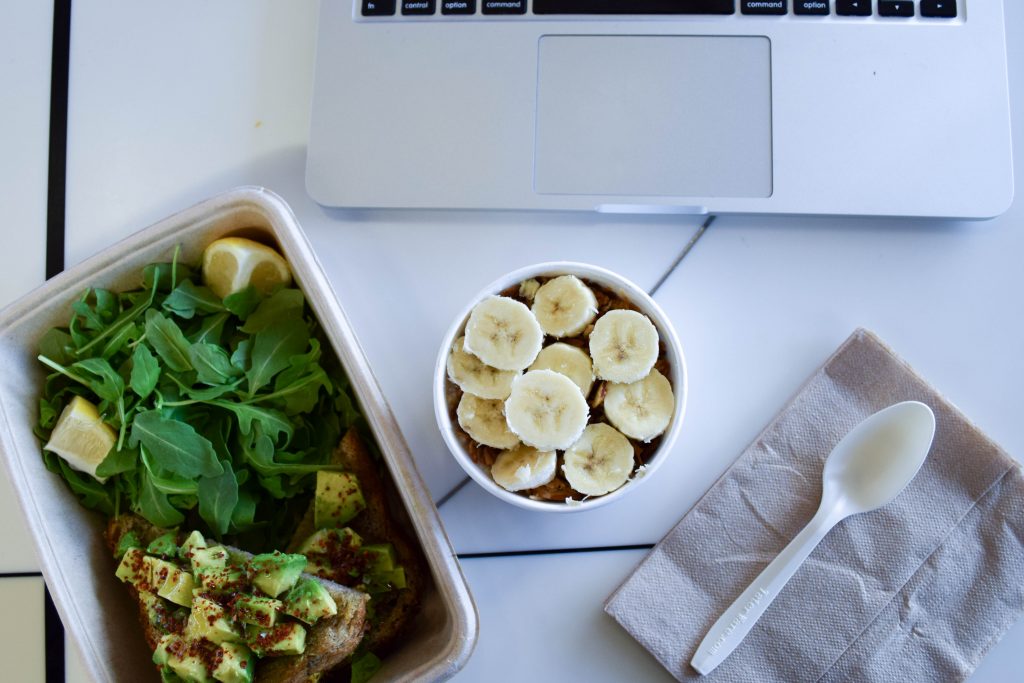