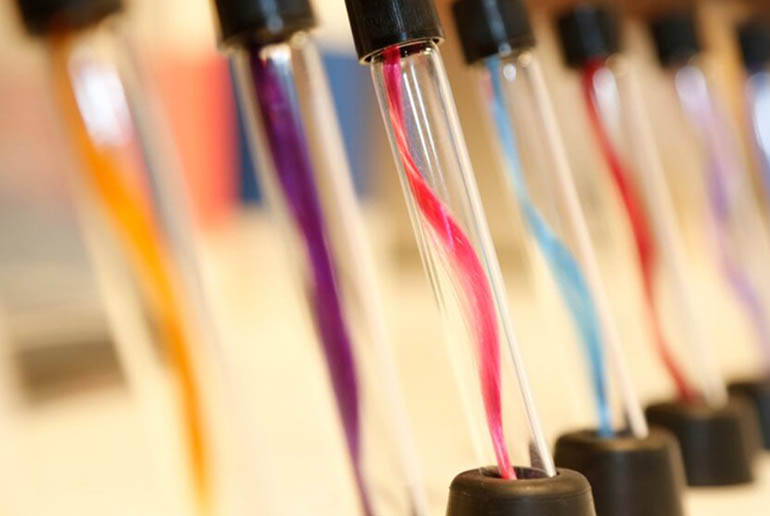 For years, biochemistry has tried to reproduce the incredible properties of spider webs for large-scale use. The strength of a silk thread spun by spiders is greater than steel while offering the elasticity of a rubber band. Potential uses for the synthetic version of this silk, responsible for giving spider webs their shape, are vast: biodegradable bottles, bulletproof vests, suspension strings for bridges and textiles for the fashion industry. The race between biochemical research and development companies is fierce, after all everyone wants to get their hands in this pot of gold first.

Breeding spiders to use their silk, as we do with the silkworm, has never been a possibility since spiders are territorial animals and cannibals, and thus cannot be farmed in groups. The solution? Turning to science. But until last year, all attempts to produce a synthetic version of spider silk had failed, including the best-known attempt to craft a silk-like material from goat’s milk.

The American start-up Bolt Threads, responsible for raising $50million in investment last year and closing a partnership with sustainable outerwear brand Patagonia, is developing the first products with the new fibre that, if all goes well, will be marketed on a large scale in 2018. Bolt Threads is not a new company: three scientists from the University of California, San Francisco and UC Berkeley founded the company in 2009, but the trio has kept a low profile until now, working quietly to find a way to make synthetic spider silk viable for scale.

“We decided to keep our heads down and try to solve the problem before we go out there talking about all the cool things we can do with this technology,” says Bolt Threads CEO and co-founder Dan Widmaier to Wired. “Now we’re ready to say we’re here.”

So what’s it made of?

As an article in Quartz explains, “the main ingredients are genetically modified yeast, water and sugar. Raw silk is produced through fermentation, the same as the fermentation process of beer, except that instead of the yeast turn the sugar into alcohol, it turns it into raw silk spider. Bolt Threads relays this raw material using a method similar to the spinning process used to create cellulose-based fibers such as Lyocell. ”

Turning this raw material into yarn has always been the big challenge and whoever was finally able to form the yarn quickly found that it was too thin, making it impossible to be turned into fabric. That was the problem Bolt Threads was able to solve after years of research. The company claims that we are just a few steps away from a revolution in the textile industry, last seen in the 1930s when DuPont unveiled the world’s first synthetic fiber made from oil, nylon. 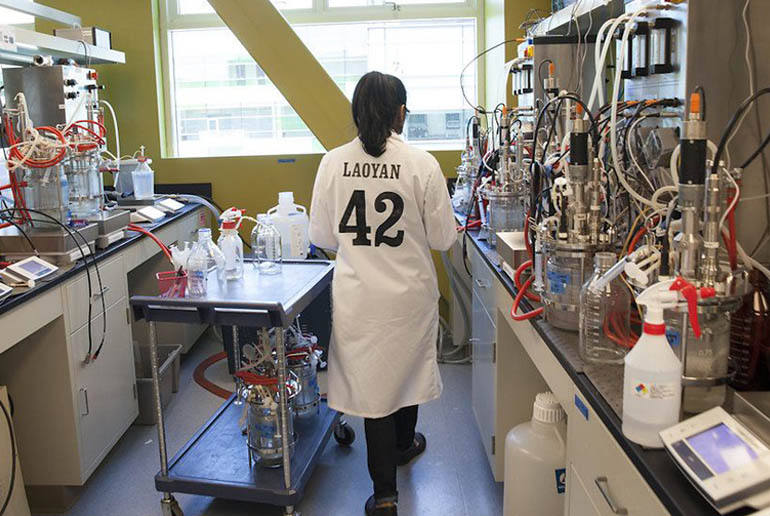 From slaughterhouses and tanneries, cotton plantations and pesticides to laboratories // Bolt Threads

How does this innovation work?

From nylon, a number of other fibers were created such as Lycra and polyester. Sue Levin, marketing manager at Bolt Threads, explains that the process of all these fibers comes from the same building blocks and this is exactly what the company does. The only difference is that its building blocks are proteins rather than hydrocarbons. Which means two things: firstly, at least in theory, with the synthetic spider silk finally unveiled, the Bolt Threads can mimic any natural protein-based fibre such as wool, enhancing features as per needs. For example, a softer, more elastic version of the animal-based material may be created. Secondly, we are getting closer and closer to seeing more intelligent, safe and sustainable fibres and fabric solutions than petroleum and animal options. Yeah, we’re talking about leather here, too.

That is also why Patagonia have invested in Bolt Threads: the material source is renewable, cruelty-free and biodegradable. Also, it requires fewer toxic dyestuffs. In addition, Bolt Threads was the only company in 2016 that was already producing kilos of the material, very close to reaching tons of it. Competitors such as Japan’s Spiber, who launched the first jacket made of spider silk, in partnership with The North Face in 2015, have yet to achieve that feat.

Another benefit is accessible price, which will make the material applicable in iPhone covers, car seats, jackets, army uniforms and more. However, it isn’t a cheap material: synthetic spider silk will go on the market with prices similar to natural silk and high-end wool, but working with yeast is cheaper than working with E-coli, the bacteria used by other companies that are trying to make synthetic spider silk viable. 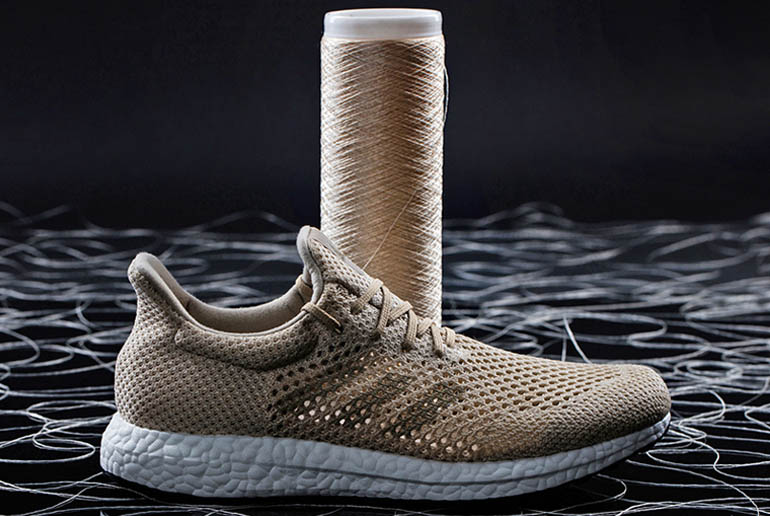 Last November, in partnership with Germany’s AMSilk, Adidas launched Futurecraft Biofabric, produced by Biosteel, the synthetic spider silk from engineered by German biochemistry. “This kind of material goes beyond the closed loop to an infinite loop, or simply no loop at all”, says James Carnes, vice president of strategic design at Adidas. “By using Biosteel in our products, we have achieved an unparalleled level of sustainability. This is a pioneering step beyond sustainability in a new territory of bionic innovation.”

Despite prototypes such as jacket and sneakers, the challenge remains at product level: to think of application in attractive and accessible products capable of entering the global consumer goods market. However, what moves these companies and investors are not the products and possibilities of protein-based fiber for years to come, but their potential for the coming decades. We are looking forward to it, because if we think that we have been relatively stagnant in this area for almost a century, calling the fashion industry outdated would not be a mistake.

This article was originally published in Modefica and translated especially for Vilda Magazine.