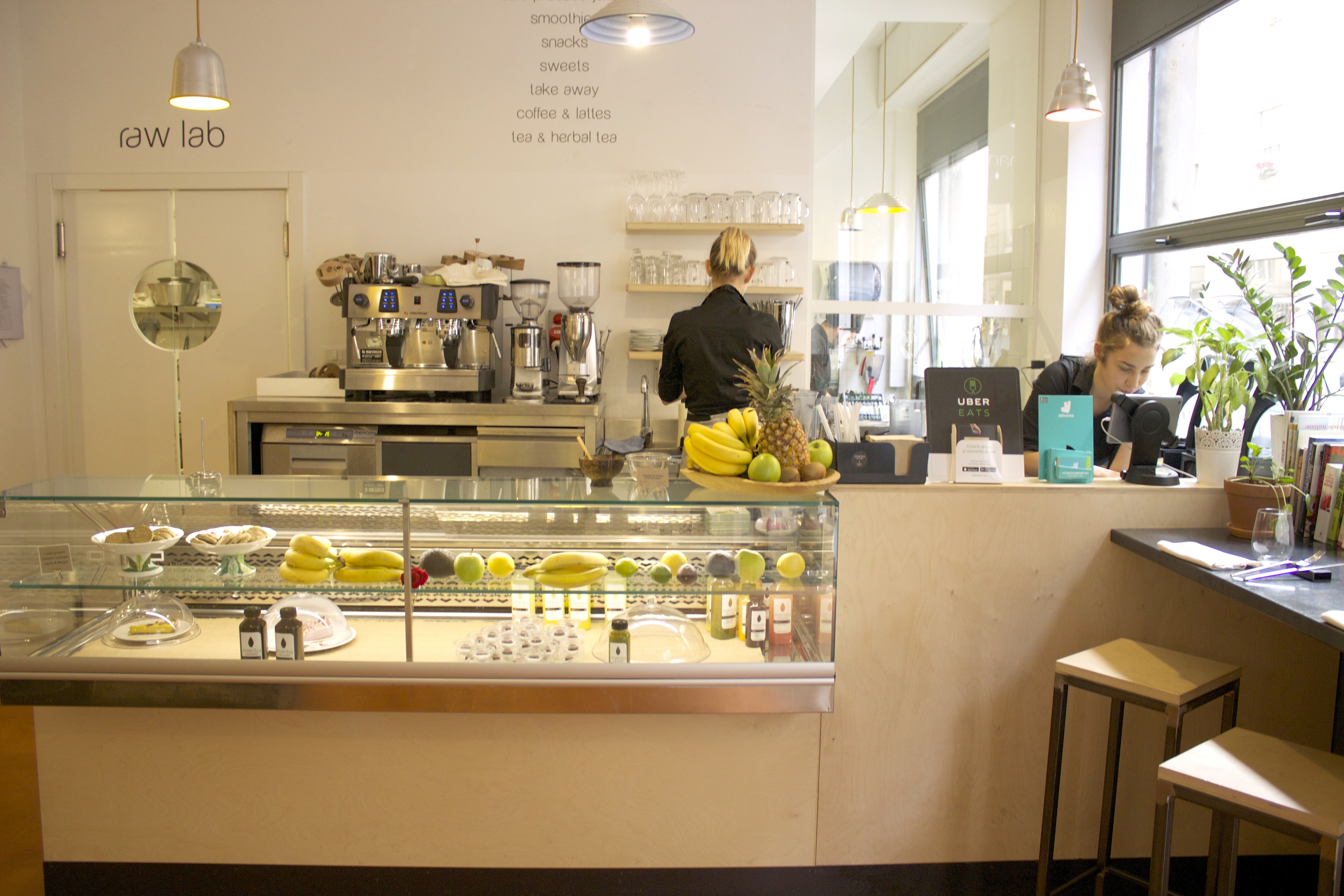 This experience review was kindly sponsored by Mantra Raw Vegan 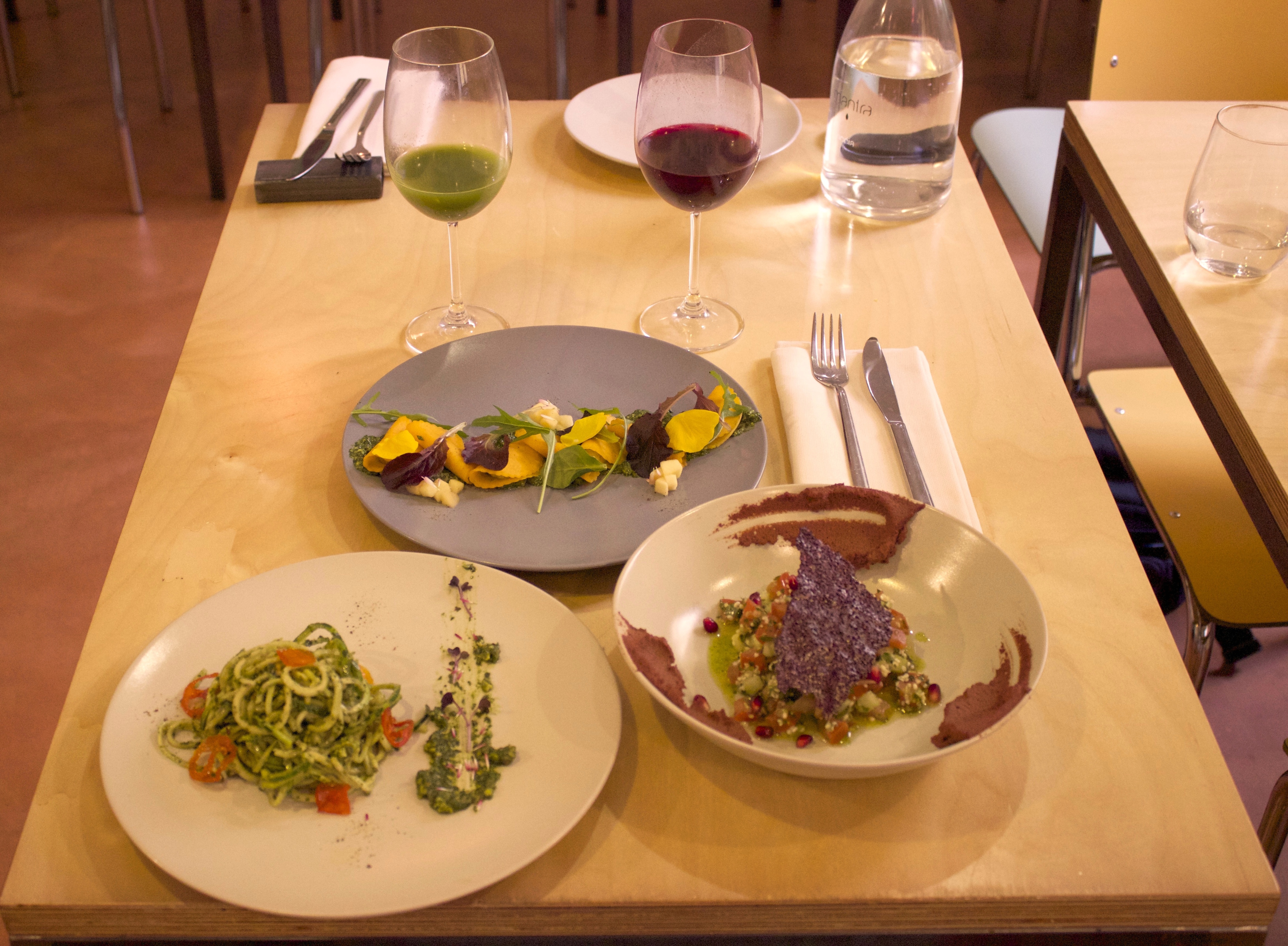 The first raw vegan restaurant in Milan, Mantra has become a favourite with the fashion set – and with good reason. The relaxing atmosphere of the centrally located restaurant sets the mood for indulging in new taste sensations – as raw veganism is a concept that’s still quite foreign to many people, Mantra does a great job of easing you in with enticing colours and even more alluring flavours. 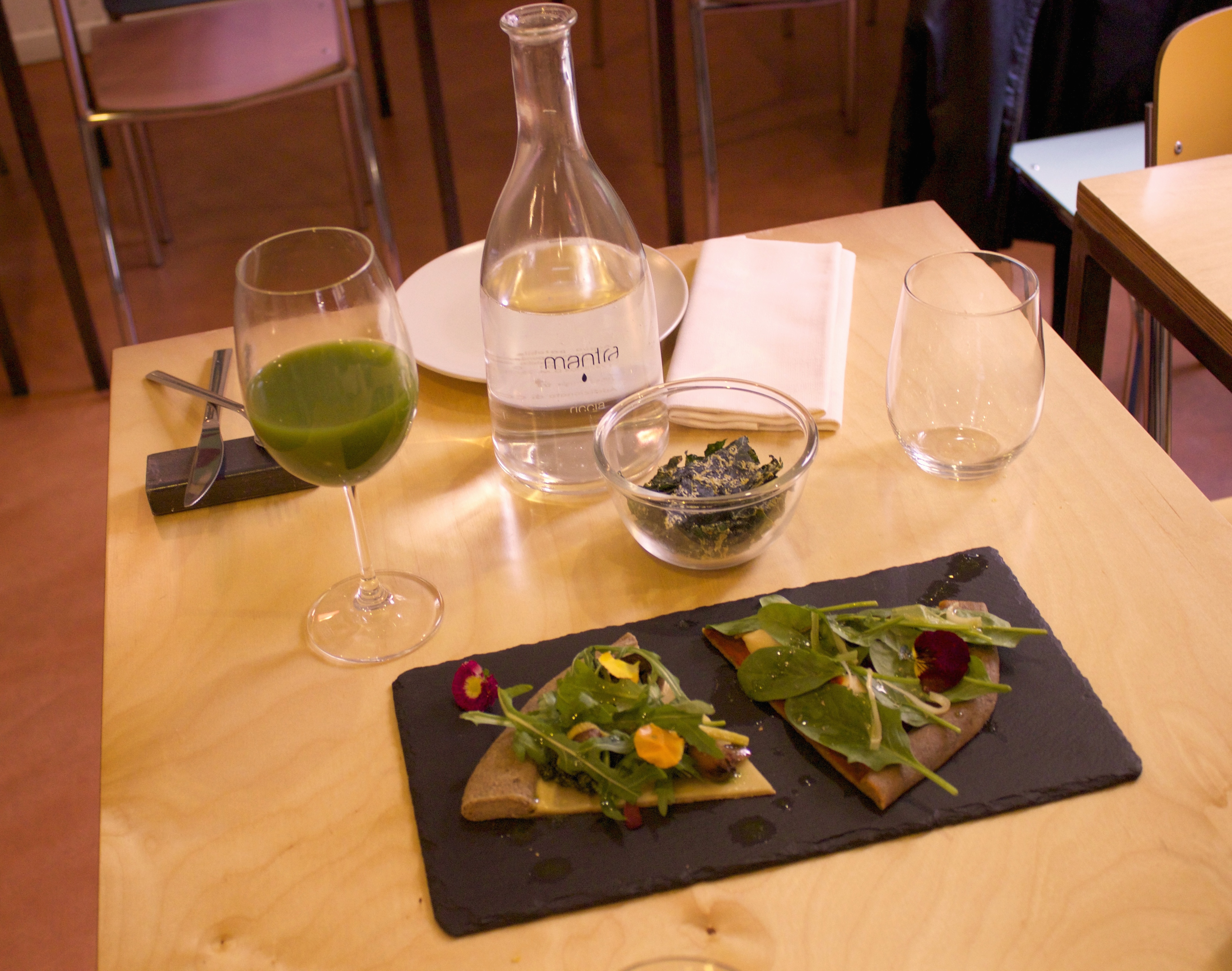 After starting off with two cold-pressed fruit juices that were as tasty as they were zesty and colourful, we were offered raw pizzas – one with rocket, mushrooms and cashew cheese and the other with a raw tomato sauce and smoked, creamy vegan cheese – both topped with spinach and rocket. Kale crisps were also offered, adding a green touch. 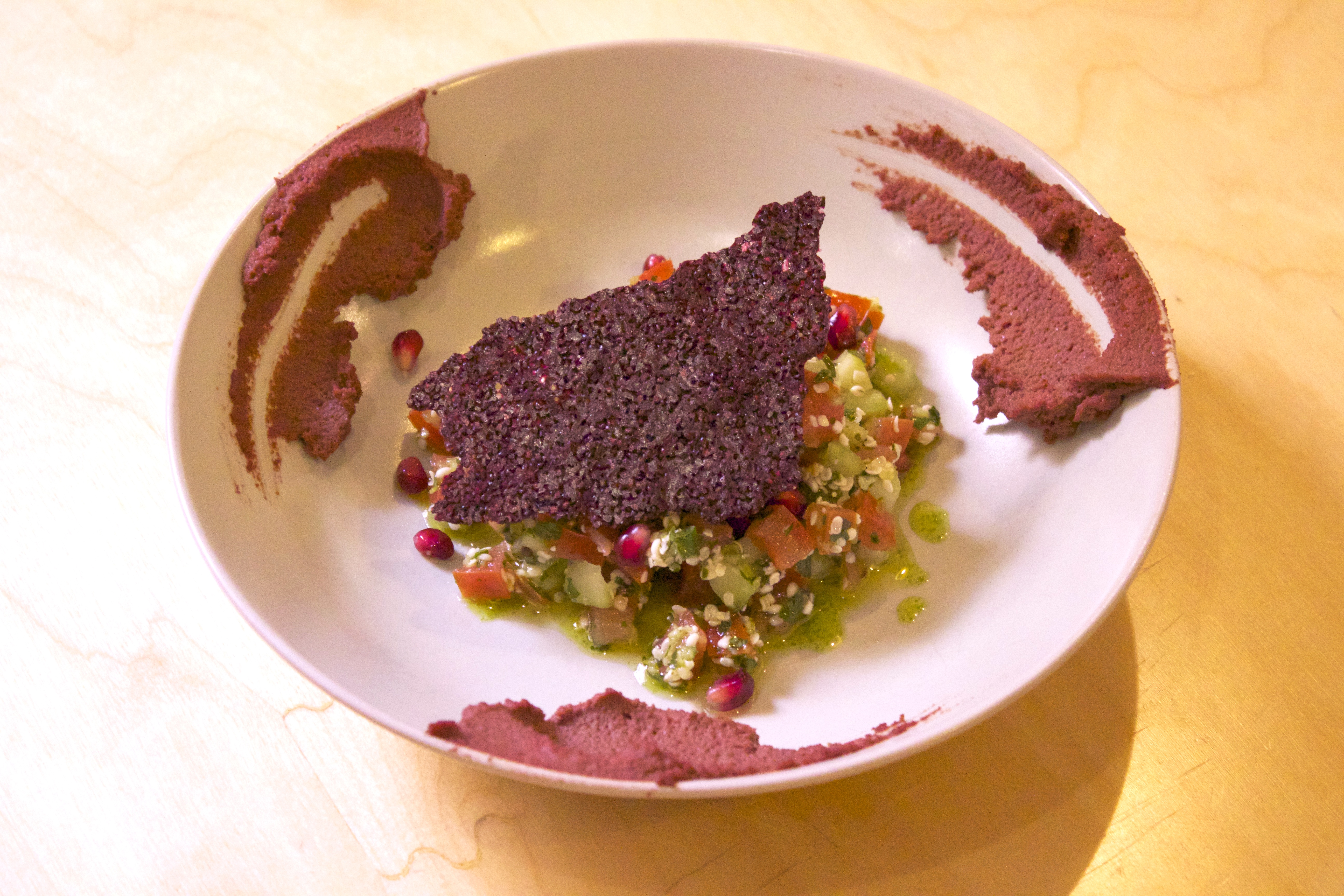 Our tasting menu consisted of a courgetti dish with vegan pistachio pesto, a dish of hemp tabbouleh with red turnip and pomegranate hummus and a cumin crisp, plus what must have been one of the most beautiful dishes I’ve ever seen – the pumpkin ravioli with spinach and pine nut cream and coriander/pumpkinseed pesto. The three dishes complemented each other marvellously, each offering a new taste sensation. It was easy to sense the chef’s creativity and affinity for ingredients.

But, as with any meal, what I look forward to the most is always dessert! And Mantra didn’t disappoint – their raw cheesecakes were both amazing. The raspberry one had a refreshing flavour while the coffee and chocolate one had more of a rich taste. 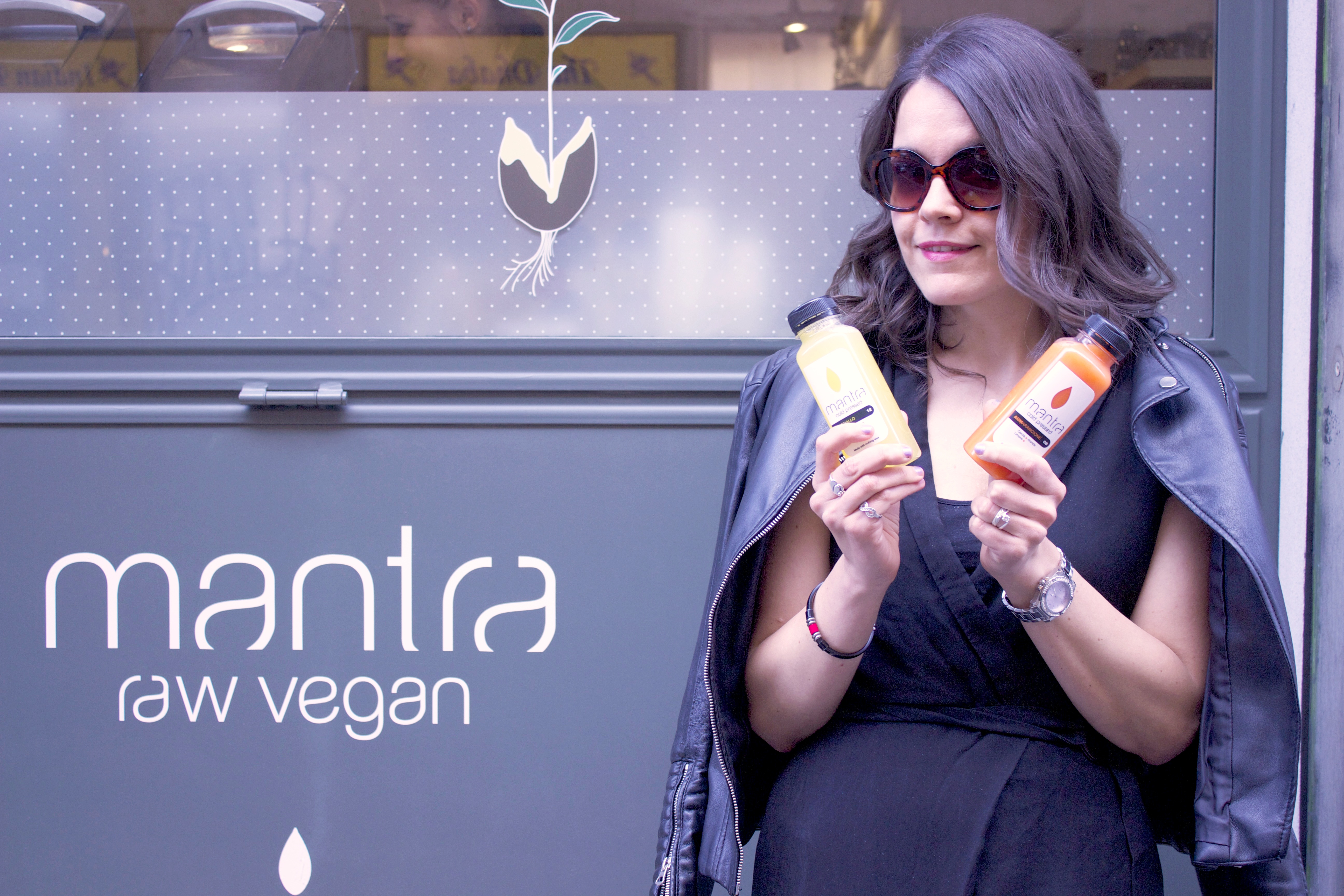 Mantra also shared two of their cold-pressed juices with us to photograph around Milan. These are prepared in the restaurant’s own Raw Lab – what cold-pressing basically means is that the juice is extracted from the fruit using a hydraulic press. No heat is used in the process, and the juice thus retains more of the fruit’s original enzymes and nutrients. 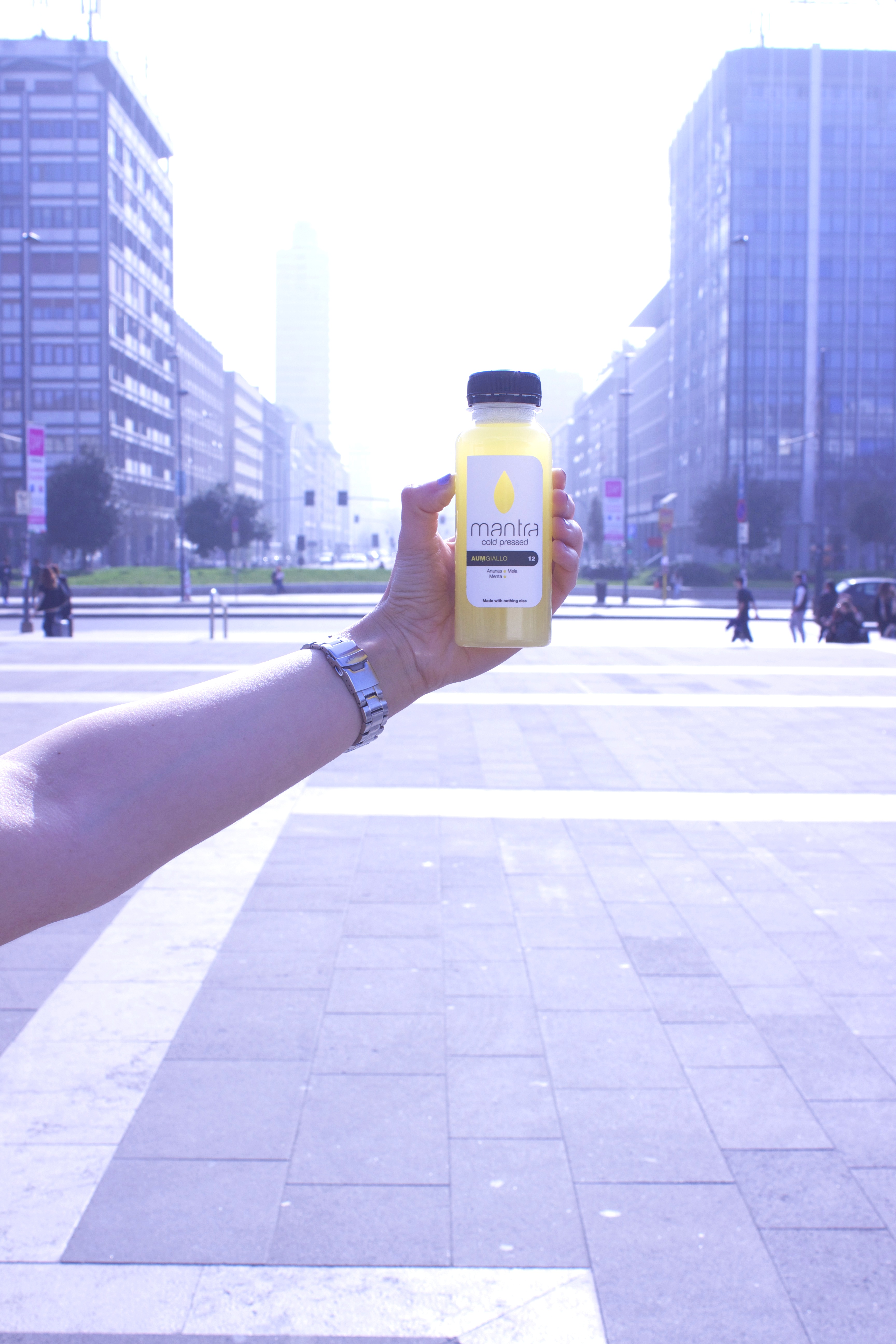 We had an orange-and-ginger and melon-and-lime juice, which we wanted to shoot in a way that would bring out the typically Milanese atmosphere, to juxtapose the holistic freshness of the juices to the steely, contemporary feel of the city (by the way, taking these photos was really hard – all we wanted was to drink the juices!). 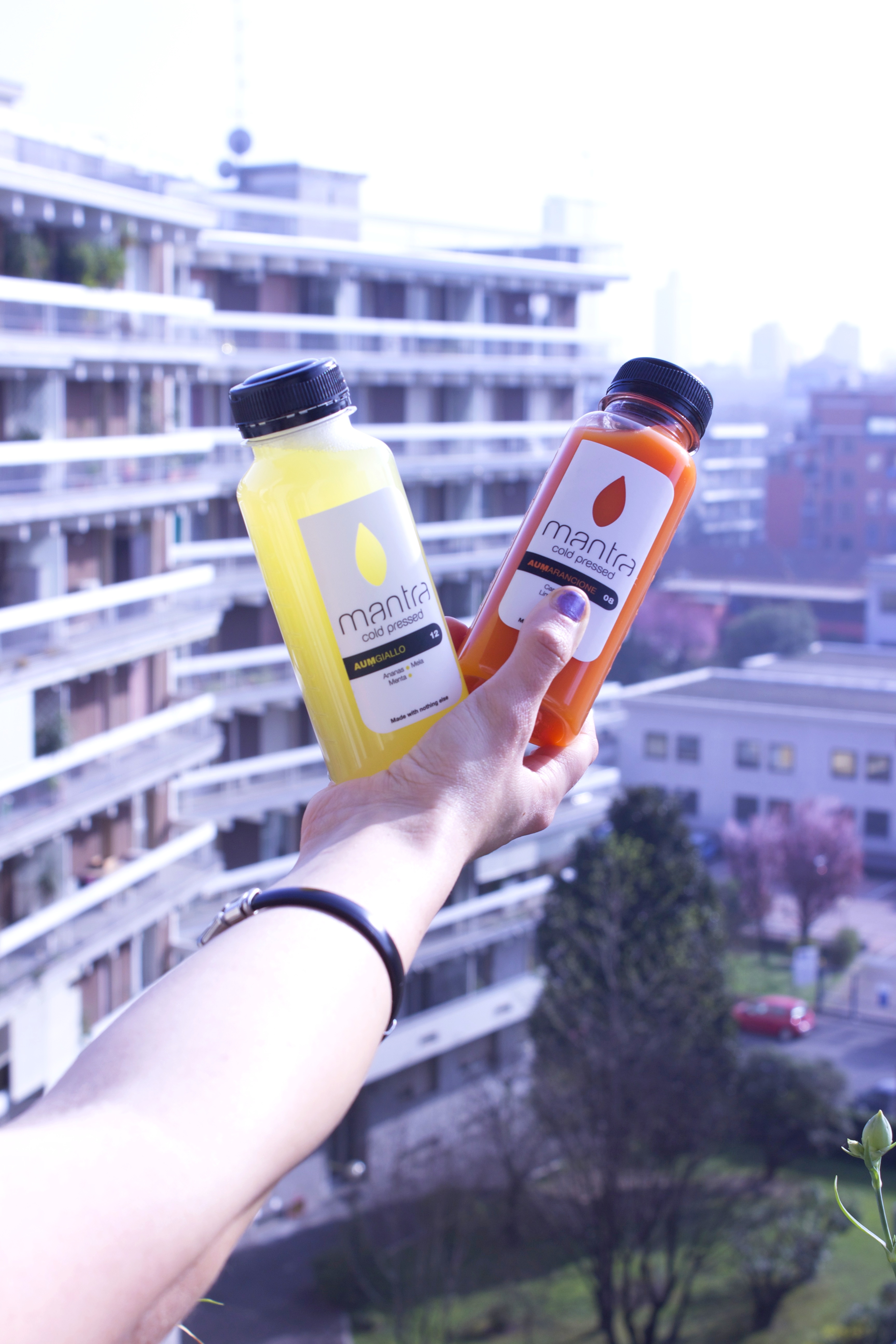 If you’ve never had raw food before, Mantra will be an amazing first experience. If you’re an experienced raw-foodie, you’re likely to leave this restaurant even more inspired. Never before has healthy food looked or tasted this exciting.

All photos by David Camilli.