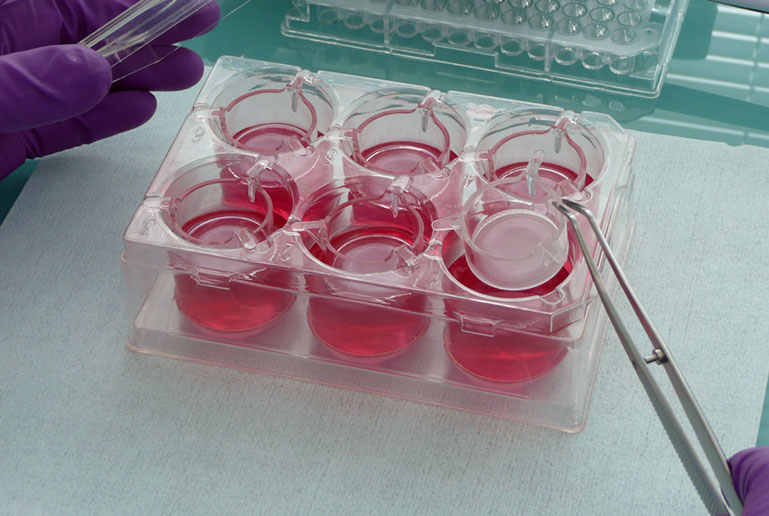 Before placing new products on the market, cosmetics companies, personal hygiene and cleaning brands, and pharmaceutical laboratories need to conduct research tests to analyse things such as efficacy and side effects. Until recently, most of these tests were conducted on animals, especially rabbits. Now, as animal testing is increasingly considered unethical and ineffective, and even illegal in some territories such as the European Union, it is gradually being replaced by tests on human skin and other alternative methods.

In this Wired piece, Sara Zhang delves into MatTek, one of the two major suppliers of artificial human skin (its main competitor is Episkin, a subsidiary of L’Oreal), shedding light on how this company does their intriguing job. Each week, the equivalent of two human bodies is dispatched to the whole world from their HQ in Boston. This faux skin is produced within MatTek’s laboratories from small pieces of human skin that’s been previously collected from hospitals. The skin in question is surgical waste from plastic surgeries, circumcision and biopsies where patients, or their parents, have agreed to donate excess skin to research. The company does not know much about donors, but maintains the profiles of race, gender and age.

To the naked eye, the MatTek skin does not look like skin. What the company does is to reduce body parts to their most essential cells – MatTek’s tissue models include bits of eye, lung, intestinal, vaginal, and mouth tissue, all grown for testing. And if you think that those little bits are limited to the superficial part of the skin, think again: MatTek is able to reproduce layers, just like our own skin. However, as the article explains, “it doesn’t have hair follicles, nerves or oil glands. The protein scaffold on which the cells grow is simplified”.

Carol Treasure of XCellR8, a company that conduct tests for brands such as LUSH Cosmetics, told Wired that laboratory-grown skin medallions are the best alternative: “They are a much better simulation of human skin than animals are.” In the case of cosmetics, the skins mainly serve to test irritation, anti-aging, tanning and clarifying lotions. For drugs, component efficacy, degree of toxicity, metabolism and drug absorption are some tests that can be conducted.

With animal tests on the wane not only because they are increasingly being challenged by citizens, consumers, activists, and organisations, but because the scientific community itself already counts not only on synthetic skin, but over twenty other approved cruelty-free methods, we should see a shift of countries adhering to policies to ban animal testing, including in countries like China and Japan, and migrating to in vitro and in human tests.