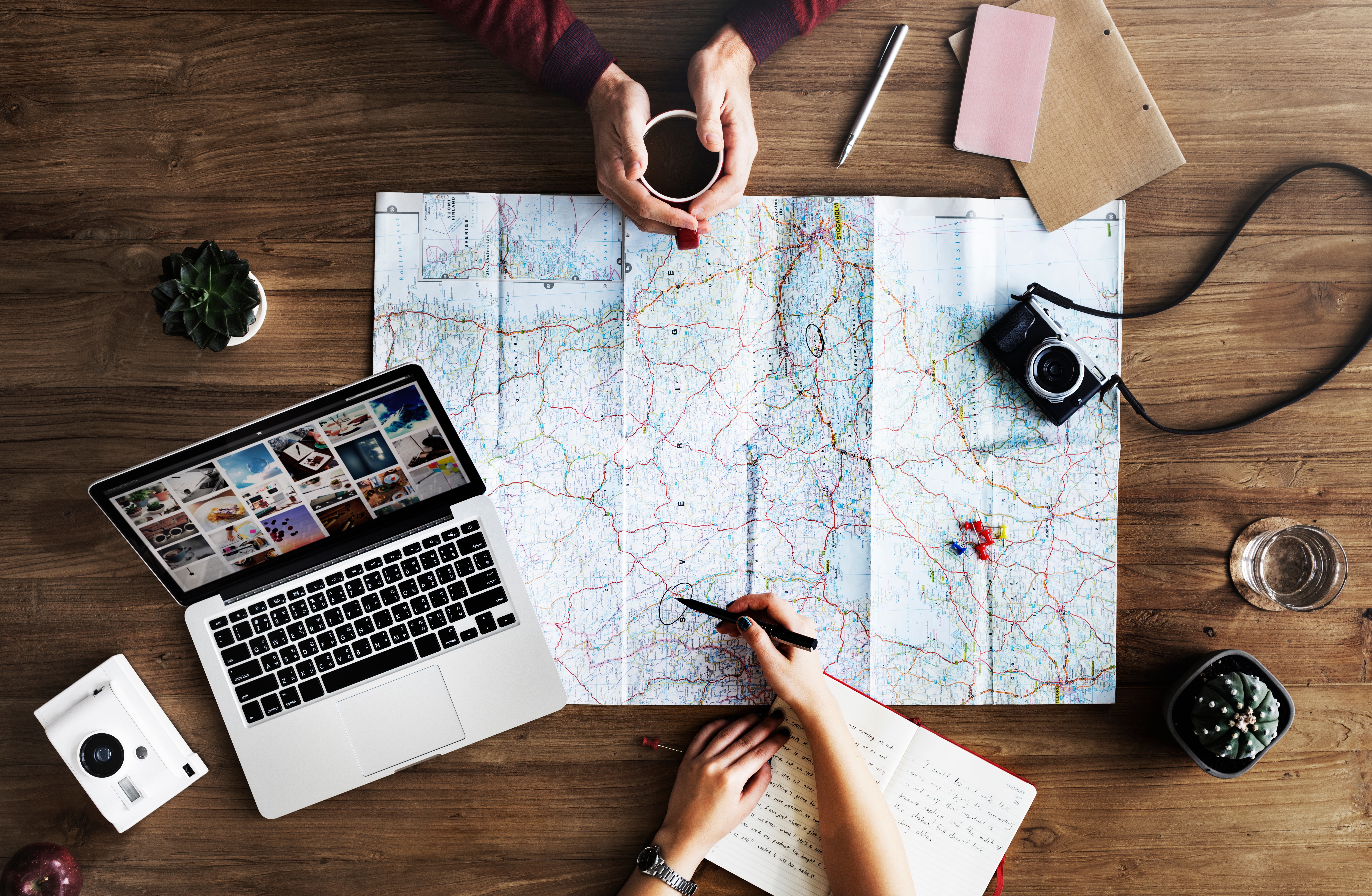 “Where are you from?” is a tricky question for me. Depending on where in the world I am asked it, I’m not always sure how to answer. I was born in Russia, moved to Sweden when I was six, did a semester in California at 19, then moved to Italy for six years and currently live in the UK. The cities I have called home include Moscow, Stockholm, Florence, Los Angeles, Milan, London and now Brighton. I have gone to 10 different schools and three universities that I started and finished before finally graduating from a fourth one. I have gotten up at 6 AM to get to my job in snowy Stockholm, and I have worked in dreamy beach resorts in Tuscany. I have dealt with rush-hour underground traffic in Milan and London. I have been a freelance journalist writing from cafés in three different languages.

And the thing is, I don’t think that I am finished.

At 33, I am used to seeing friends, colleagues and even my much younger sister settling down and having families, buying houses and generally selecting one place as “home”. I come to their housewarming parties and kids’ birthdays, I ooh and aah over their newborns, I even admire their new cars. But I know that as much as these things make them genuinely happy – and it’s real, tangible, undeniable happiness – that path will just never be for me.

What if it’s never too late?

When I left for California at 19 – my first time living away from my parents’ home – I was on the receiving end of many comments: “if you don’t do it now when you’re young, when will you ever?”. The same comments that I hear now from my 20-something friends itching to change careers, homes or countries: “because now is the right time, before it’s too late”. For a very long time, those words scared me to death. At an older age than those people, I had the same itch for adventure, one that had always been there and showed no sign of fading. And I was terrified of that day when it would be “too late” for me to just close my eyes and leap. The stress of having to “do it all” before I got too old, and the terror of wondering what would happen once I crossed that line, made me sick: the panic and anxiety I suffered from in my teens and early twenties came back full force around my 29th birthday, just ahead of moving to London.

But once I was confronted with the “do what you love and screw the rest” spirit of some people who had chosen London as their home, it hit me: I didn’t have to stop moving. No matter how old I got. Ending up in a secure, “grown-up” life was a choice – not a natural life consequence – and I was not obliged to make it. It might seem obvious, but stepping outside the safety-searching reality of my hometown helped me realise that nothing terrible would happen if I simply didn’t choose that way of living. Of course, that realisation was faced with doubt from the outside world: “you’ll grow out of it! You will get tired of constant change. You will crave security! We all do. It’s the natural course of life!”

A different kind of adventurous life

Years later, here I am, exploring yet another new town that I just moved to. That need for security still hasn’t hit me and I don’t see it ever arriving. If anything, my years of vagabonding around the planet have taught me that security isn’t real. It doesn’t exist in nature, where nothing is guaranteed, yet we humans constantly attempt to create a false sense of safety by surrounding ourselves with stuff: cars, houses, permanent work contracts, the latest gadgets, promotions, pensions, all to confirm that we exist, that we are stable, that nothing can touch us. But the thing is, it can. No one is immune to the very scary realities of life. That’s why I think that squeezing out as much life as you can from your years is crucial. There’s just too much world out there for me to sit still in one place.

For someone who is often defined by others as “adventurous”, I am a bit of a scaredy-cat. For all my love of travel, I’m not sure how I would fare in Australia or Thailand, as my insect phobia is at a debilitating level. You couldn’t pay me to go bungee jumping. I’m even scared of roller coasters (seriously, I’ve seen enough accidents to never get on those things!). But I’m still that girl who moved to another continent alone at 19. I’m still the girl who moved to Milan with €200 in her pocket. I’m still that girl who stepped off the plane in London without a job, a home, friends or money, but with a partner by my side who happens to share my can’t-sit-still gene. And while those moments all were scary, they also were life-affirming and life-defining. Something about that fear, something about starting over with a blank slate is addictive to me. New beginnings are my drug. And I don’t intend to get clean any time soon.

So stay tuned to see where my rootless existence will take me next. It might be a new adventure, a brief experience, or it might be a new home. Time will tell, but one thing is certain: wherever we go from here, it won’t be the same.

Security is mostly a superstition. It does not exist in nature, nor do the children of men as a whole experience it. Avoiding danger is no safer in the long run than outright exposure. Life is either a daring adventure, or nothing.

I am currently listening to…Green Day, hoping I can make it to a show this summer.

I am currently reading….The Girls by Emma Cline.

I am currently watching…Homeland, season 1. Yes, I know I’m late to the party!

I am currently planning...a research trip to Milan in March – stay tuned for a guide to this surprisingly vegan-friendly city.

Header photo by Rawpixel.com via Unsplash