With its star-studded FROWs and cavalcade of over-the-top looks, Fashion Week is an event we’re used to thinking of as frivolous, fun, frothy – until recently. This year, something shifted on and off the catwalks. While a hint of protest has been in the air since Karl Lagerfeld sent models holding signs and megaphones down the catwalk, this season took the spirit of revolution to the next level.

This desire to bring a change-the-world spirit to the runways stems from dissatisfaction with the current political climate – but it’s so much more than just a flavour of the moment. Tapping into attitudes that do reflect the times, but also lie close to the brands’ values, this “trend”, if it can be defined as such, is true to the nature of fashion – to be a mirror of society.

Designer Prabal Gurung, makeup brand Illamasqua and animal rights charity PETA are three names that have built strong connections to Fashion Week through the years for a variety of reasons – and this year they have all spoken out for diversity, compassion, and respect in different ways.

Known for his extremely polished, refined collections that are instant celeb favourites, New York designer Prabal Gurung sent out the usual parade of sophisticated opulence down the runway – before finishing off with the models wearing tops emblazoned with a number of slogans such as “Revolution Has No Borders”, “Love is the Resistance”, and “This is What a Feminist Looks Like”, worn by the designer himself as he stepped out on the catwalk post-show. A clear and precise message as to where this brand stands in the political debate, if ever there was one. 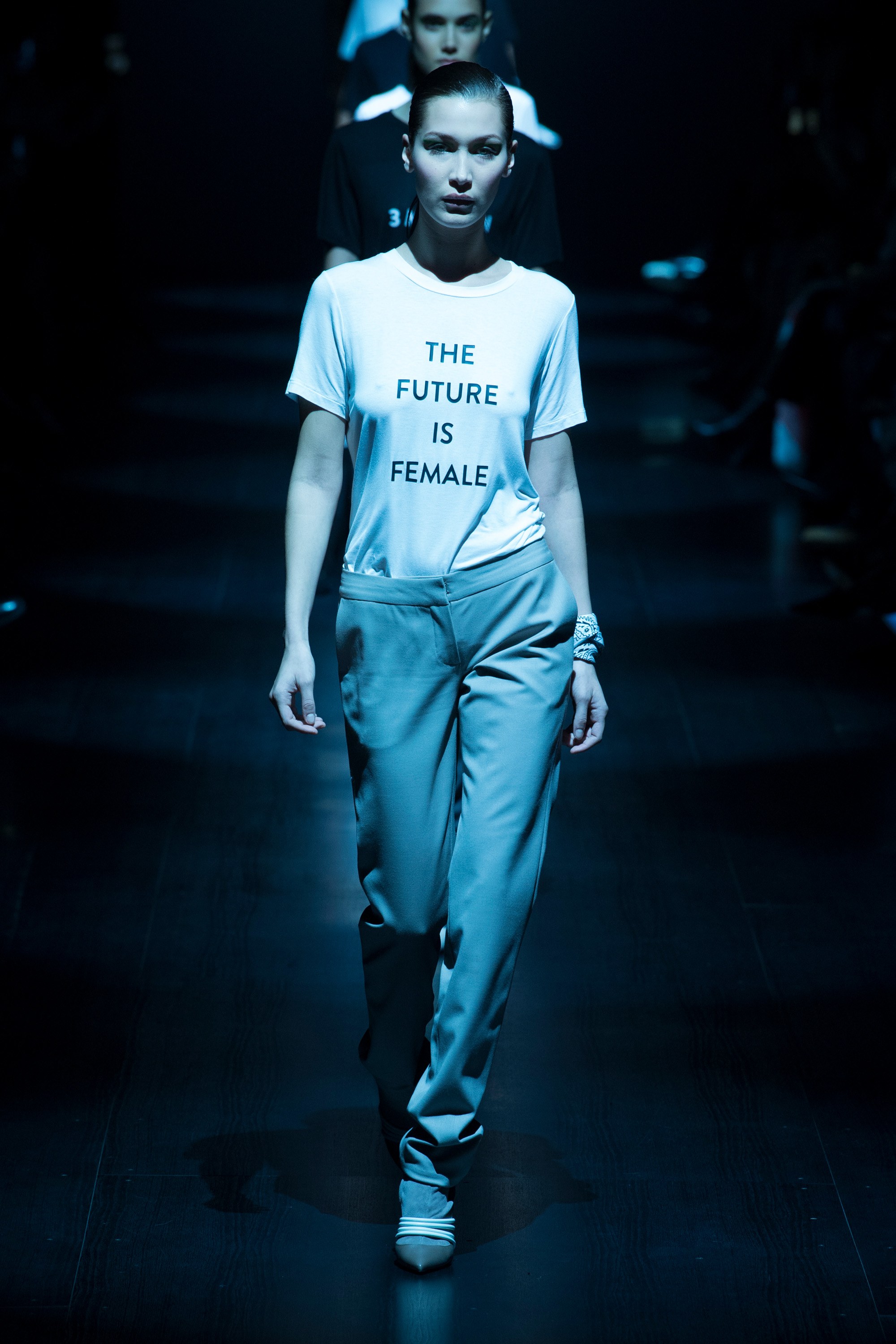 Despite the calendar reading 2017, it’s still rare to see a model with a curvy physique on NYFW catwalks – but each season, smatterings of diversity find their way in. Along with his revolutionary message, Prabal Gurung featured plus-size models Marquita Pring and Candice Huffine, who rocked the elegant creations just as well as any of their more lithe catwalk companions. Overall, this felt like a breath of fresh air – one that could only be made fresher yet by the absence of animal skins. 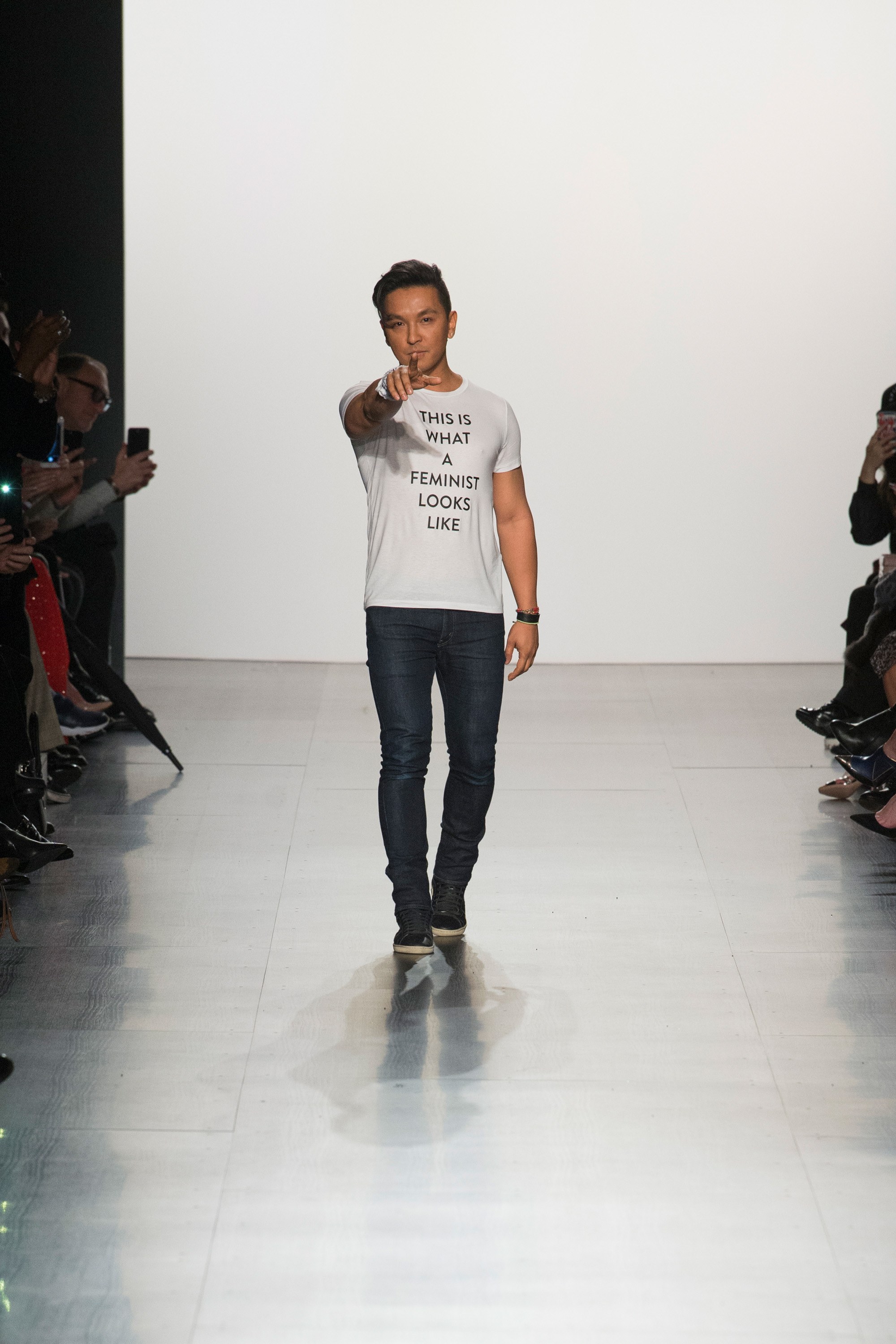 Illamasqua: Taking a Stand Against Fascism

In time for Fashion Week, the cruelty-free and vegan makeup brand that gained PETA-approved status last year brought out an initiative unheard of for a cosmetics label: the label announced they would now only sell to customers who shared their values.

Somewhat akin to brands who prefer to miss out on the huge Chinese market rather than be taken off on cruelty-free lists, this pledge is, according to founder Julian Kynaston, “designed to drive away the people we would rather didn’t wear Illamasqua”. Actively turning customers away to maintain brand values is a bold move – one that will certainly be ground for discussion and attention, and that will certainly cement Illamasqua as a label with values. Who said beauty was only skin deep? 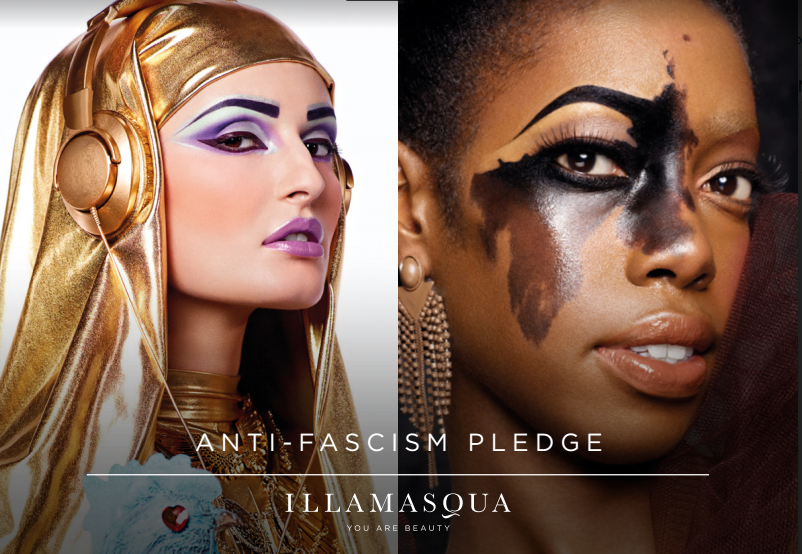 Making  reference to the brand’s roots in protest against celebrity culture, Kynaston continues in the letter that constitutes Illamasqua’s news release: “We know we can’t stop anyone from buying our products. But we can actively discourage them. The people in question need to understand that no matter how hard they work to make themselves beautiful on the outside, makeup can never hide the ugliness inside.”

This move might cost Illamasqua some sales, especially in the US, their second-largest market – but it will position them as brave, forward-thinking tastemakers who champion diversity and acceptance. It brings to mind Kurt Cobain’s famous words: “if you are a sexist, racist, homophobe, or basically an arsehole, don’t buy this CD. I don’t care if you like me. I don’t like you.”

PETA: Bringing Attention to the Plight of Exotic Animals

A reoccurring presence at Fashion Week, PETA crashed LFW with a trio of activists wearing little more than heels and crocodile masks in the February chill of London. Why the crocodile masks? The aim of the eye-catching action was to draw attention to the suffering of reptiles for “luxury” fashion accessories, as documented in a recent PETA undercover investigation into crocodile farms in Vietnam. As the video footage revealed, crocodiles at the farm, which has supplied skins to Louis Vuitton, were piled atop one another in tiny concrete pits and cut up while still alive. 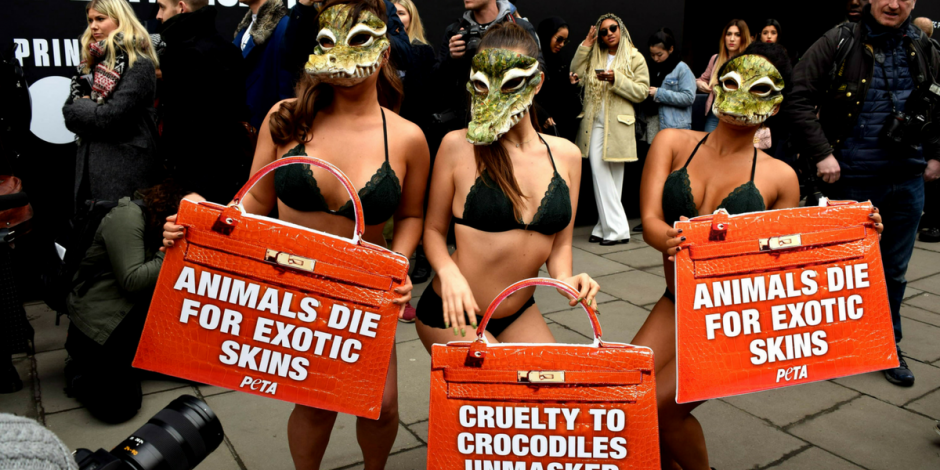 Say what you want about PETA’s nude protests, but one thing is certain – they work. Not even an hour after the action, it was splashed all over fashion and news press, and it wasn’t the first one. The organisation’s head-turning manifestations tend to stir up controversy, but let’s not forget that so far the group has been instrumental in convincing the likes of Hugo Boss, Giorgio Armani and the Kooples to ban fur. Will the exotic-skins industry – already shunned by names like Mango, Topshop and Stella McCartney – be next?

Photos from VOGUE.com, Illamasqua and PETA