In my work as a vegan travel blogger, I have always wanted to do things which make a difference, actions that are worthwhile and meaningful, and cause positive changes in the world. That’s why I was extremely excited when I got the opportunity to go to the Dominican Republic earlier this year to volunteer in their local communities and make a difference while exploring a new country.
I, like other travel bloggers, had a tight schedule, filled with community activities, which we chose from a list, naming those projects we’d like to help with. These activities included making water filters, planting trees, building concrete floors in local houses and teaching kids numbers in English. We also gave an extra helping hand at various women’s cooperatives, where our extra work added up to a whole week of work for them!
After reaching the Dominican Republic, we worked with non-profit organisation  IDDI, whose primary objective is to contribute to the socioeconomic transformation of individuals, families and communities in the Dominican Republic, as well as in Haiti.

IDDI employs school graduates as facilitators- they already speak great English because they have been exposed to so many English-speaking tourists. However, it is a fantastic opportunity for them to practise their English, earn good money and help their families, as well as fund their further education.

During our down time, I explored the city of Puerto Plata as a tourist, which included snorkelling from a catamaran and enjoying the beaches with some locals.

One of the key causes of poverty in the Dominican Republic is the lack of job prospects for women who have families, women without access to education. Chocal is an initiative which was created to empower and support local women by giving them jobs. Chocal is run and operated by the same women who live in the remote village of Altamira, not too far from Puerto Plata.

This factory is set up by non-profit organisations, and, as a result, the local women are able to feed their families, recruit within their families, as well as support the local farmers and a community of 120 families who all grow cocoa in their gardens to sell to the chocolate factory.

Part of the help which visitors provide is to spend money in their shop which sells products made in the factory. We also helped with speeding up the process of chocolate-making by sorting out the bad cocoa beans from the good ones, removing the shells from the nibs and helping to package the chocolate that had already been made. While working, we got to know the locals with the help of our facilitators and their superb translation skills!

To make this more impactful and less invasive to the kids, we were told to re-cap on the last lesson which the last group of volunteers had taught them, and then move on to the next one. That would ensure their progress, and they would also have the next bunch of volunteers to look forward to.

Sitting on a classroom floor in a circle, I looked across the room at the sweetest girls, some of whom were shyer than others. One girl was so bright and I felt stupid teaching her 1-100 – I could tell it was too basic for her. I could relate to her, as when I first came to England, I was very advanced in my maths lessons but I didn’t know the language, which was quite frustrating at the time.

I could tell she felt like I was patronising her by asking her, “What is 33 in English?” I could just see her rolling her eyes in her head! However, I realised that speaking English with a native would help her with her pronunciation, and this kind of exchange would benefit them all in the long-term.

I was so impressed by how eager, excited, willing to learn and well-presented they all were! They were all so polished, holding their little notepads.  At the end of our lesson, we wrote some notes of encouragement in the notepads for them, so that in the future they can look back and remember us.

It was tear-jerking to get a hug from the girls after I had witnesses their shy personalities warm up to me, and even without being able to communicate in the same language, smiles and hugs are always heartfelt and universal.

This is another women’s cooperative, which works to give more job opportunities within the community, where the same women run the show. This collective receives donations of paper, recycled from local businesses and the nearby Puerto Plata city, which they then make into stationary, greeting cards, business cards and more.

Full of spirit and laughter, these women were among the jolliest, happiest women I have ever met. It was with great care that they taught us how to make candles, coasters and jewellery. These items are then available for purchase at their shop at nearby fairs.

We had a great time with the women who worked there, and, while making coasters, I got chatting to one of our facilitators by the name of Landan. He asked me what I did back in London, and I told him that I am a travel writer and I get paid to travel the world and write about it. He couldn’t believe that such a job existed and that I didn’t even need to study for it!

There were so many wonderful things I loved about the Dominican Republic. One of them was what seemed to be some of the happiest, most welcoming and friendly people on this planet. However, a few things which also stood out to me were the lack of recycling systems in place, and this is evident throughout the island.

As we drove by, we saw big landfills of rubbish throughout the rural parts of the island. As we chilled out on one of the local, not so mainstream beaches outside of Puerto Plata, it was surprising to see so much plastic washed up on the beach, just casually sunbathing alongside us. It appears that the locals are not aware of the kind of damage it causes to the environment. There are not likely to be any systems in place to do anything about it, but it is such a shame to pollute such a beautiful island.

In the few days I spent in the country, I immersed myself in the local culture, heard stories of the people,  and was infected by their contagious laughter and gratitude for life and everything that they have. I left inspired and moved!

This was previously published on World Within Her. 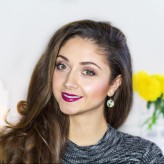 Marsha is the blogger behind luxury vegan travel blog WorldWithinHer.com