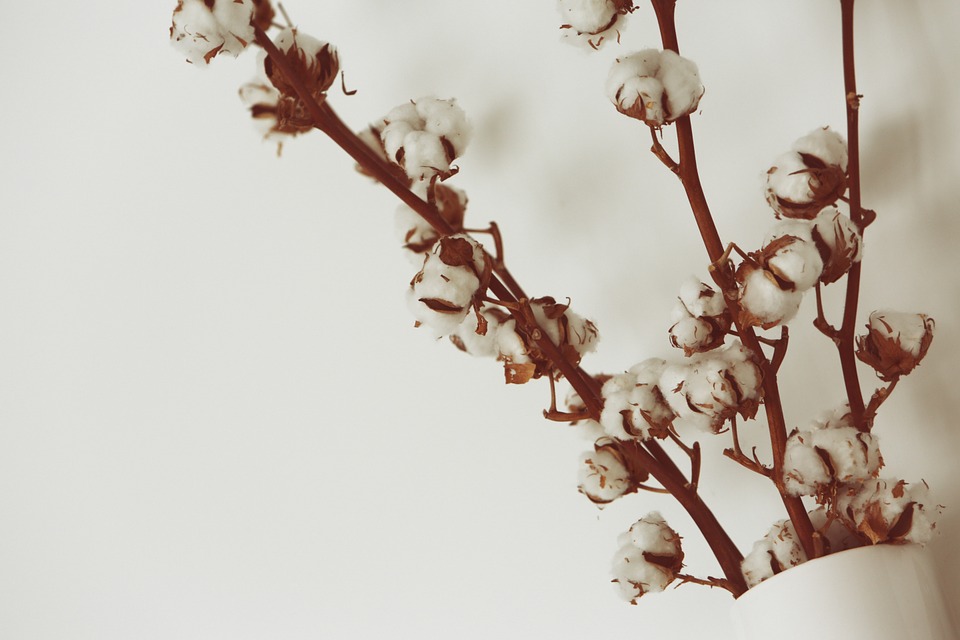 Those of us living a vegan lifestyle aim to cause the least amount of harm to others as possible. Usually this is focused on animals, but being conscientious of human welfare and the environment are a part of a thoughtful life as well.

So let’s talk about a staple of vegan fashion – cotton. Soft and natural, cotton is “the fabric of our lives.”  But this popular fibre is not always as harmless as it seems.

“Unsustainable cotton farming, with massive inputs of water and pesticides, has already been responsible for the destruction of large-scale ecosystems such as the Aral Sea in central Asia and the deteriorating health and livelihoods of people living there. Cotton is also one of the most ‘thirsty’ crops in several large river basins (see report Agricultural Water Use and River Basin Conservation) including the Indus River in Pakistan, the Murray-Darling Basin in Australia, and the Rio Grande in United States and Mexico.” Cotton Farming, WWF

Cotton is a highly dangerous and environmentally destructive crop due to the measures taken to increase its profitability in completely unsustainable methods. Conventional cotton is grown from potentially GMO seeds treated with fungicide or insecticide, grown with heavy fertilisers and intensive irrigation, and sprayed with pesticides and chemical defoliants. In fact, globally cotton accounts for 25% of all insecticide use and 10% of all pesticides. One of the biggest culprits of this contamination is the widespread use of a pesticide called, Aldicarb, a chemical toxic to humans and wildlife, which is presently used in 25 countries, including the the US. 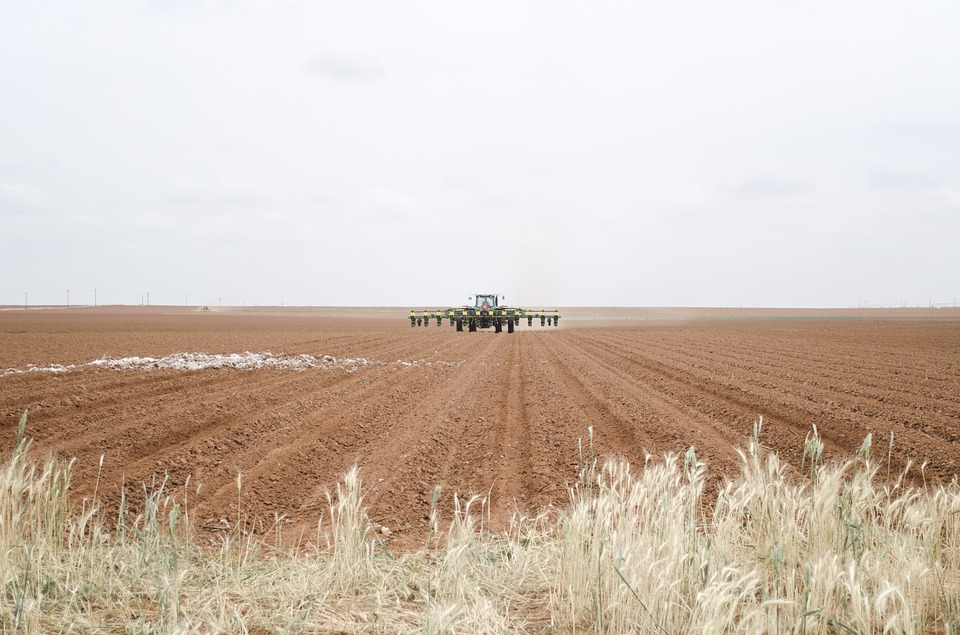 If the high usage of pesticides weren’t enough, there is evidence that the spray distribution of chemicals can means that only a fraction of the pesticides actually reach the plant. In a study conducted in California’s San Joaquin Valley, only 25% of pesticide sprayed are actually reaching the crops, while the remainder pollute the air, land, and water reserves, leaving a long-term impact on the health and sustainability of the land, and making it more difficult to employ ethical farming methods, due to the wide, and often uncontrollable distribution of pesticides.

In addition, water consumption and subsequent contamination is high on the list of environmental concerns. According to the WWF, it can take up to 20,000 litres of water to produce just enough cotton for a pair of jeans and a t-shirt. Not only does this account for over-consumption, but also overall contamination.

“Six of the world’s top seven cotton producers have been reported to use children in the field. Forced child labour – a clear contravention of the International Labour Organisation’s (ILO) Convention on the Worst Forms of Child Labour – is disturbingly common.” The Children Behind Our Cotton

Child labour in the cotton industry is pervasive and disturbing. Aside from being highly unethical in and of itself, the work required often involves children to be separated from their families and unable to go to school, perpetuating the cycle of poverty and leaving long-lasting individual and social issues. Children are highly vulnerable to abuse and often lack the ability or resources to communicate with anyone who can provide them with comfort, support, or safety.  Additionally, exposure to chemicals that are harmful to their development and can lead to potential major health problems, thereby creating a long-term socio-economic burden. 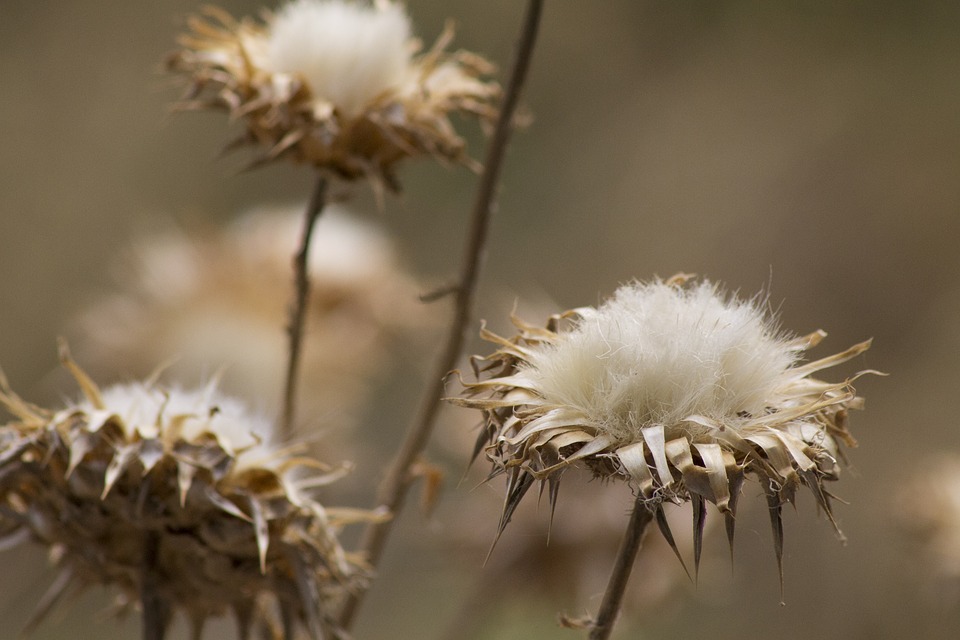 “For many child cotton workers, their contribution to this multi-million-dollar industry goes uncompensated. Children are often trapped in debt-bondage due to loans extended to their impoverished parents, while others are only guaranteed payment – usually pitiful sums – at the end of several months’ work.” The Children Behind Our Cotton

There are many reasons children are forced into child labour. Sometimes children are working to repay a loan taken by a parent, or they have no other means of survival. In some countries like Uzbekistan, their multi-million dollar cotton industry forces children to leave school to hand-pick crops during the harvest season, for which they receive little to no pay.

The suicide rate amongst cotton farmers in India is 47% higher than the national average. And sadly, even in tragedy farmers are not absolved from their debt, leaving their families forced to take on the compounding debt which can lead to the loss of homes, possessions, or continuing the cycle of child labour.

“In the last 20 years, nearly 300,000 farmers have ended their lives by ingesting pesticides or by hanging themselves. Maharashtra state – with 60,000 farmer suicides – tops the list.” India’s Shocking Farmer Suicide Rate, Aljazeera

Additionally, exposure to chemicals threatens farmer’s health from the intense use of pesticides in their job and environment. According to the World Health Organization, acute pesticide poisoning affects 3 million people and accounts for 20,000 unintentional deaths per year and can lead to higher rates for certain kinds of cancers.

By choosing organic cotton, it helps protect not only the environment but also those who grow it. Third-party oversight organisations like the Global Organic Textiles Standard (GOTS) not only give guidelines for environmental standards, but also social standards that protect wages and exclude child labour. 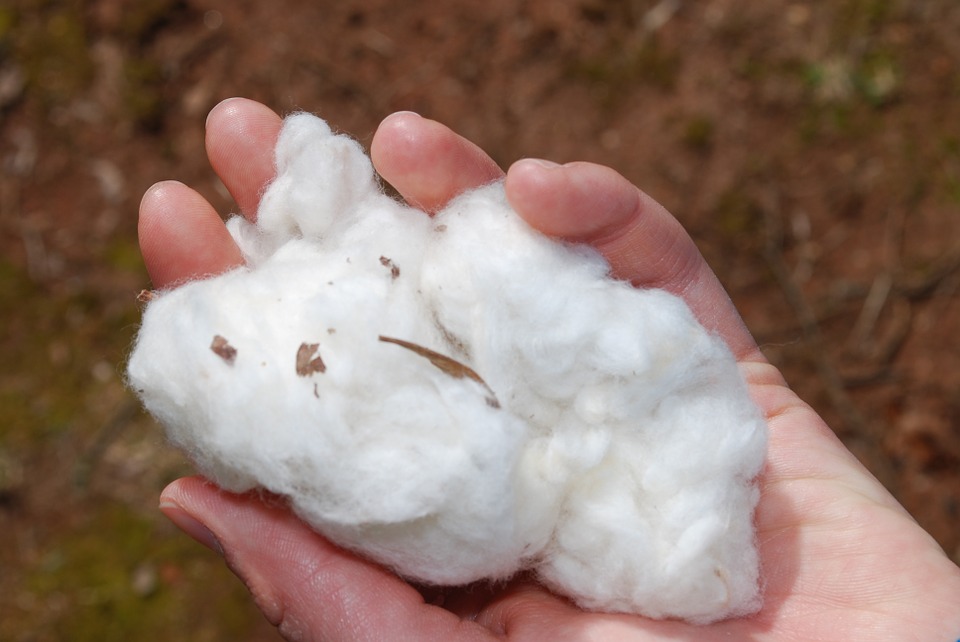 Organic cotton is grown with untreated, GMO-free seeds and requires crop rotation to keep the soil healthy. Trap crops are used as opposed to insecticides, and natural defoliation is done by freezing or water control.

While the amount of organic cotton being produced is strikingly low, between the years of 2009-2010 there was a 36% increase in the growth of organic cotton in the US and it has grown an additional 14% in 2014. As consumer awareness and demand grows, this increase will continue, allowing for a healthier environment and reducing the parts of this industry that lend themselves to greed and exploitation.

A few of our favorite GOTS organic cotton brands:

Photos via Pixabay and Unsplash