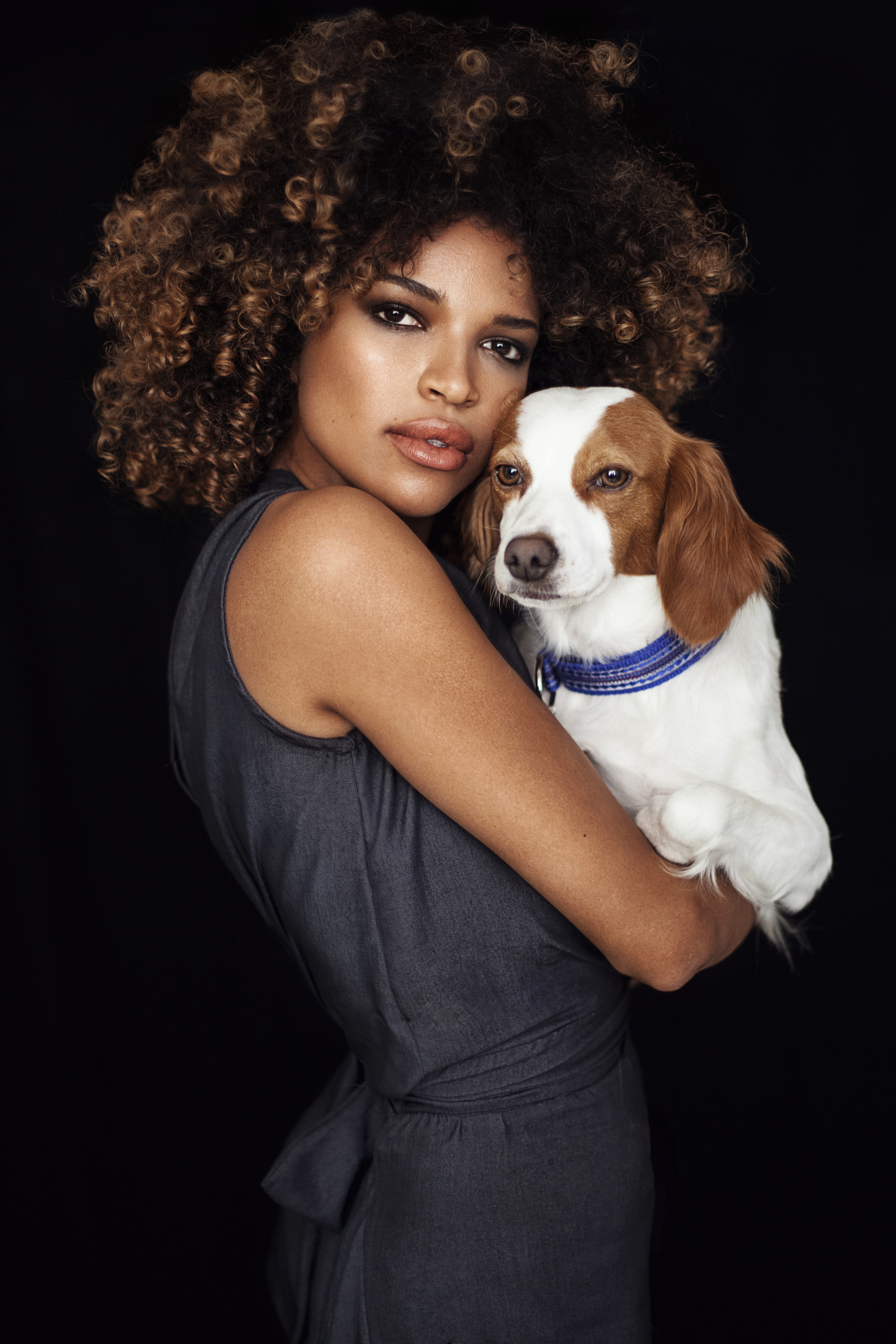 This story of rescue dogs Tou and Tendre (meaning “Soft” and “Tender”) will truly warm your heart – and the shoot with vegan model Jackie Almeida is the most beautiful complement to the story.

Vegan model Jackie spreads the word about healthy and delicious vegan living on her blog and Instagram account, so she was the natural choice for photographer Lorena Sturlese’s shoot with Tou and Tendre, in a bid to find the dogs a new home -together. 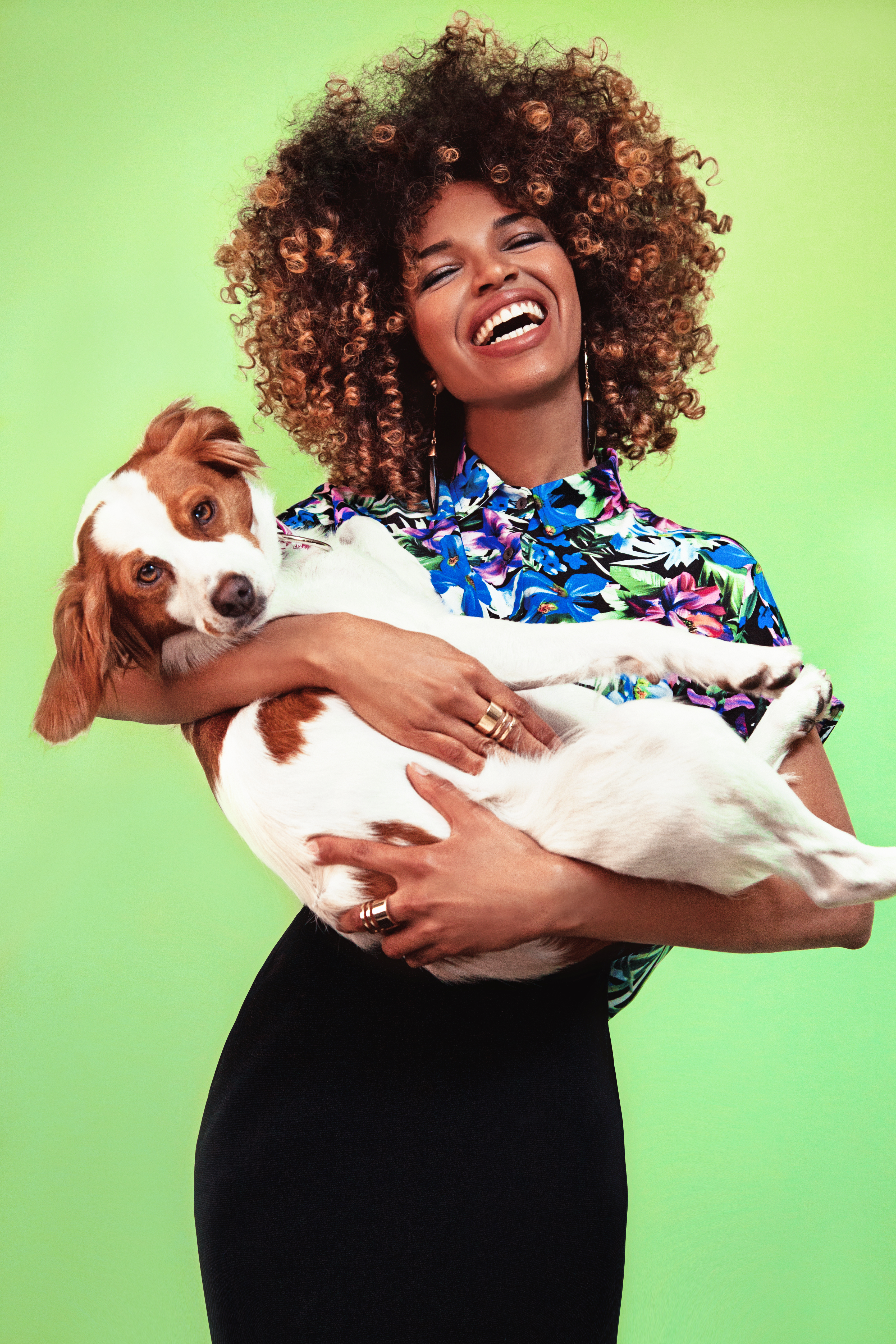 Living in rescue centre Pataners in Barcelona – a shop selling pet supplies but also dedicated to finding new homes for abandoned animals – Tou and Tendre were raised together and were inseparable (aaaaw). They came to Pataners from a breeder, where dogs were used to breed dogs in terrible conditions. Pataners believes them to be mother and son.

Before Tou and Tendre were rescued, they were locked in a garage without the chance to go outside or socialise with other dogs. Upon their arrival at Pataners, the two dogs were stressed and anxious, but soon after being introduced into their new environment, they regained their sociable and happy nature.

When trying to find new homes for the dogs, Pataners discovered that they were extremely stressed when separated. Unfortunately, it was proving difficult to find them a home together, as adopting not one but two dogs is a big commitment. Nevertheless, Pataners refused to give up and wouldn’t hand the dogs over to separate guardians. Their aim was for Tou and Tendre to continue their lives together.

“I had a very special day working with an extraordinary group of human beings”, says Jackie Almeida on her Instagram. “This adorable puppy and his mother have been abandoned and are waiting for adoption, like millions of other dogs around our planet. Don’t treat them like objects you can use and discard at any time. They are God’s creatures, just like us, and Pataners is doing an amazing job here in Barcelona.”

“When I met Tou and Tendre I was surprised at how well-behaved and sweet they are,” says photographer Lorena Sturlese. (check her work on Instagram: @sturlese). “They really are adorable dogs!”

Apparently they were just too adorable to pass up: recently, Tou and Tendre found their forever home…together! 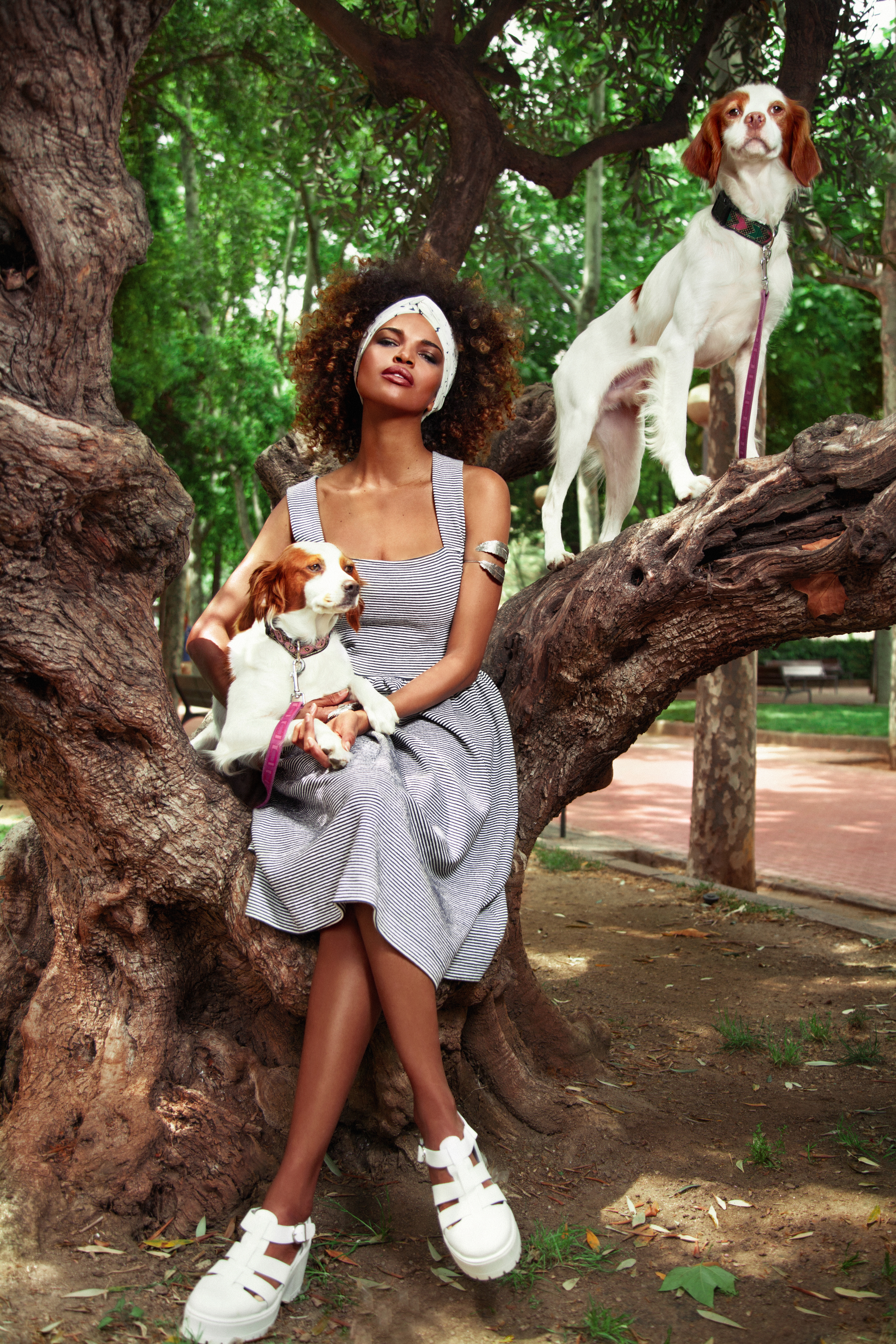 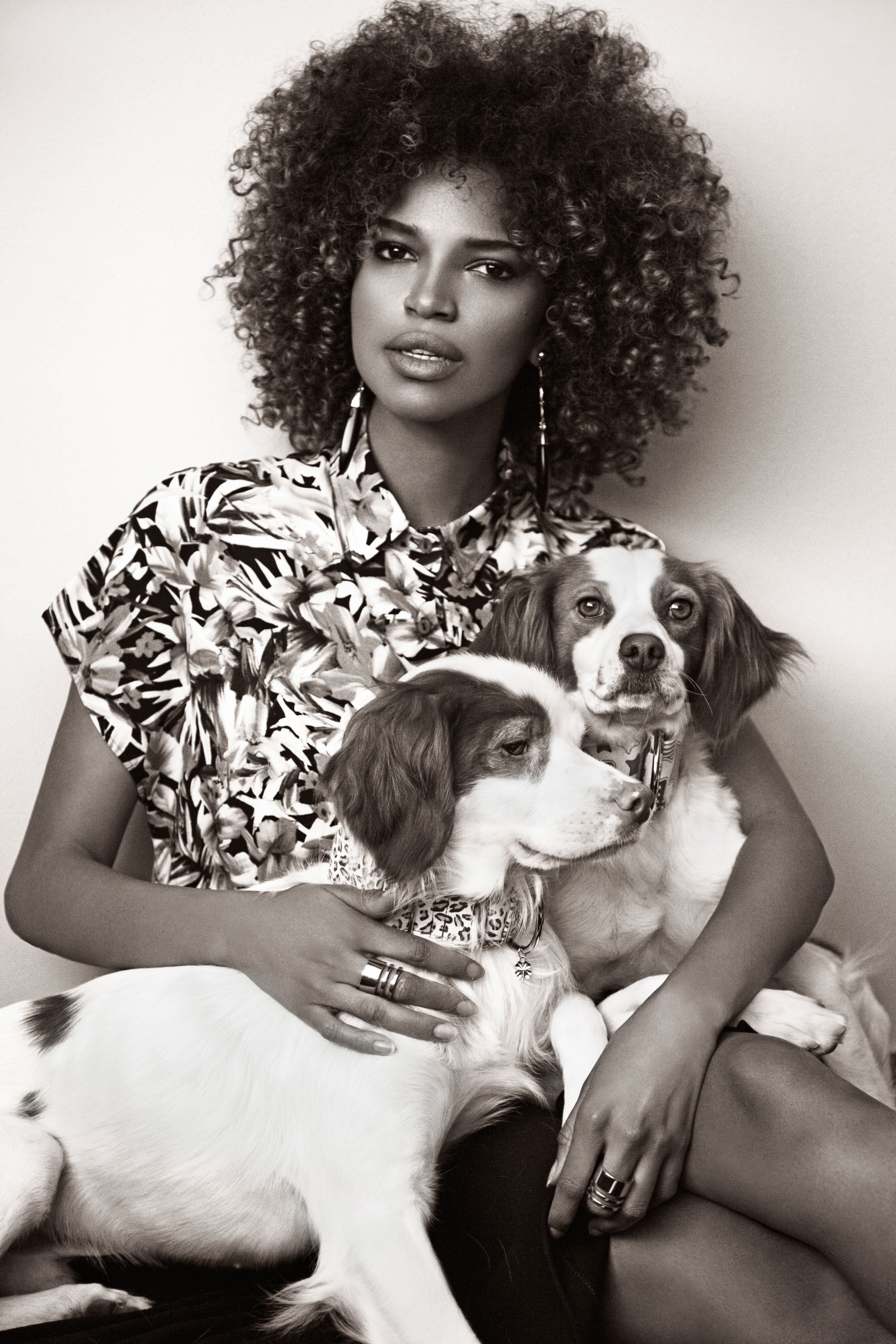 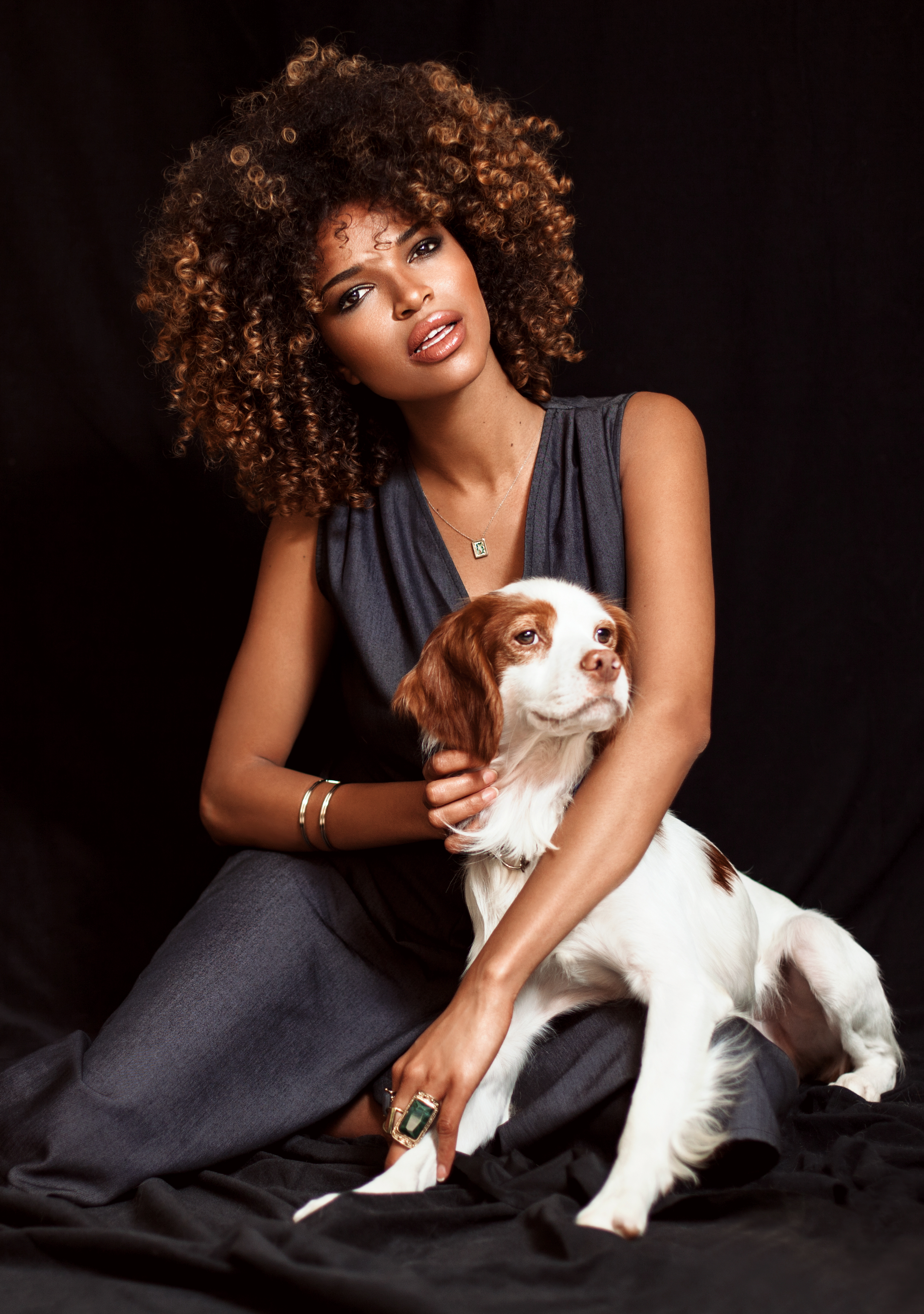 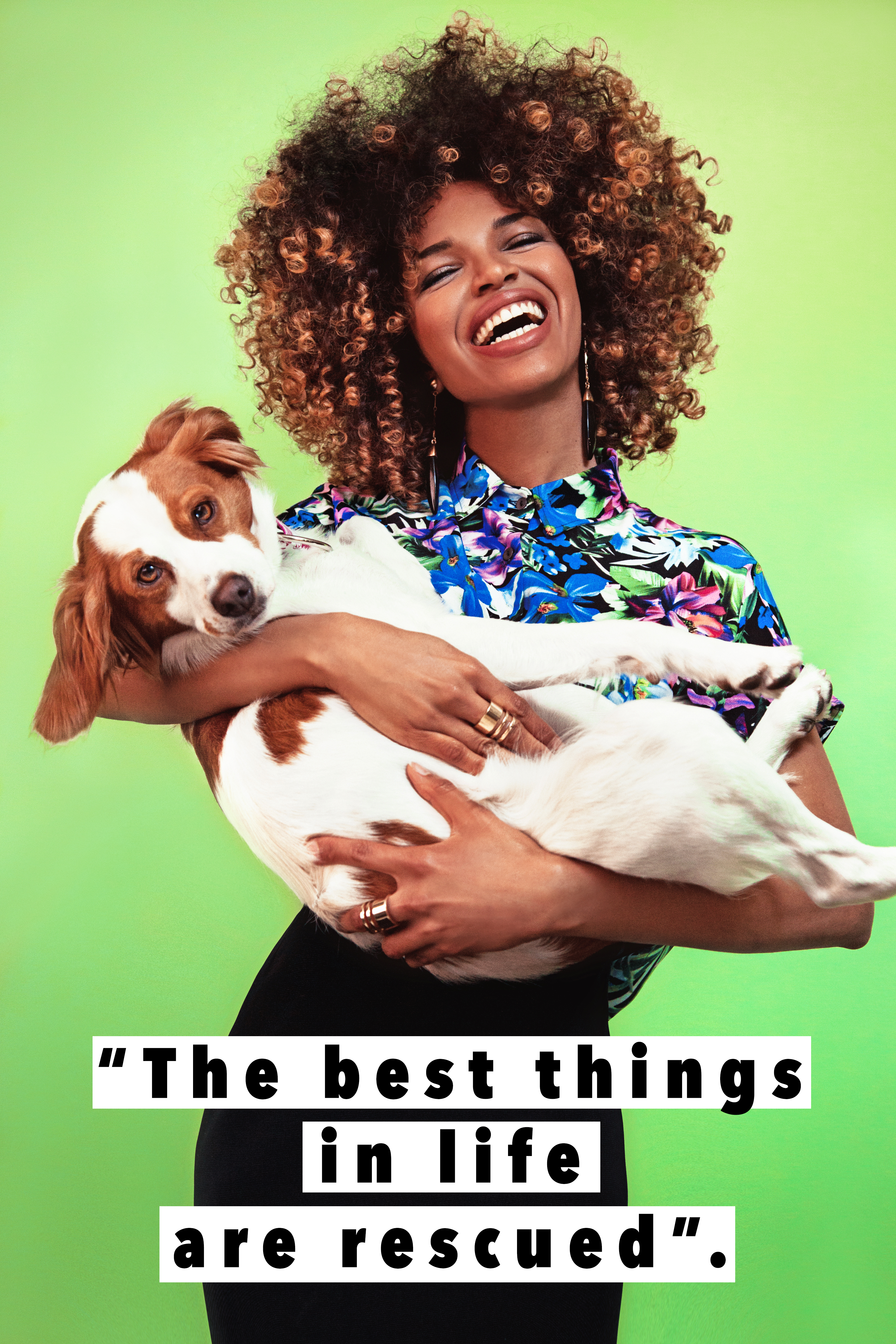