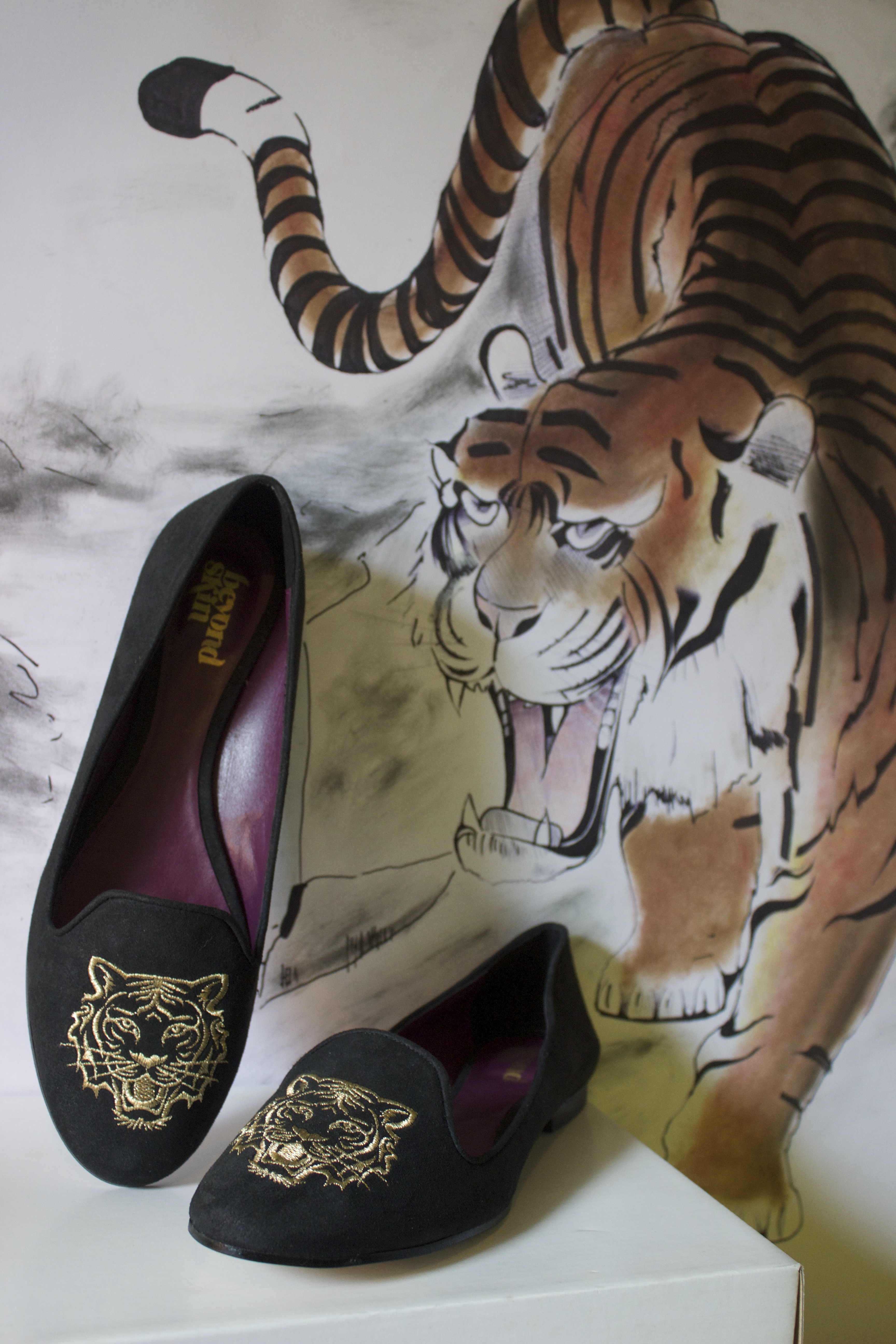 One of our favourite cruelty-free shoe brands, Beyond Skin, has teamed up with charity World Animal Protection to highlight the cruelty of using tigers and other big cats in the tourism industry in the form of a high-heeled shoe and a flat style with gold-toned tiger embroidery.

World Animal Protection estimates that at least 550,000 wild animals, including tigers, elephants and dolphins, are suffering at the hands of irresponsible wildlife tourist attractions around the world, including leading suppliers such as Tripadvisor.  The animals at these venues are often taken from their families, beaten, endure ongoing physical and psychological abuse during training to make them submissive enough to give rides, perform tricks or pose for holiday selfies with tourists.

To bring this important issue to light and support World Animal Protection’s “Wildlife Not Entertainers” campaign, Beyond Skin has crafted a limited edition luxury Italian faux suede flat shoe and stiletto heel – and 10% of each sale will be donated to the charity. 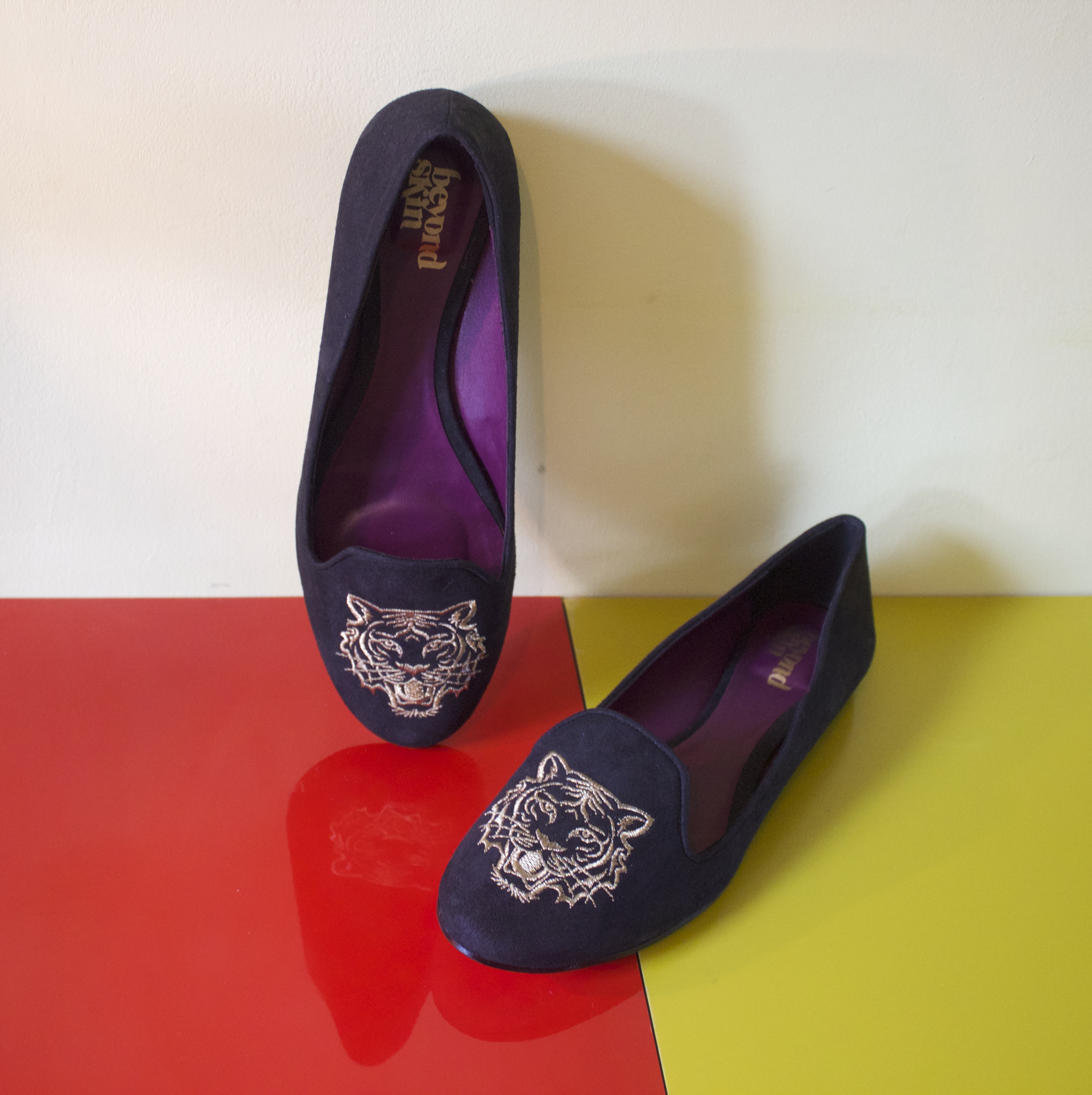 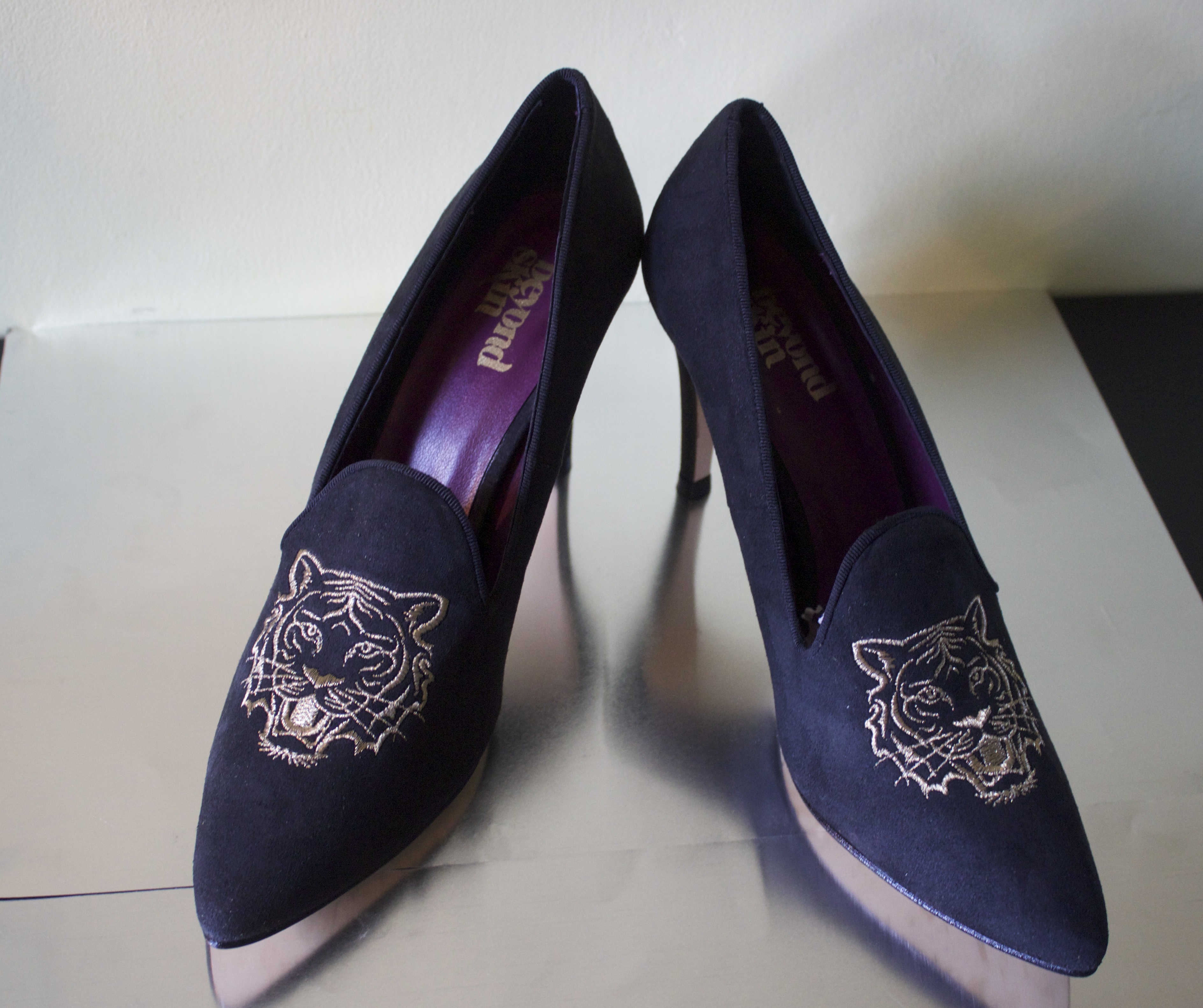 Beyond Skin said: “Ending the exploitation of animals is an issue that is close to our heart, so we’re very proud to work with World Animal Protection on this campaign.  We’re hoping that the two styles we designed will start conversations about this campaign and raise people’s awareness that wild animals deserve so much more than suffering for the sake of a selfie.”

In the words of World Animal Protection: “Tourists who are buying tickets to take tiger selfies, ride elephants or watch dolphin shows are usually unaware of the abuse and suffering the animals experience in these venues.  We are asking tourists to think about the welfare of the tigers. We’re asking instead they put their best foot forward for wild animals and wear a stylish shoe instead of snapping a selfie.” 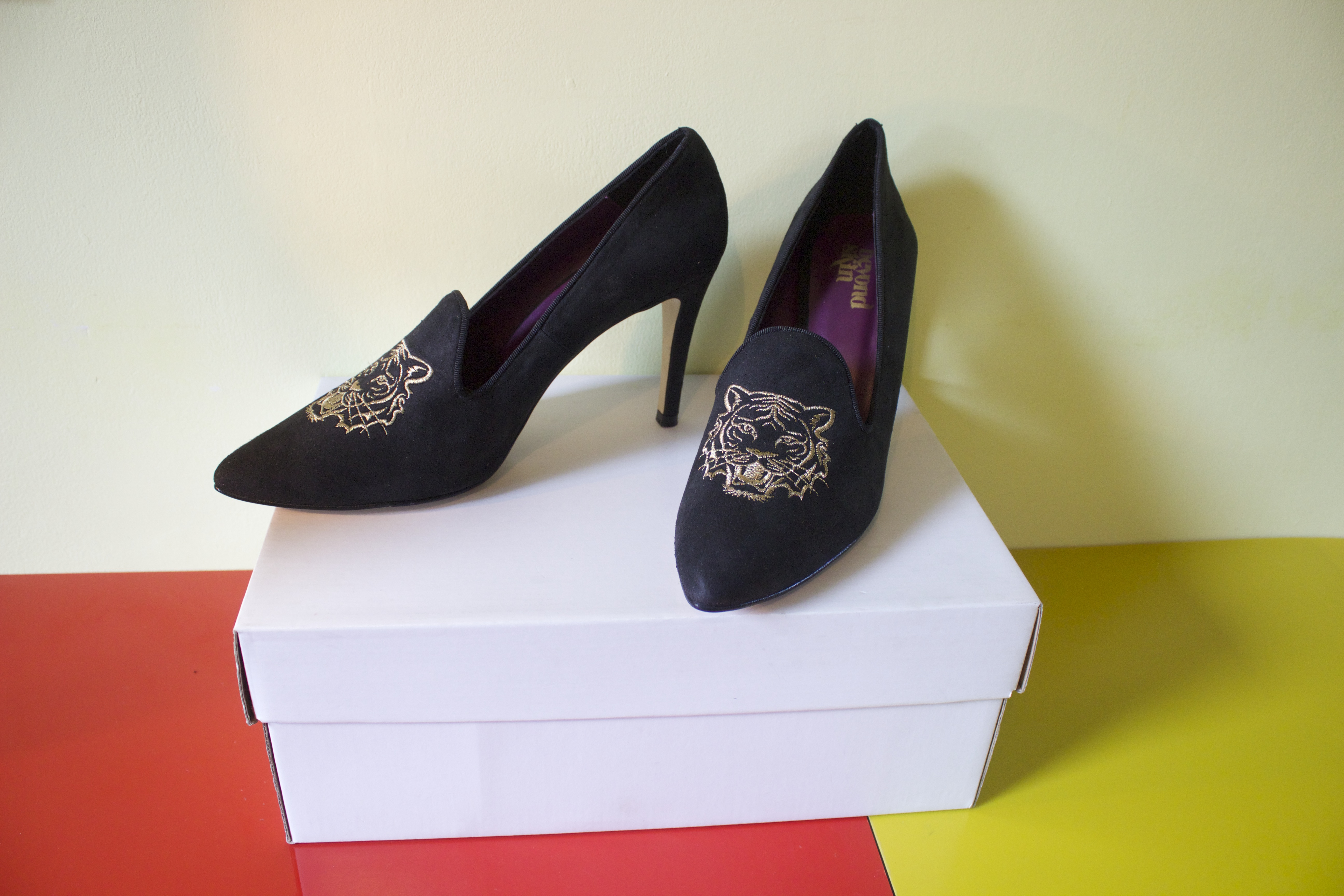 World Animal Protection is asking TripAdvisor and other travel companies to end their sales and promotion of cruel wildlife entertainment attractions. The charity is also encouraging all travellers to stay away from any wildlife tourist entertainment venues that allows direct human-animal interaction, such as hugging and selfies with tigers.

The Tiger flat pumps are now in stock at Beyond Skin, and the Tigress stilettos are available to pre-order for a September delivery with free standard worldwide delivery and express delivery options also available. 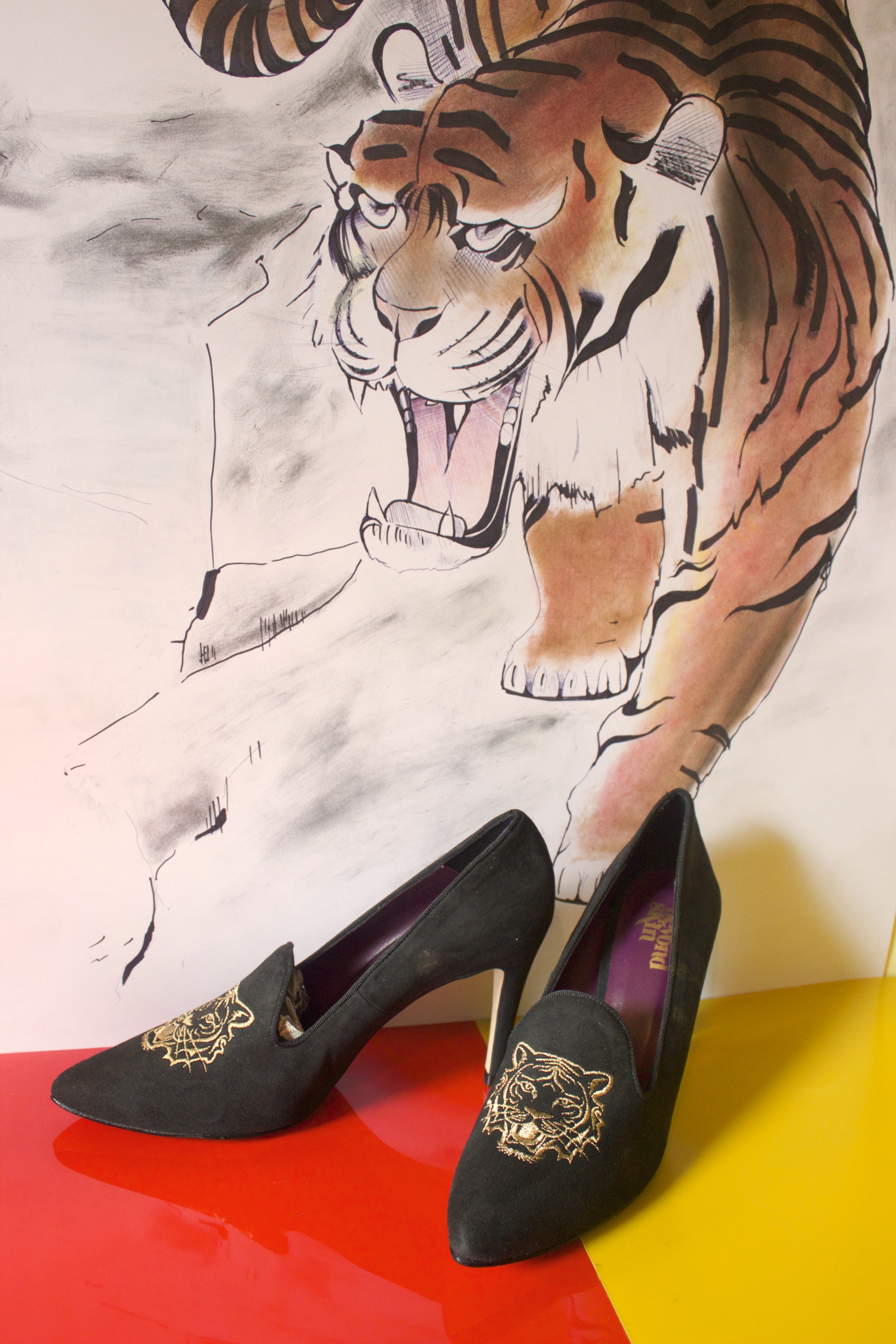 The artwork in this shoot was created by vegan illustrator, photographer and musician David Camilli. David says: “I drew inspiration from historical imagery in India, China and Japan, which often uses tigers, as we are fascinated by these majestic creatures – but even so, humans have put them through a quantity of abuse through the years. I wanted my imagery to be thought-provoking and inspire respect for these animals.”

Photos and artwork by David Camilli