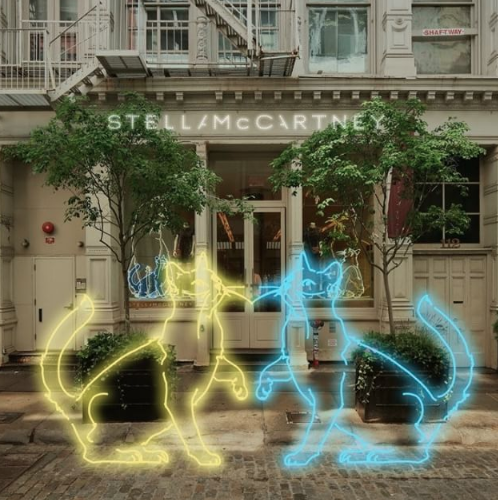 If you happen to walk by a Stella McCartney shop in Europe and Asia, you might spot something unusual: huge neon cats proudly paraded around the shops and in window displays. This high-tech cuteness is not simply a new part of Stella’s visual merchandising – it’s a new collaboration with PETA in support of the charity’s efforts to raise awareness for spaying and neutering companion animals to combat the animal overpopulation problem, and in support of the Battersea Dogs & Cats Home, the legendary London-based animal shelter dedicated to rescuing cats and dogs since 1860. 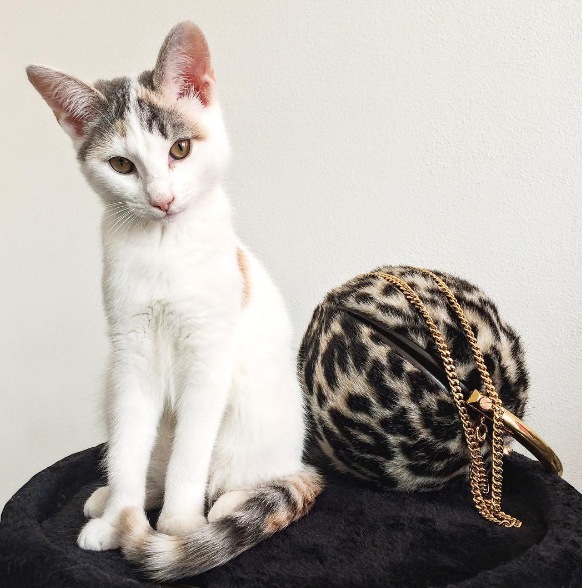 “Larger than life neon cats have been installed in our windows to raise awareness of PETA’s latest campaign to spay and neuter cats in an effort to combat the animal overpopulation crisis,” says the ethical fashion designer in a Facebook post, also letting customers know more info will be available in store.

A supporting Instagram account, @stella.mcCATney (featuring the cutest kitty we’ve seen in a long time!), has also been created to celebrate the designer’s love for the felines. Stella is also encouraging compassionate shoppers to donate to both PETA’s spay-and-neuter programmes in the US, and Battersea’s efforts to rescue dogs and cats around the UK and find good, loving new homes for them. 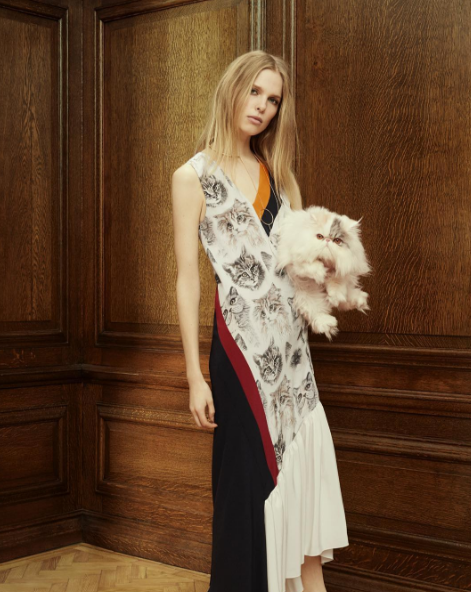 Hashtags #StellaMcCATney and #StellaSupport are used to promote the campaign on social media (and create some buzz around the kitty artwork). At the end of the campaign, the neon cats will be “adopted” by PETA and Battersea.