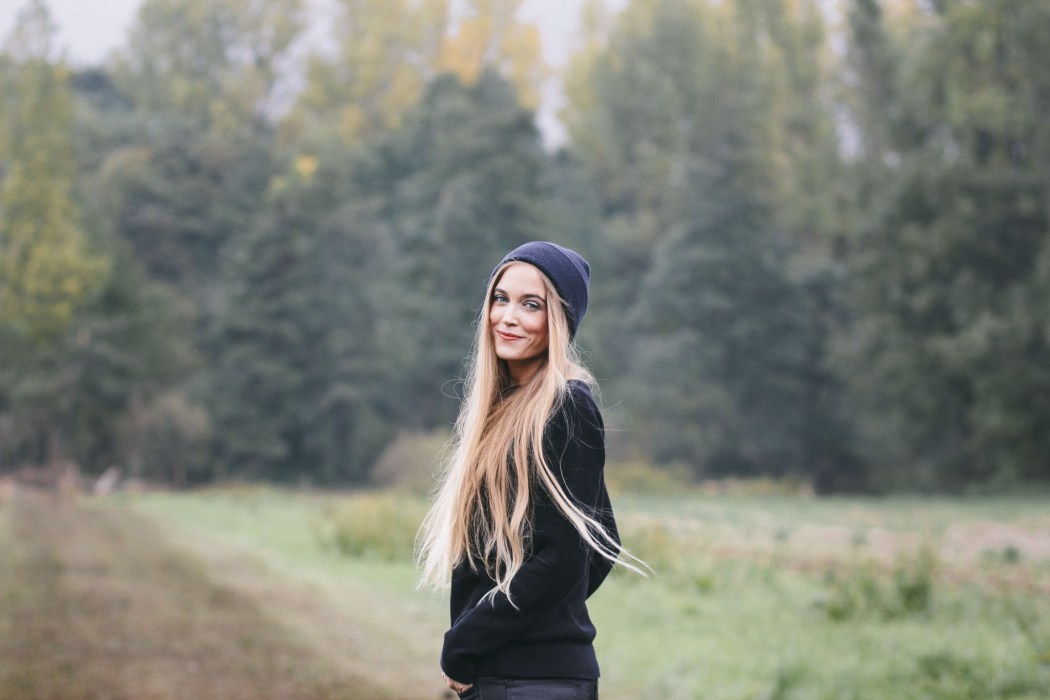 You know vegan is going mainstream when the vegan magazines look better than the others. That elusive sleekness and minimalist appeal that has been so unobtainable for vegan communication in the past can now be find in several outlets – our favourite is Vegan Good Life, the bilingual vegan lifestyle bible from Germany. Featuring heavy-hitter cover subjects such as professional troublemaker Steve-O, this is a magazine that will serve up everything from fashion editorials in protest masks to beautiful essays on minimalist living. It’s the magazine vegans have been waiting for.

Vegan Good Life is the brainchild of former runway model Julia Koch and her partner, photographer Eric Mirbach, whose passion for plant-based has translated into an exploration of conscious living for the modern vegan – the ever-growing tribe that seeks the finer things in life – just like everyone else.

We grabbed a (virtual) coffee with Julia to find out how the magazine we’re all crazy about came to be. 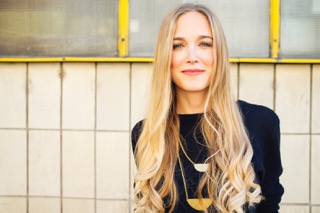 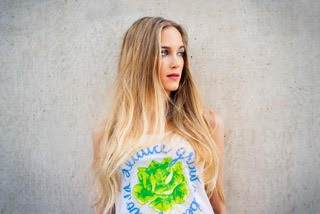 How long have you been vegan? What inspired the switch to plant-based?

I can’t remember the exact day when I decided to go vegan – like for most people, it was more of a process for me. I’ve been vegetarian since I was 12 years old, however, it took me almost 10 years to realize that I’ve made a rather inconsistent decision. I remember looking for an internship at PETA Germany when I was 14 and that was the first time I stumbled over the word “vegan”. I had no idea what it meant, but since it was a requirement for the internship, I looked it up on the internet. I was quite shocked when I realized that I would have to alter my whole lifestyle and eating habits to be a vegan. I simply thought it wasn’t possible and a little crazy, so I forgot about it. When I was modeling abroad, the topic became relevant for me again – I just couldn’t take all the leather and fur in the fashion industry anymore. I went vegan after a couple months of intense research, including a speech of Gary Yourofsky on youtube. It took me a while to get kiss cheese goodbye, though. But other than that, it was ridiculously easy and a lot of fun – so happy I finally made the right decision for me.

Tell us about why you decided to leave the modelling industry.

I had a whole bunch of personal reasons and one of them was that I definitely could not wear animal products anymore. But modelling also had a huge impact on my personal life and not always in a good way. It’s very hard to make friends in this business when you’re only in town for a few weeks. I felt lost and most of the time I had no idea what I was doing, so far away from home and people I could trust. From the very beginning, I earned a lot of money, even though I was new in the business. The agencies told me I had a promising career in front of me and that’s why it took me a while to quit this job. It takes courage to be honest to yourself and just stop doing what makes you unhappy, even though people tell you it’s a huge mistake. Of course I met a lot of nice people, I traveled a lot and some of the jobs were pretty fun. I surely don’t judge people who are still working in this industry, it just wasn’t the right thing for me and I’m happy where I am today.

How was your impact with the fashion industry as a vegan? Were you often in a position where you had to promote animal-derived products and how did you handle that?

The fashion industry is still full of cruel products such as leather and fur and as a newcomer, you have absolutely no chance to avoid wearing and presenting these materials. I wasn’t a vegan when I was still modelling, but already interested in the topic and a long-term vegetarian. I told my agencies right from the start that I don’t want to wear fur ever and they promised I don’t have to. But of course there were shows of various designers that had fur in their collections. It’s hard to fight for your beliefs when you’re already on the job. I wore fur just one time in my early model days and had no idea what I was doing. It still makes me feel bad. Other than fur, I almost always wore leather or silk in shootings and shows, but it got harder and harder for me to push the facts I had learned how these animal-derived fashion materials are made. So this was one reason why I decided to leave the modelling industry, I just couldn’t take it anymore. Instead, I started to study agriculture science at a German university to learn more about the animal industry and how our daily food is produced. 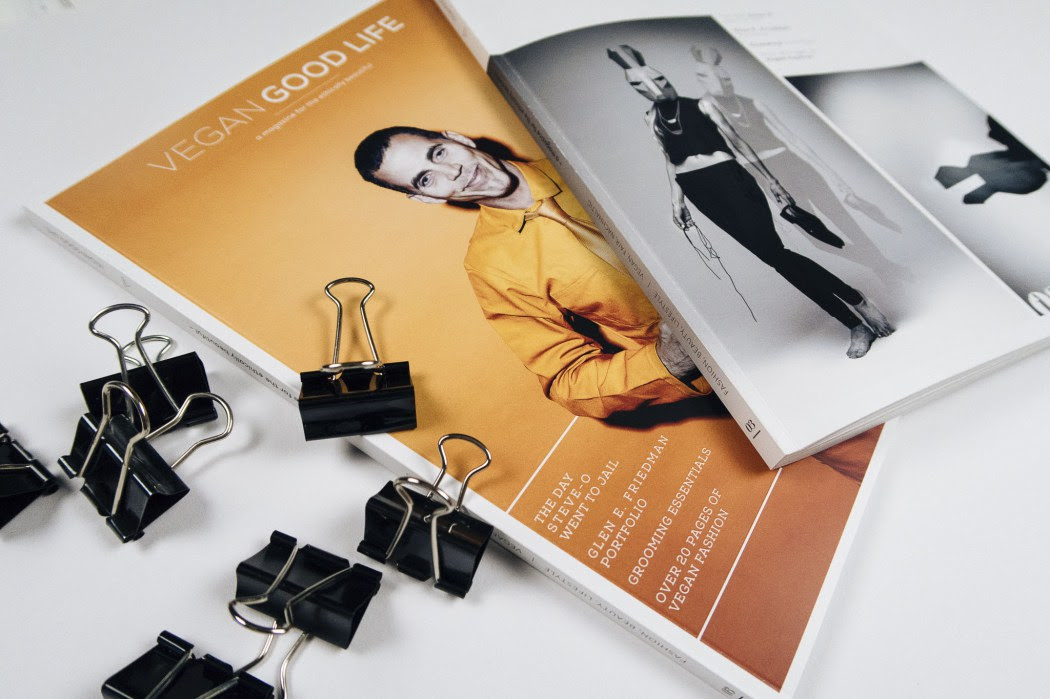 How did the idea for Vegan Good Life come about? What was your vision for it?

My boyfriend Eric and I wanted to do something that goes beyond making the right decisions in the supermarket. We wanted to be active for veganism in a field where we already had a lot of experience. We thought that this way, we would be more sufficient and effective right from the start. Eric is a photographer and a journalist and has been working for international clients and magazines for the past 10 years. He’s insanely talented and the creative motor in all our projects. He had the idea to establish a vegan lifestyle blog at first to see if people are interested in vegan fashion, travel and culture. So we launched Times They Changin’ almost two years ago. Besides working in fashion, I also had experiences in journalism and in the field of agriculture science, which gave me a more scientific behind-the-scenes-perspective of the animal-product industries. After a couple of months working on the blog, we felt the potential of a medium that approaches all-vegan content in a high-end way. We decided to establish a vegan print magazine about fashion, art, design and travel and we named it Vegan Good Life. Just like with the blog Times They Changin’ – which was relaunched last November as my personal blog and can now be found at jvliakoch.com – we aim for the good things in life. For us, veganism is the exact opposite of giving something up and that’s exactly what Vegan Good Life stands for. 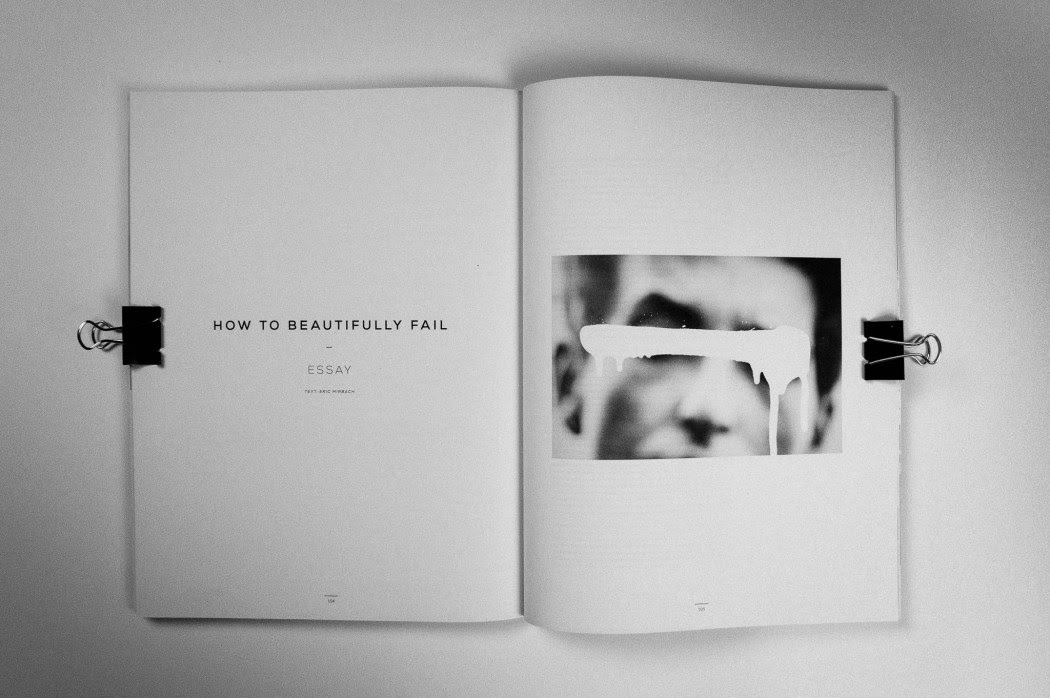 Who is your audience?

Our target group consists of people who are interested in being first, the opinion leaders of a new subculture. Vegan Good Life doesn’t cover everything that just pops up in the vegan scene and just because it’s vegan. The magazine is a curated medium featuring vegan fashion, art, travel and design. We’re a bilingual (and therefore international) magazine for like-minded individuals. 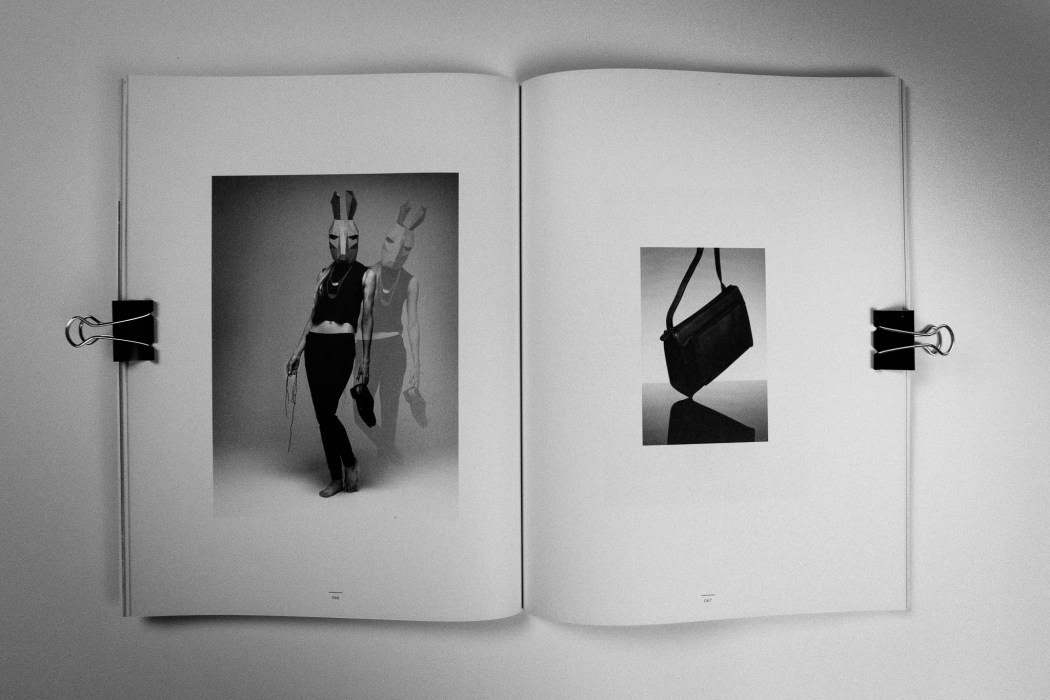 Tell us about Vegan Good Life’s latest fashion editorial and its striking visual – where did those masks come from and how did you get the idea to incorporate them?

We had this great collaboration with LUSH Cosmetics in our latest fashion editoral. Last fall, Eric and I were brainstorming ideas for the upcoming issue of Vegan Good Life and we remembered our visit at the LUSH headquarter in Poole and how we learned about one particular day earlier this year in July. On this special Thursday, hundreds of animal rights activists from across the UK gathered in London to stand up against weakening the British hunting act, which bans hunting wild animals with packs of dogs. For this campaign, LUSH partnered up with artist Steve Wintercroft who designs unique animal masks made out of paper. So we spoke to Lush and were able to use the exact masks that have been used for the street campaign in London for our fashion editorial.

Who is changing the vegan fashion landscape – who do you think are the key players and why?

I think that’s pretty much everybody who supports vegan and sustainable fashion brands – as these are actively changing the fashion landscape. A clothing business is intense and always a longterm business idea. It takes time to be successful. So young designers are dependent on us consumers, they need us to be willing to spend a few euros more to support a label that isn’t be able to produce at large and able to offer cheaper prices. My personal key players and vegan heroes are people like Leanne Mai-Ly Hilgart and Joshua Katcher (of Vaute Couture and Brave GentleMan, editor’s note). These guys take vegan fashion to the next level but still remain affordable and wearable.

What do you think is the next step in ethical fashion?

I hope for the big fashion labels to focus on sustainability more and more, because I believe that ethically made clothes can’t have a bright future without the big players involved, at least not in the economic system we’re in. The key figures I mentioned above, the same way we do with Vegan Good Life, cater to a small percentage of customers „in the know“ and I think that’s very important. Somebody has to prove it can be done and that there’s a market. But when we want things to really change in the big picture, I think we need the H&M’s, Zaras and all the big fashion houses on our side.

And what’s next for Vegan Good Life?

There will a quite a few changes for Vegan Good Life, both design-wise and content-wise. We will publish two issues this year, the next one will be out by the end of May. If you like to stay tuned sign up for our newsletter on our website vegan-good-life.com.

All photos courtesy of Vegan Good Life and jvliakoch.com.