Fur: it polarises, it divides opinion and it provokes discussion. Few fashion items have the power to create this much buzz and discussion. A former, fallen symbol of status and luxury, real fur lost face in the 80s with PETA’s I’d Rather Go Naked Than Wear Fur campaign, which featured models such as Naomi Campbell, Christy Turlington and Tatjana Patitz saying no to real pelts. Since then, real fur hasn’t quite recovered: despite showing up on catwalks season after season, real fur has struggled to make it off the runway and into the wardrobes of anyone beyond celebrities who are given it for free, or out-of-touch millionaires in Russia and China, the last two remaining fur mega-markets. A recent TNS poll shows that in the UK, a staggering 95% of women would never wear real fur. As far as real-life fashion consumers go, animal fur is out, out, out.

So how does the alternative stand if you love the look of fur but can’t stomach the reality of animals being cramped into tiny cages, driven to cannibalism and anally electrocuted (this is the reality of fur production, regardless of what the industry would have you believe)? Faux fur has come a long way since its raggedy, cheap beginnings. Just like faux leather, ‘future fur’ has evolved. It’s been around since the beginning of the last century (first mentions of faux Astrakhan showed up around 1910, but faux fur wasn’t widely used in fashion until the 50s) but only now has faux fur truly stepped into the realm of high fashion. Once the domain of those who yearned for real fur but couldn’t afford it, faux fur has now turned into a fashion statement of its own: choosing faux means you stand against cruelty, without sacrificing style.

Of course, sustainability is a concern. Pro-fur initiatives label real fur as ‘biodegradable’ and they’re right, in a way: fur starts decomposing as soon as its original owner dies. In order to keep it from ‘biodegrading’ on the wearer’s back, it’s treated with toxic chemicals including cancer-causing chromium (yes, the one Erin Brockovich was fighting). Read this article for a closer look at the way real fur harms the planet. After you’re done, you might want to look into this Delft study that showed that a faux fur coat was five times more environmentally friendly than a mink coat. 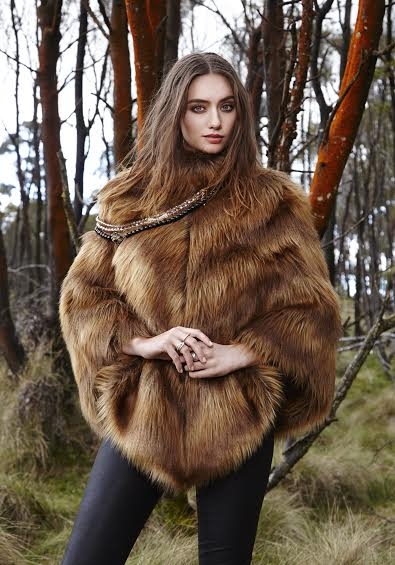 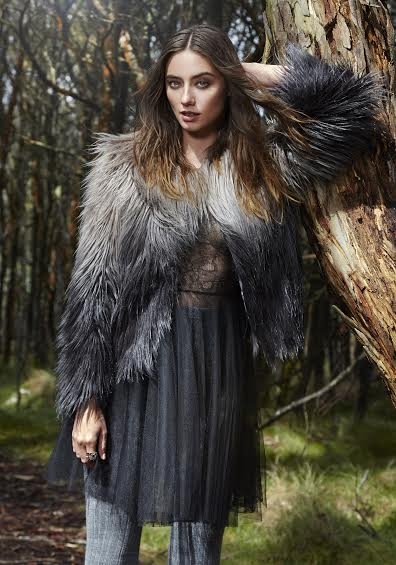 Gilat Shani, co-founder and head designer of Unreal Fur, is inspired by “old Hollywood glamour, 60’s rockabilly, music festivals, and vintage markets” in her designs. The fashion innovator says that noting a gap in the market inspired her to start her brand: “I noticed that faux fur was viewed as the cheap alternative”, she says. Not so anymore: “Faux fur quality has improved dramatically over the past few years. Technology allows us to emulate the real thing, free of cruelty, just as beautiful, soft-lush fake furs with a clean conscience”.  And it seems fashion insiders agree – Galit reminisces of the time Tom Ford said he couldn’t believe an Unreal Fur coat was actually faux.

“Fabulous Furs began 27 years ago because I sewed a faux fur coat pretty enough to be mistaken for animal fur”, recalls Donna Salyers. “It was actually in the early 80’s when EVERYONE in Manhattan wore head-to-toe mink. Wanting to fit in but without the $5,000 for a coat, I sewed a faux fur coat, finishing it the night before a business trip took me to NYC, where restaurants refused me fur-checking service because ‘we can’t take responsibility for a coat of that value’.

Fast-forward to today: Donna Salyers Fabulous Furs is known for the world’s finest faux furs. The quality is immensely better – fine enough to be sold in Saks Fifth Avenue, Neiman Marcus, Lord & Taylor and thousands of other upscale stores and websites as well as through our own catalog and website. Home-sewing is a thing of the past, but my sewing background allowed us to set up a workroom where today we manufacture about 60% of our Fabulous Furs products—coats, jackets, accessories, throws and more! Oprah has selected us as her favourite on a 2014 O  Magazine cover, and Jennifer Hudson wears us in the current issues. We sent four coats to Fox hit TV show Empire, for Cookie (editor’s note: actress Taraji P. Henson is outspokenly against real fur). We had two coats on the first season! Today’s faux furs are authentic enough to fools furriers – faux fur is a fraction of the cost of animal and spares millions of animals.” 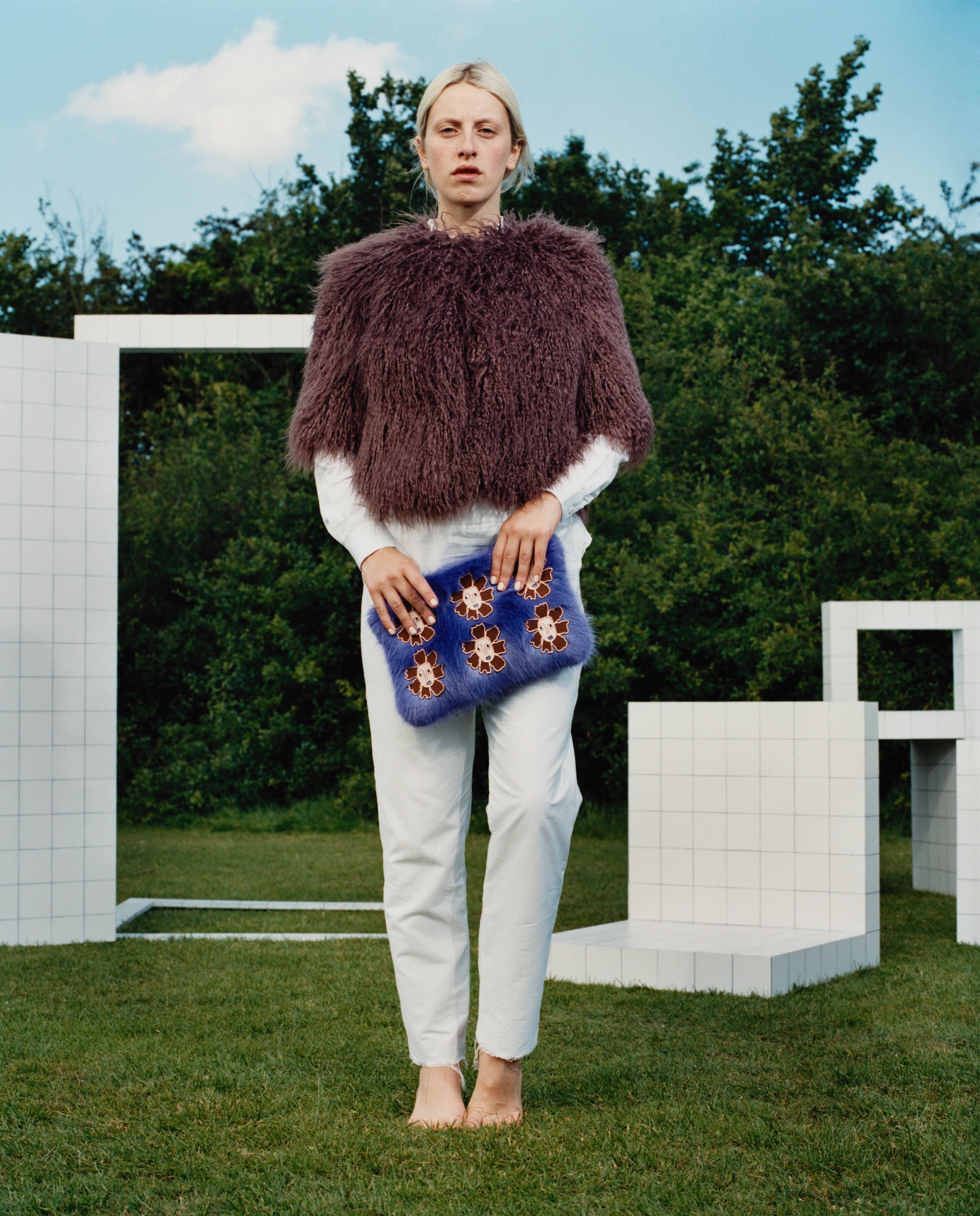 It’s of course impossible to talk about faux fur without mentioning Shrimps. UK-based Hannah Weiland has managed to arrive where few cruelty-free designers have ended up: in the wardrobes of fashion editors. Industry insiders such as Natalie Massenet and Pandora Sykes have fallen in love with her coats. In an excellent opinion piece for the Business of Fashion, Hannah says: “I’ve observed that in cities like London, real fur remains a controversial topic and few publications will shoot it, while faux fur has become much more established in fashion’s vocabulary. What’s more, faux fur, which has also been associated with cheapness in the past, is now discussed in terms of degrees of quality and luxuriousness, much in the same way as real fur. It is being taken seriously on its own merits, not just as an ‘alternative’ to fur, as demonstrated by the rise in faux fur styles on the Autumn/Winter 2015 runways and on the high street.” 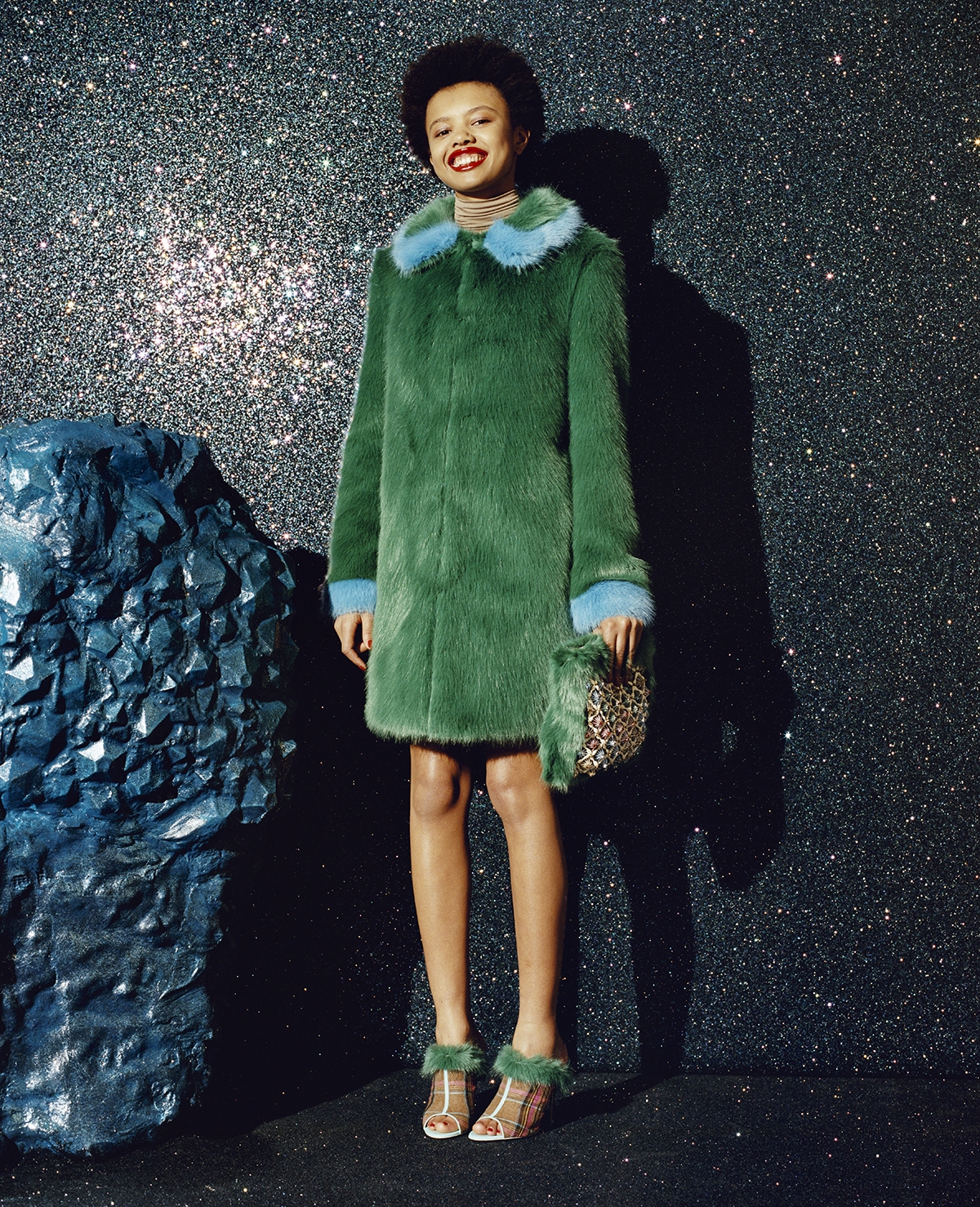 Finishing this round-up with Stella McCartney’s introduction of faux furs into her collections seems like the only way to go: the lifelong vegetarian presented her ‘Fur Free Furs‘ to the world at LFW in February. Voluminous and attention-grabbing, these are furs that command attention – as does vegan fashion itself. The cruelty-free style movement is tired of standing back – it’s finally ready to apologetically take centre stage.