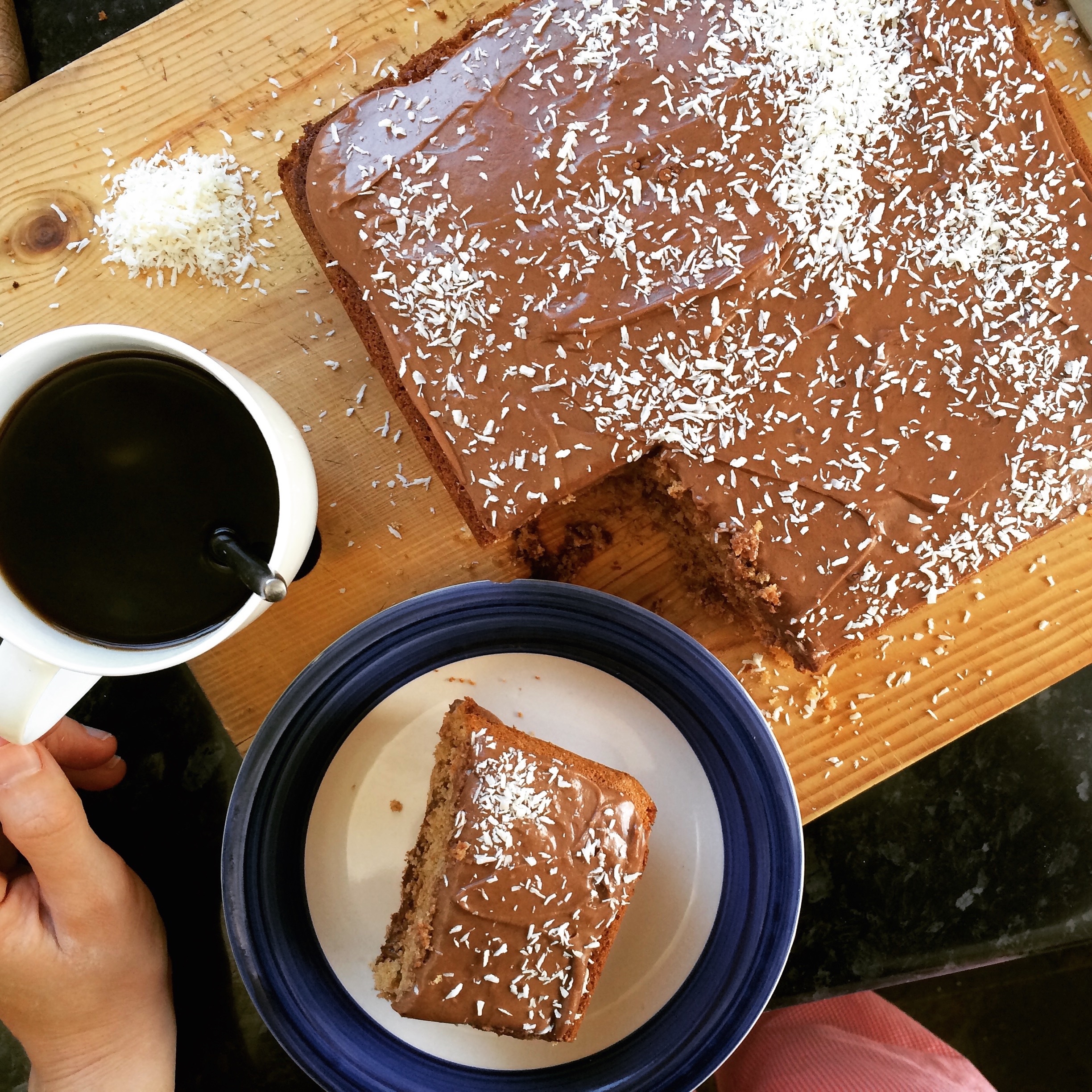 Okay, immediate disclaimer – this cake is not healthy.

Some vegan cakes can be made healthy, or as healthy as possible, but, this is not one of them. This is a “buttery”, sugary, rich delight and should be made to share with friends so you don’t lose control. Do not leave yourself alone with this coconut-chocolate dream!

This creation is quite versatile – you can make a double tier as I have, or you can make a single cake and just have the butter frosting on top. It’s really easy to make and doesn’t have any crazy fancy ingredients!

Ingredients: (For ONE cake. For double, make two lots)

Look, it even says vegan on the side. Lovely.

1) Turn on the Guardians of the Galaxy Soundtrack and dance.

2) Turn your oven on to 180 degrees and prepare the cake tin. I used a square, but you can use a circle if you prefer. Line the tin with baking paper and use some Sunflower spread to grease the sides.

3) Add Sunflower Spread and sugar into a large mixing bowl and beat with a wooden spoon until light and fluffy. You can use a cake mixer of course, but I like to get my arms moving (especially as there will be cake soon!).

4) Prepare your egg replacer by combining two teaspoons of replacer with four tablespoons of water in a small bowl of cup. Mix until combined. Add SLOWLY to your mixing bowl, beating with a wooden spoon as you go. Add this gradually to avoid the mixture curdling.

5) Beat until light and fluffy.

6) Combine your two flours and baking soda in a separate bowl and set aside. Prepare your cup of soy milk also. 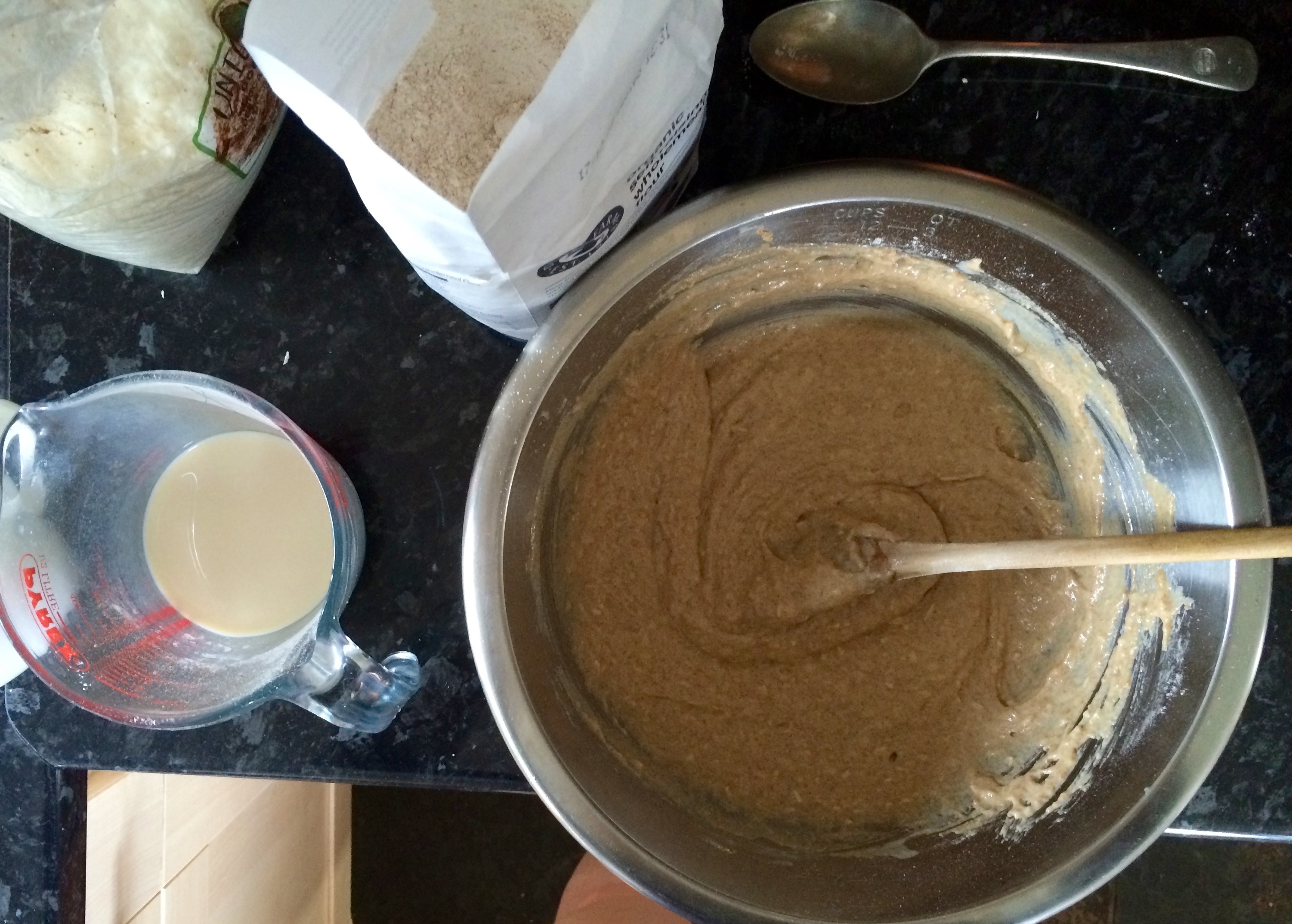 7) Add about a third of your flour mixture to the mixing bowl and FOLD together slowly. If you’re not sure how to fold, just wipe the sides of the bowl with your spoon and then cut through the middle. Repeat until flour is combined.

8) Add a third of soy milk and fold in to mixture.

9) Add the next third of four. Repeat process until all flour and soy milk is added. Your mixture will be a little runny, but that’s okay!

12) After 30 – check the cake by inserting a skewer and seeing if it comes out clean. If not, place back in the oven for another ten minutes.

13) Leave the cakes to cool completely before preparing. While they are cooling, you can make the SUPER EASY frosting.

The Frosting (You won’t believe how easy)

1) Simply combine all ingredients (sunflower spread, sugar, cocoa, soy milk and vanilla) in a mixing bowl and beat with a wooden spoon until combined.

When the cake is cooled – you can frost it!

I added a sprinkling of coconut in between and on top for some extra coconut flavour! 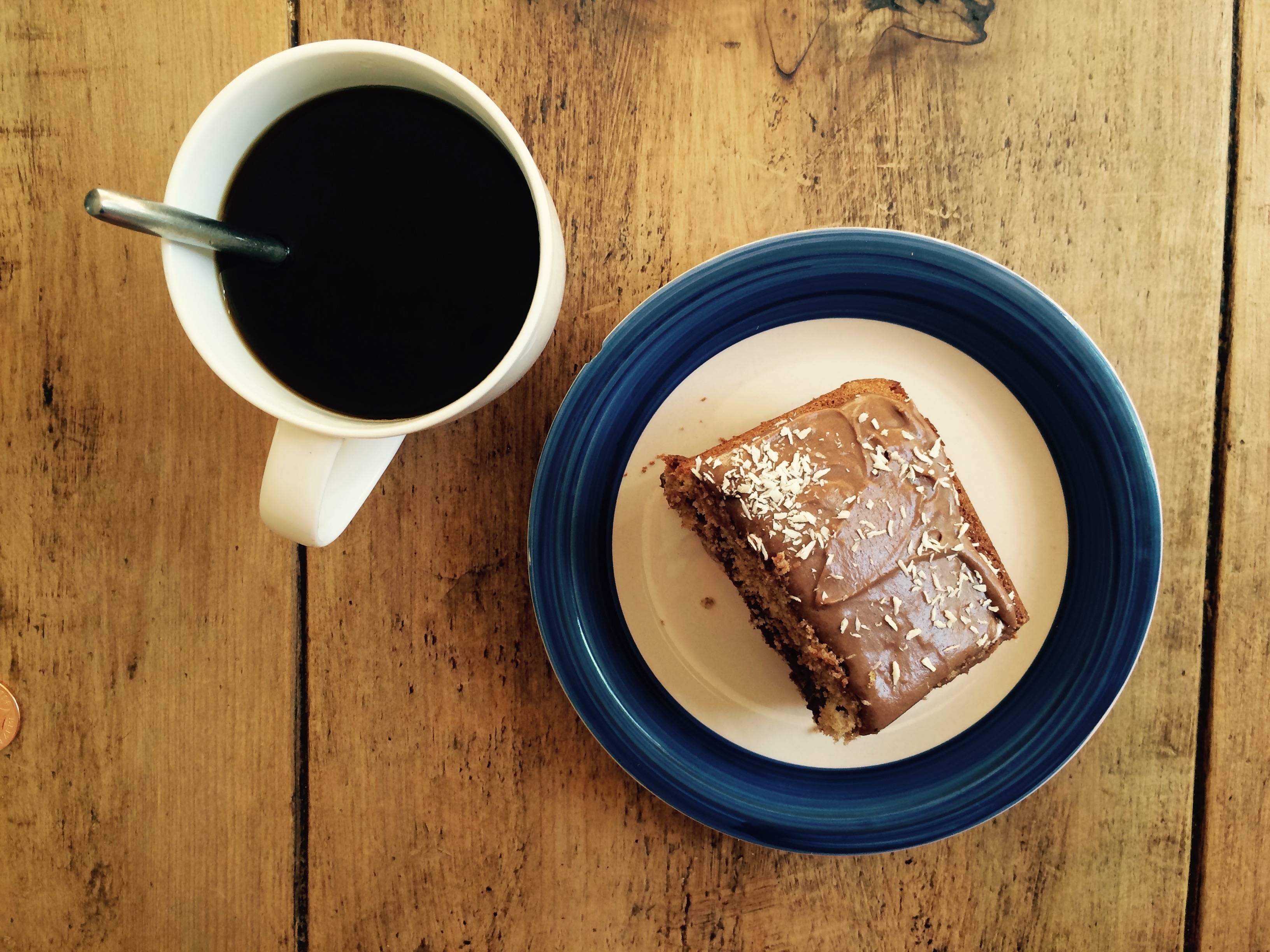 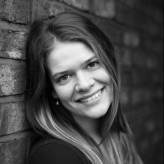 Hannah is an actor and writer living in Manchester, UK. As well as all things theatre, Hannah's passionate about animal rights, travelling (home to Australia when possible!) and making incredible plant-friendly meals. In her spare time, she sneaks off to spread the vegan message on her website, oopsimavegan.com. Hannah has been a healthy, happy vegan for nearly three years.