Most vegans have a story relating to how and why we came to the decision (except those of you that were brought up vegan, you lucky things). For many of us, there’s a ‘lightbulb moment’, something that makes us wake up and never see the world the same again. And when you think about it, there is a lot of gratitude to be held towards whatever awakened this in us.

For me, it was the Vegans of IG Instagram account, founded by Californian activist Amy Rebecca Wilde – one of the most dedicated fighters for a better future that I have ever seen. Founder of Fur Free LA and tireless campaigner for the end of animal exploitation for fashion, Amy’s determination never ends. Through her Vegans of IG account, Amy talked to thousands (51.6k followers and counting!) of vegans and wannabe vegans, like myself, about the reality of animal agriculture, the vastity of alternatives available and all the necessary tools to make the switch to a compassionate lifestyle. Following Amy on Instagram, I started feeling like she was a friend – one that made me go from thinking that veganism was too difficult for me, to slowly yet surely realising that actually, there was nothing stopping me.

Three and a half years after discovering Amy’s Instagram account, I have gone 100% vegan, moved to a new city, left the fashion industry to work for an animal rights charity and started my own digital vegan fashion magazine (this one!) – a part of me owes it all to her. And Amy? Well, things have never looked better: aside from being an activist, she is now a cruelty-free entrepreneur: her very own boutique and vegan lifestyle centre, Vegan Scene, is a ‘Studio 54 with more quinoa’, which just may be the best thing that we at Vilda have ever heard.  This Venice Beach-based paradise offers vegan fashion, vegan events, fitness classes and cooking courses. Like Amy’s original Instagram account, Vegan Scene is a hub of information, resources, inspiration and endless possibilities. It’s a place that awakens curiosity even if you’re not vegan, and offers vegans a meeting place and a haven for all things inspirational. And it’s making waves – Alicia Silverstone, Mayim Bialik and Suzy Amis Cameron have all tweeted about Vegan Scene.

I got a chance to catch up with Amy – who appears in the photos with her rescued dog, Isadora – to chat about how she managed to take her compassionate brand from social networks into a very real, tangible place – and what drives her.

How did your vegan story start? When and how did you go vegan?

When I was seven I adopted three hens. It wasn’t long before I made the connection that the chicken on my plate was the same kind of animal as my pet chickens, so I stopped eating chicken right then and there. Eventually I learned where all meat comes from, and soon after that I went vegetarian. I didn’t even know what a vegan was until I was 15, when I took an animal rights workshop in high school. The first day of class they showed us a video about how much animal abuse has permeated our culture and how avoiding animal cruelty extends far beyond just abstaining from eating their flesh. I was horrified, so on the spot I declared myself a vegan. That was 13 years ago, and I haven’t wavered since.

What was the reaction of people around you?

I was bullied and teased for it, but in a strange way I’m kind of glad that happened, because it made me more passionate about animal rights and a stronger person for it.

Tell us about your journey in activism (Fur Free LA and Vegans of IG) – what reactions did you get? What successes did you have and what obstacles did you overcome?

I started Fur Free LA in 2010 when I found that Planet Blue, my absolute favorite boutique, was selling real fur. I realized that I could never shop there again until they stopped selling fur, so I immediately set up a protest outside their Montana Avenue store during the Christmas shopping season. After a few weeks Planet Blue told me they’d pulled every item that contained fur from their stores. And that’s when Fur Free LA was born. I focused on small- and medium-sized boutiques in Los Angeles that had a selection of real fur. I tried to go after realistic targets with an influence in fashion. I followed up on that success with other protests and victories at Dolls Kill, True Religion and Urban Outfitters. I always made an effort to get dressed up before a protest. I wanted to show the stores that we were actual clientele that they were losing for selling real fur. I made it a point to let them know I’d happily shop there again if they went fur-free.

While I was still conducting Fur Free LA, I started Vegans of Instagram. I wanted to bring vegans together through social media. As the account grew, I began hosting meetups, which then expanded to different American cities. I pulled that off with a lot of organization and tons of frequent flyer miles I’d been saving up. I held meetups in San Diego, San Francisco, Portland, Seattle, Boston, Pittsburgh, Chicago and Phoenix. I had a blast getting to know other vegans, but it also sparked the idea for Vegan Scene. 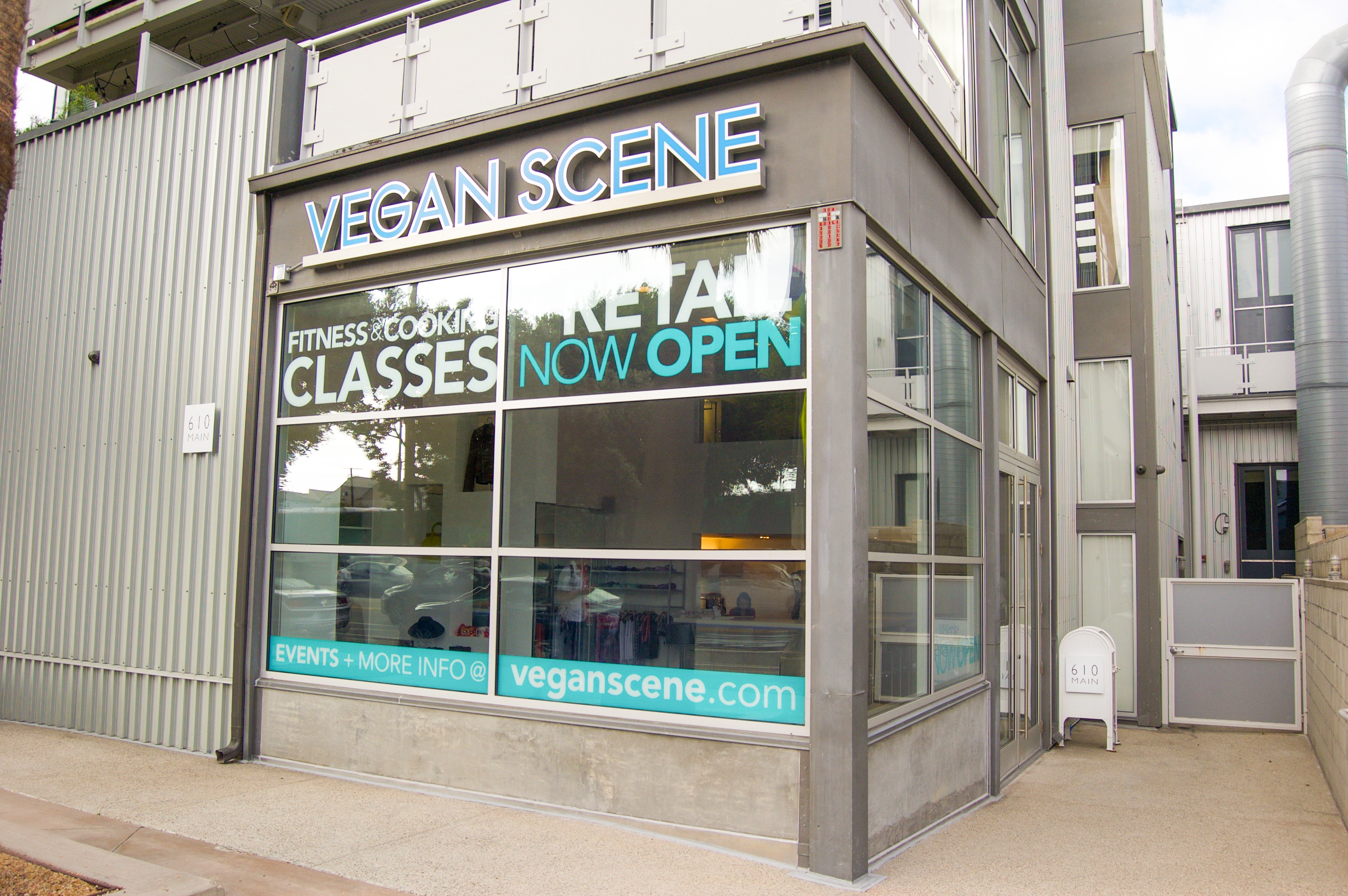 How did Vegan Scene come about and how has it evolved?

One of the issues I ran into on the Vegans of Instagram meetup tour was the lack of vegan spaces. There’s a ton of vegan restaurants popping up, but they’re not really ideal for large groups. I ended up having my meetups at bars and pubs that were vegan friendly. I was frustrated with the absence of options, so I just decided I’d create one myself.

I have many passions: my commitment to veganism; shopping; fitness; and going out (although I fancy myself a semi-reformed party girl). I wanted to find a space that would let me bring the many aspects of a vegan lifestyle all under one roof —  and make it cool.

I also want to bring likeminded people together in a place that offers only the highest-quality goods and services. For the foodies we have cooking classes by the fabulous Spork Foods sisters. We have fitness classes so your butt will be on point when you’re wearing a pair of our cute vegan leather shorts. And, for anyone seeking that drop-dead gorgeous motorcycle jacket, we carry fabulous vegan and ethically made designs. 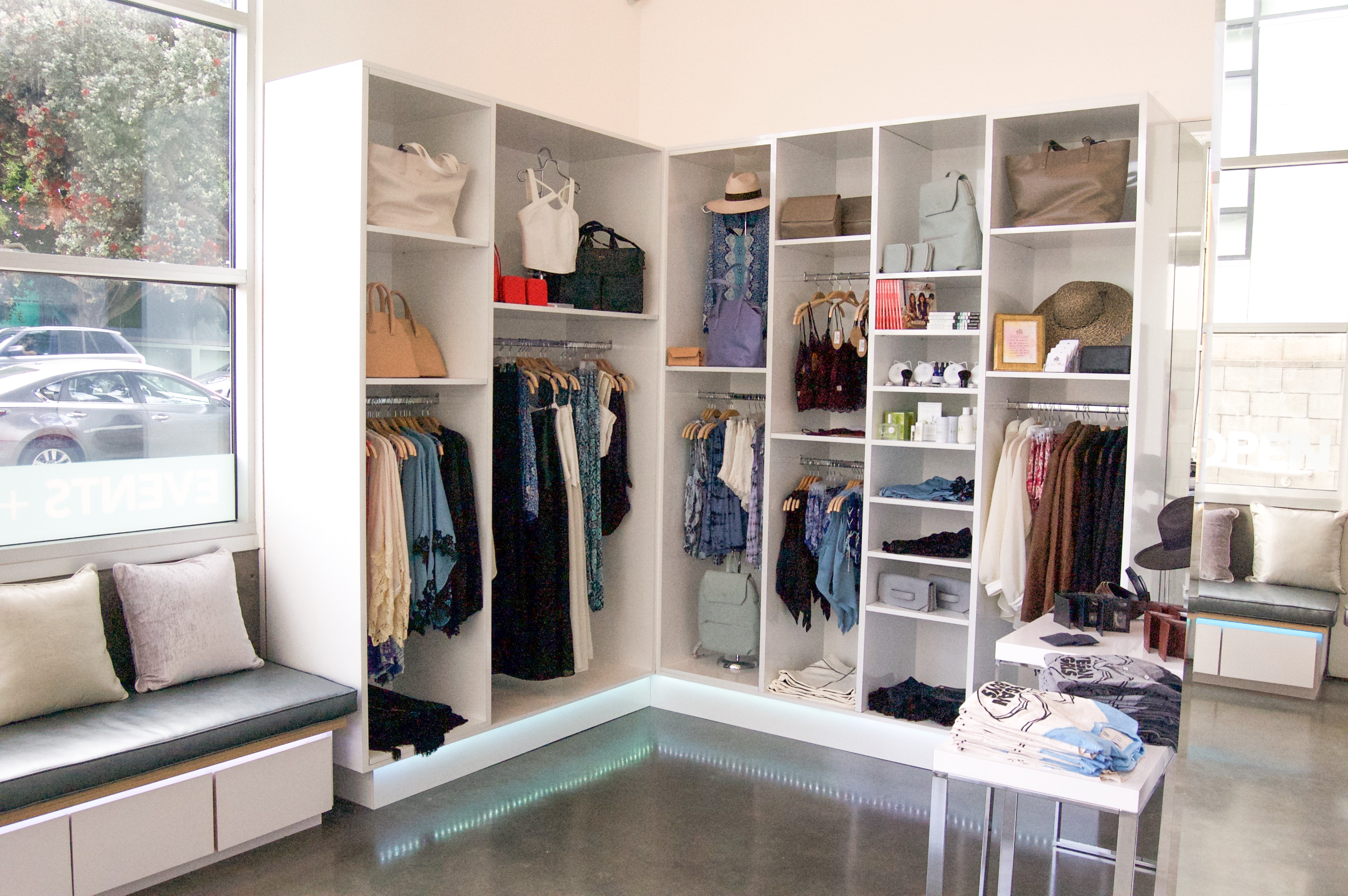 What’s next for you?

I’d love to open a bar or lounge. I’d also love to get some sleep, but that can wait. 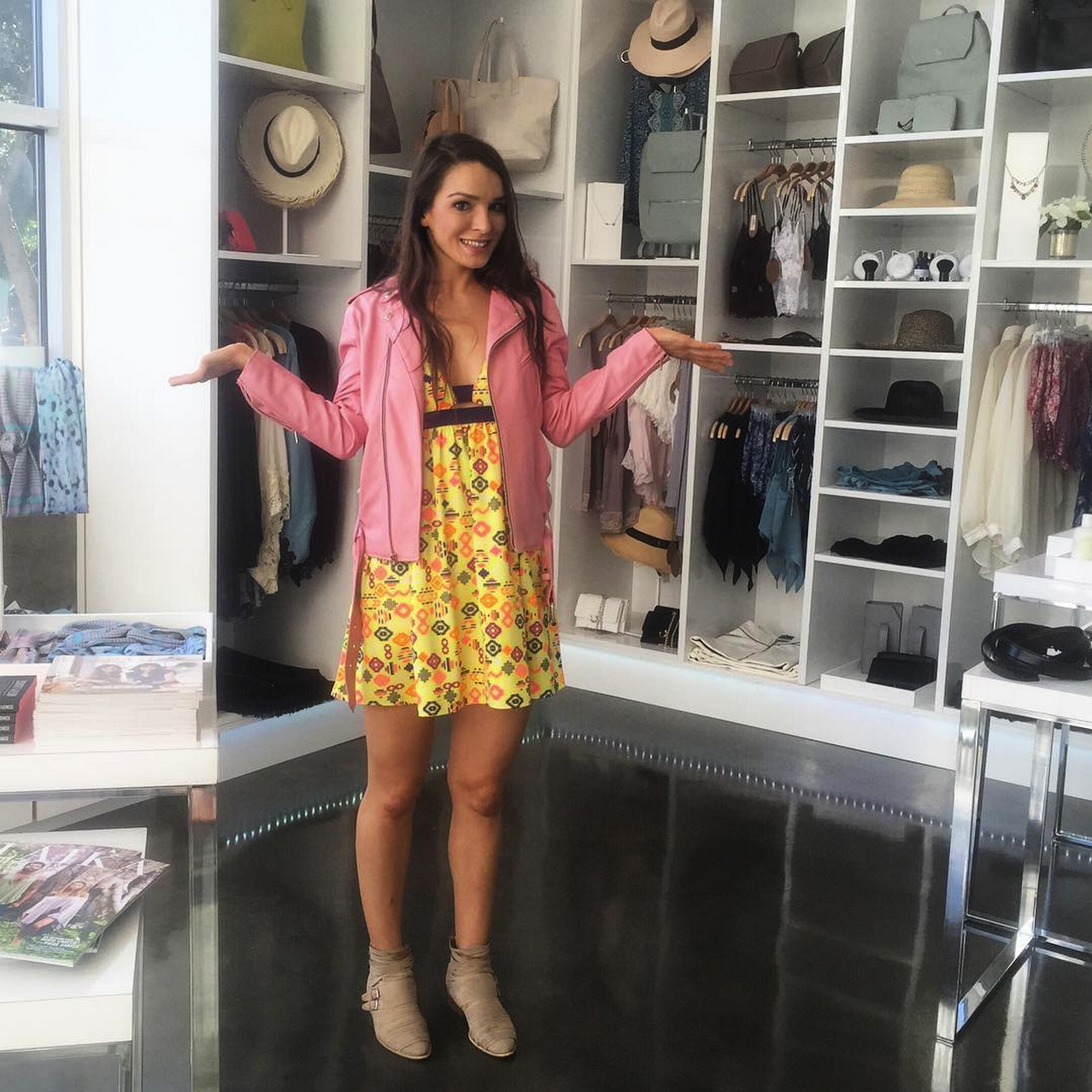 All photos courtesy of Vegan Scene.