Can you really be an athlete on a vegan diet? There are those who are skeptic of this and claim that athletes must consume meat and dairy in order to build muscles and get into optimal shape. But the truth is that there is no scientific research made to back up these claims. However, there are many vegan athletes that prove that it can be done – Olympic sprinter Carl Lewis, tennis legend Venus Williams, triathlete Brendan Braizer, bodybuilder Robert Cheeke, and Germany’s strongest man Patrik Baboumian are just some of the many athletes who swear by a vegan diet. And if that doesn’t convince you, Vilda has interviewed vegan fitness athlete Samantha Shorkey who tells us more about how she started doing fitness, gives advice to vegans who want to get fit, and answers the million dollar question: where do vegans get their protein?

In June 2013, Samantha Shorkey, 32 years old from Vancouver, entered her first bodybuilding competition in the bikini division. To everyone’s surprise, the vegan from Vancouver won first place. Since then, she has joined the PlantBuilt vegan muscle team and won first place in her division, as well as the “overall bikini” title, in the Naturally Fit Super Show held in Austin, Texas in July this year. This vegan superwoman has proved many skeptics wrong and is determined to spread the vegan fitness message:

“I want people to know my muscles were made on plants,” Samantha says. “People are surprised to hear that I’m a vegan.  That’s why I feel it’s so important to rock as much vegan gear at the gym as possible”.

Samantha became a vegetarian early on in her life – at the tender age of 8, she decided that she did not want to eat animals and quit eating meat:

“I grew up in a small ‘hunting town’ in a log house in the middle of the forest,” she tells. “Sometimes we would have 30 deer behind our house and it would literally break our hearts to see them disappear every fall when hunting season was on.  I just couldn’t understand how people could hunt and kill such beautiful, sweet creatures.” 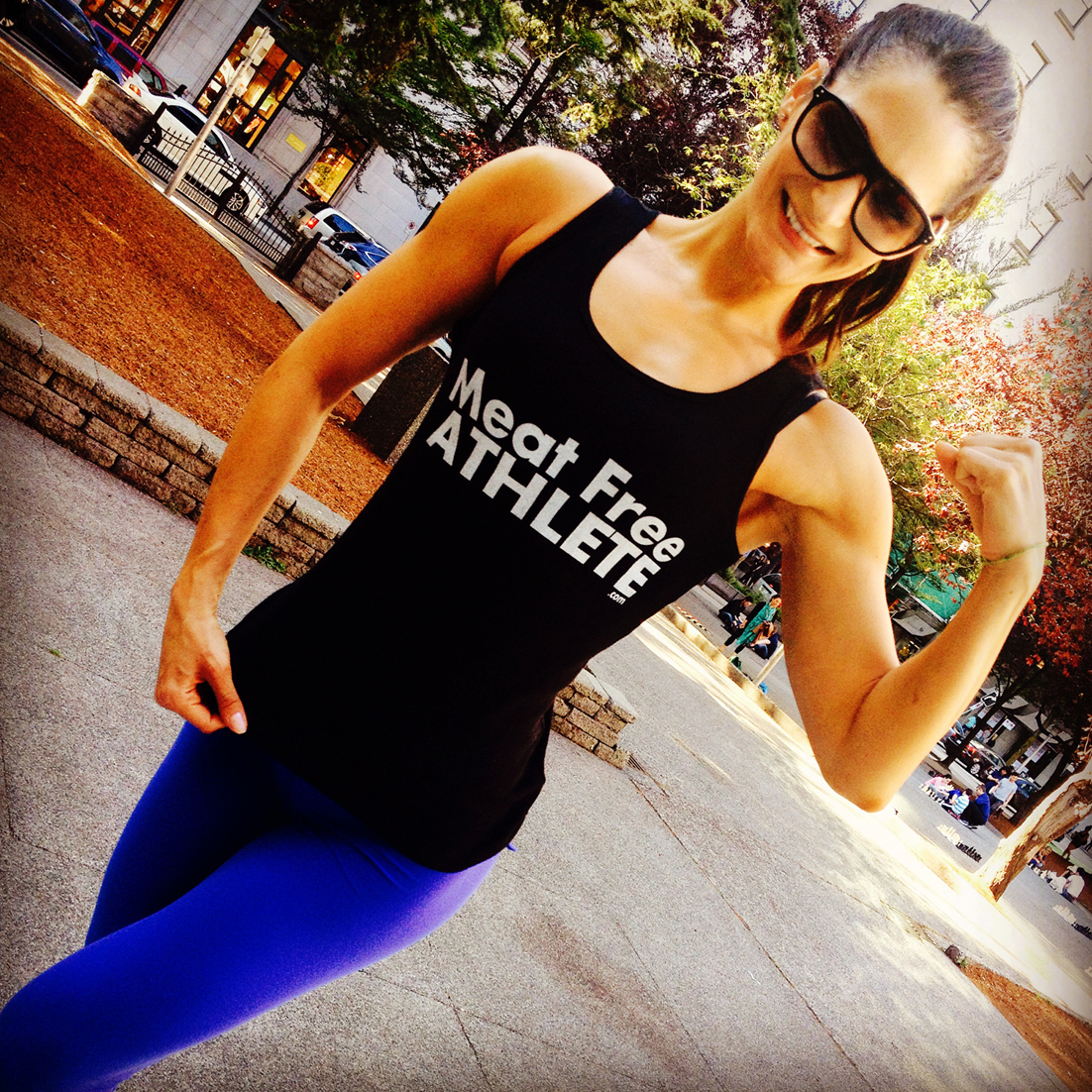 SAMANTHA WENT VEGAN IN 2012 , and not long after that she started to work out and lift weights. The following year, she decided to take her fitness to the next level and began training for a competition. But where did this interest in fitness come from? Well, Samantha started to lift weights at home in order to impress her then-boyfriend, who was a personal trainer (and, according to Samantha “a total meathead”):

“We dated for four years. It was a horrible relationship and for a year, we were doing the long-distance thing.  I was basically miserable and wanted to get in really good shape to “blow him away” when he finally returned”.

So she bought a gym set off Craigslist and started working out at home. The rest is, as they say, history. Today, Samantha works out five times per week, with HIIT-style (high intensity interval training) cardio in the mornings and weightlifting in the evenings.

Despite vegan athletes proving themselves in the field, there are still many prejudices about veganism combined with sports. We asked Samantha about some of the misconceptions she has faced about veganism:

“You mean aside from all vegans being skinny, malnourished and unhealthy?  Another one I love is how many bodybuilder dudes will shy away from soy because it contains phytoestrogens which will apparently make them grow breasts and lose muscle.”

But no need to worry guys, and don’t get your hopes up ladies, because Samantha reassures us: “I’ve been eating soy almost daily for 24 years.  I’ve never had any problems building muscle and although I wish it would make my boobs bigger, it has not as of yet”.

THE QUESTION ALL VEGANS ARE SICK OF HEARING is probably “How do you get your protein?” – a question that is essential among bodybuilders especially, as our bodies need protein to build muscle. Most bodybuilders turn to meat or dairy to get protein and therefore wrongfully believe that it is nearly impossible to build muscle on a vegan diet. But as we’ve said before, it is not and Samantha is a very good example of that. But we still needed to know: where does she get protein?

“Generally speaking, whether training to compete or not, I get most of my protein from tempeh, tofu, beans and high quality, plant- based protein powder,” Samantha says. However, protein is not everything: “I pay pretty close attention to macronutrients – protein, carbohydrates and fat. My go-to starchy complex carb sources are yams, squash, quinoa and oatmeal. For fats, I love almond butter, extra virgin olive oil, coconut oil and flax seed oil.”

WITH VEGAN BODYBUILDING LEGENDS LIKE Robert Cheeke, Wade Lightheart, and Mindy Collette paving the way, Samantha knew that it would not be hard for her to build muscle but admits that she did feel lost when she first went vegan. There was no “vegan bikini competitor diet”, as she calls it, but she took inspiration from Brendan Braizer’s and Robert Cheek’s books and decided to release her own e-book – “Jacked on the Beanstalk: Plant Based Fuel for Vegan Athletes” which she recommends for vegans who want to get into shape.

She also recommends committing to exercise 30 minutes per day, four times a week. In the beginning, it does not necessarily have to be an intense workout program – the important thing is to set aside the time and commit to it. “Then every month, increase the intensity, not necessarily the time, of those workouts”, Samantha says. She also points out how important diet is: “I wish— oh how I wish—that I could eat dessert all day long and not get fat, but it just doesn’t work like that”. Instead, Samantha suggests making the majority of your meals healthy and that you adhere to proper portion sizes.

SAMANTHA RECOMMENDS six routines for those wanting to get healthy and fit: 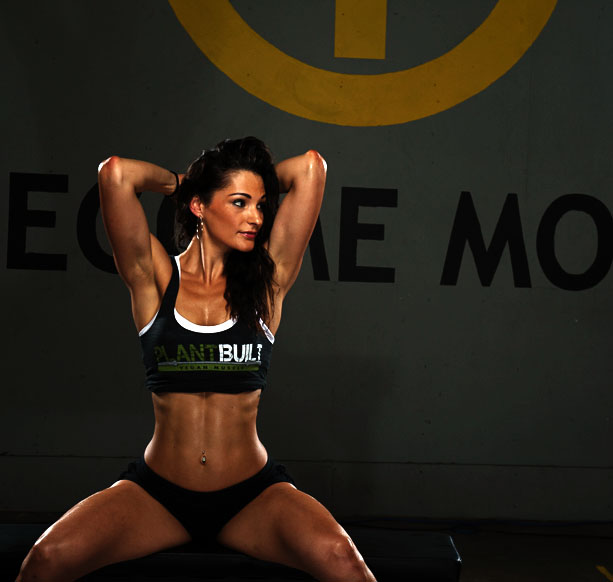