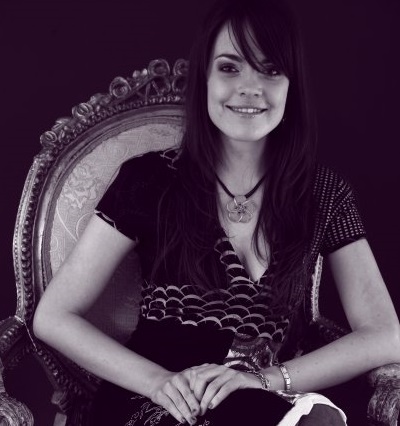 Starting an online magazine is hard work. There are issues to be figured out, matters to be put in place, and, in my case, a terrible amount of things to learn. Setting up a self-hosted WordPress site was far from the easiest thing a tech-newbie like me ever had to do! But when asked about what the most difficult part of setting up this project was, I have no doubt in my mind: coming up with the name.

When I first had the idea of starting a cruelty-free fashion magazine, I felt beyond inspired. It was like I had finally found the one thing that I wanted to bring into the world, the one thing I’d want to be known for. But how could I possibly proceed without a name for it? Every potential name I thought of seemed either trite or so far-fetched that no one would ever understand what I was on about, never mind want to find out more and actually read my site. I was stuck.

Firstly, there was the matter of absolutely everything being taken. My first pick was Alexandra, my middle name  –  five minutes on Google told me that Alexandra Magazine had been a feminist title in the Seventies. Next was Wildrose, a name that I found out belonged to a US political party. On that flowery note, I kept going through floral-sounding names (I even had a dream one night of the magazine being called Violet!) only to find out that, believe it or not, there is somewhere in the world a magazine, a website or an e-shop with exactly every flower’s name. Ivy, Lily, Azalea, even Clover are all taken. It annoyed but also fascinated me.  Secondly, I tried things with a V (for vegan): Avenue V, Project V and so on. Obviously all taken, which wasn’t much of a surprise. Researching names was both fun and extremely frustrating, bringing me nowhere closer to my goal of finding a title that fit my project to a tee. A name that brought life to everything I imagined my magazine to be.

“You’re looking for something that’s easy to pronounce, something that sounds like ‘vegan’ but without saying the word, something memorable and not already taken,” observed my fiancé. “Yes!”, I exclaimed, “Exactly!” “Well, you’re never going to find it, because it doesn’t exist,” he deadpanned (as you can see, he can be quite direct, which I sometimes appreciate). I started to suspect that maybe he was right.

When I started working on the magazine with my mentor from the Marie Claire Inspire & Mentor Scheme, Poppy Dinsey, I voiced my name concerns to her. She suggested a few things in French, making me think outside the English box  and try names in different languages. Then, it suddenly hit me – I grew up in Sweden, so why not use a Swedish word? Throw in a V for vegan and the name of the magazine you’re now reading was born.

Vilda means “the wild one” in Swedish. To me, Vilda stands for choosing your own path in life. For following your heart and your dreams. For living close to nature, but without sacrificing modern comforts. The wild one – she who makes her own rules (and then breaks them, if that’s what she wants to do).  Vilda is freedom. Freedom to live your life after your own heart.

Now, when I see the magazine’s logo, I always think, “I can’t believe it took me so long to think of that name – why didn’t it come to me sooner?” It seems like such a perfect, obvious choice.

Moral of the story: good things come to those who keep looking, even when it seems like you’ve tried everything and nothing’s working. And also, please don’t give your website a flower’s name. At least not if you want to stand out from the crowd.